Canberra has recorded 19 new cases of coronavirus with 11 in quarantine for their entire infectious period as a Delta outbreak continues in the ACT. 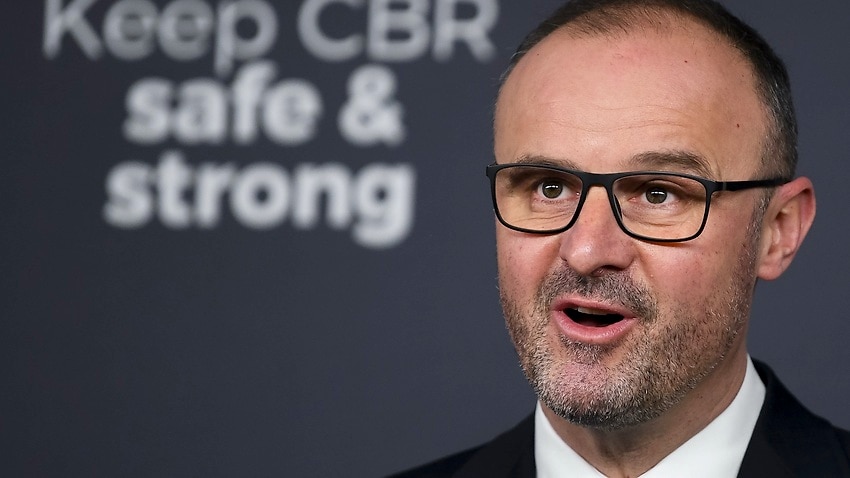 Canberra recorded 19 new cases on Tuesday, with 13 linked to current exposure sites or contacts and six under investigation.

Eleven of the people were in quarantine for the duration of their infectious period, six spent some time in the community and two remain under review.

Mr Barr took aim at senior Morrison government figures who lashed some states for lagging behind on vaccination rates.

"What has been very disappointing and frustrating is some of the national commentary criticising Queensland, WA, Victoria and South Australia for not having vaccination rates as high as New South Wales," he said.

Mr Barr said it was understandable Pfizer doses were directed to NSW where a major outbreak is ongoing.

"What we will start to see over the next four-to-six weeks is the rebalancing of the national vaccine supply pipeline into the other states and territories," he said.

He said it was in the ACT's interest for NSW to have nation-leading vaccination rates because the state surrounded Canberra.

The chief minister also signalled the ACT would not automatically follow the NSW government's lead in relaxing restrictions at 70 per cent full vaccination coverage.

He described a mid-October goal for Sydney pubs to reopen as ambitious.

"I wouldn't presume that because New South Wales might do something that's adventurous and risky we might copy them," Mr Barr said.

There are 230 active cases in Canberra, where the outbreak has infected more than 400 people.

The ACT continues to lead Australia in vaccination rates for people aged 16 and above with 47.6 per cent fully immunised and 71.4 per cent having received a first dose.

He said the territory faced a challenging time in coming months while the balance of the population were immunised.

"We're going to continue to face ongoing risk, not only of internal community transmission within the ACT but new sparks and clusters emerging from a degree of cross-border travel."