Australia's peak body for workers has called on the government to establish an inquiry into the role of Australian authorities in Hakeem Al-Araibi's arrest in Thailand.

The Australian Council of Trade Unions (ACTU) has joined a chorus of voices calling for the release of Bahraini refugee and Australian permanent resident Hakeem Al-Araibi, who has been detained in a Thai prison since November last year.

"Hakeem is an Australian permanent resident and an Australian union member. Our movement will not accept this kind of treatment of any of our members," ACTU President Michele O'Neil said. "It's deeply disturbing that our own authorities would help a country to extradite an Australian resident when they are accused of torturing that person."

Mr Al-Araibi, 25, was arrested after arriving in Bangkok for a holiday due to an Interpol red notice issued by Bahrain for an alleged act of vandalism in his home country. The notice has since been withdrawn.

Australian football associations and figures were quick to rally around the Melbourne-based semi-professional footballer, but as the detention stretches into its third month, a variety of organisations, including the Australian Human Rights Commission and Amnesty International, have spoken out.

"We are calling for his immediate release, so he can return to his wife, his football club, and his home in Australia," said Ms O'Neil.

"We are also calling for a parliamentary inquiry into the circumstances around his detention, and the role Australian authorities played in this awful situation."

In December, the Department of Home Affairs and the Australian Federal Police confirmed they alerted Thai authorities to the red notice and Mr Al-Araibi's impending arrival.

In response, an international criminal watchdog accused the Australian government of facilitating Mr Al-Araibi's arrest despite knowing the red notice was invalid. 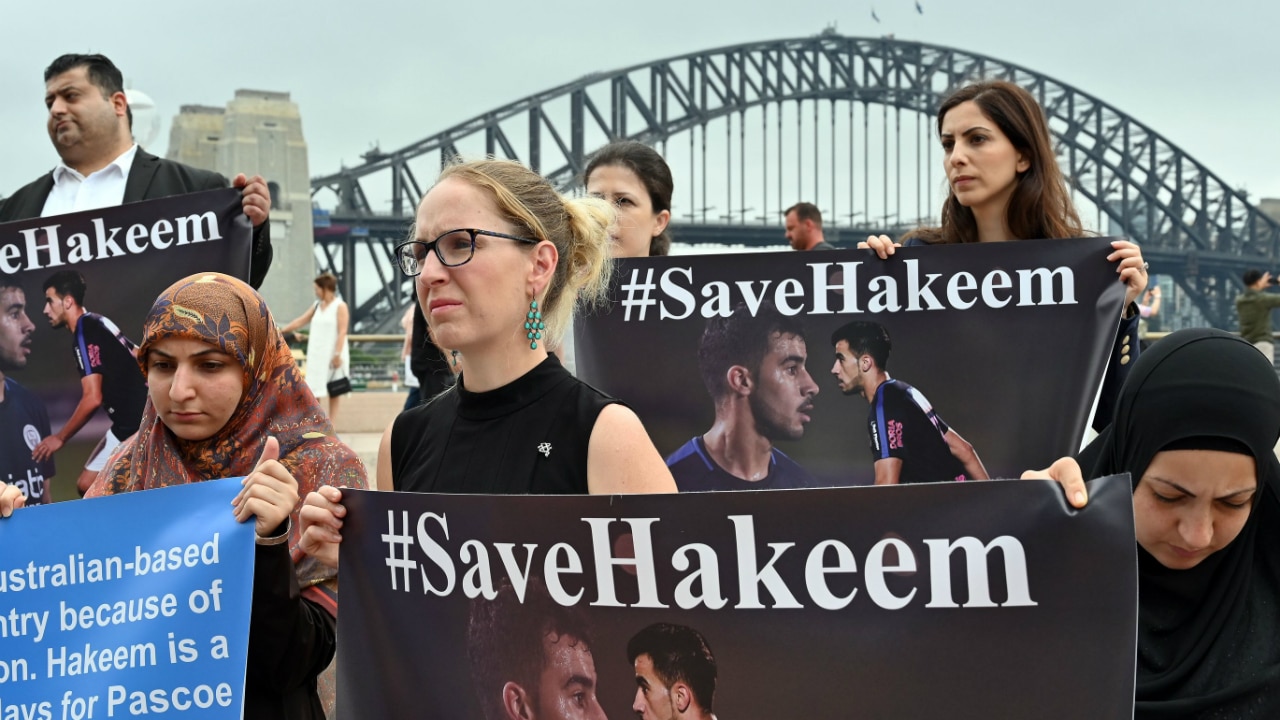 A number of organisations have called for the release of Hakeem Al-Araibi as his detention stretches into it's third month.
Getty Images

In a December 12 letter addressed to home affairs minister Peter Dutton, Fair Trials claimed the Australian Federal Police would have been aware of Interpol's policy which states that red notices are not allowed against refugees and asylum seekers if the alert was requested by the country where they fear persecution.

Ms O'Neil has written to Australia's foreign minister, Marise Payne, calling for the establishment of the inquiry.

Earlier this week, John Didulica, chief executive of Professional Footballers Australia (PFA), said the Asian Football Confederation (AFC), whose head is a member of Bahrain's ruling family, should intervene for his freedom.

Mr Didulca said Salman bin Ebrahim Al Khalifa, as AFC president, was obliged to safeguard footballers' rights, but he had seen no evidence of action.

As co-convenors of the bi-partisan Parliamentary Friends of Football, Bert van Manen MP & I have written to the Thai Gov, seeking the safe return of local player Hakeem Al-Araibi. On behalf of all Aussie ⚽️fans, we want Hakeem back where he belongs - on the ⚽️ field. #savehakeem pic.twitter.com/gOwod7mC6m

Co-chairs of the Parliamentary Friends of Football, Senator Murray Watt and MP Bert van Manen, have also written to the Thai government to call for his release.

Former Socceroos captain Craig Foster has been a vocal supporter of Mr Al-Araibi and said the "very brave" man should be returned home.