Commuters could face significant delays as opponents of the Adani coal mine march through Brisbane's CBD on Friday afternoon.

Adani mine opponents have vowed to "stop the city" with a protest march through Brisbane in peak hour on Friday afternoon.

Police have warned commuters to prepare for disruptions as protesters gather at Brisbane City Square at 5pm and march through the CBD.

Organiser Catherine Robertson says the march will disrupt traffic and is aimed at putting pressure on the Queensland government to stop the mine. 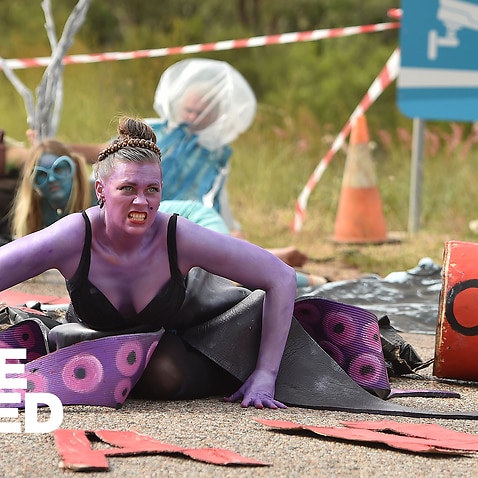 Interactive: Everything you need to know about Adani

"We're stopping the city again because we can't afford to let the Adani coal mine become a reality," she said in a statement.

"The mine is going to destroy the Galilee Basin, lead to mass extinctions and push us to a point of no return on the climate." The Adani mine has now got environmental approval – so what next?

The march follows a similar protest a fortnight ago, which caused major headaches for travellers.

"We won't go quietly into the night," Ms Robertson said.

"Members of the public are being asked to consider their transport options and travel plans," police said.