The Australian government says India has improved its processes, but one anti-trafficking group says corruption is still rife in the country’s orphanages.

Australians will once again be allowed to adopt children from India, after the federal government lifted an eight-year suspension over trafficking concerns.

Assistant Minister for Children and Families David Gillespie confirmed he wrote to his state counterparts on Monday morning, as a group of politicians launched a new pro-adoption advocacy group.

He said India had “improved its processes” to comply with the Hague convention on adoption and could rejoin the 13 countries still on Australia’s approved adoption list. Among the Asian nations on the list are Thailand, Sri Lanka, the Philippines and China. “Officers from the department have been there and checked what they've got in place,” Mr Gillespie told SBS News.

“The recommendation is to start with small numbers and obviously observe and make sure that what is in place on paper is what happens in reality,” he said.

Mr Gillespie said in the lead up to the 2010 decision, orphanages were acting as the “marketer of the children” and playing the leading role in putting them up for adoption.

He said the Indian states were now in charge and were running the system more ethically. The government could also move on a new adoption deal with Kenya, Mr Gillespie said.

Liberal senator Lucy Gichuhi, who migrated to Australia from Kenya, had already held preliminary talks with the Kenyan president.

Mr Gillespie said the Kenyan leader was “keen to reopen discussions” but stressed there were “many steps before we get to the stage we've reached with India”.

‘It cannot be done right’

One anti-trafficking group has warned the Indian adoption system is still plagued with scandals and corruption, urging the Australian government not to proceed with reopening the pipeline.

“I’m pretty sure that trafficked children, children who have not been properly [cleared] for adoption will end up with Australian parents,” Arun Dohle from Against Child Trafficking told SBS News, speaking on the phone from the Indian city of Pune. 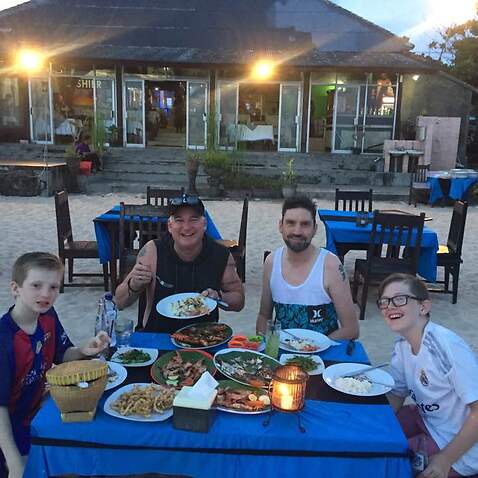 From foster to 'forever' parents: One gay couple's path to adoption

Mr Dohle said there were still trafficked children sold to Indian orphanages and he alleges corruption in the country’s child protection agencies was allowing children to slip through the cracks.

He said there was “absolutely no way” to conduct proper vetting because the Hague convention makes background checks the responsibility of the source country.

“They have to trust the Indian authorities,” he said.

“Australia would do much better assisting India to take care of the children instead of importing them from India. It cannot be done right. A market in children can never be right.”