A mass fish death in NSW's Darling River has prompted officials to install river aerators in the region and consider other options, including moving fish.

Water officials are hoping pumping oxygen into Australia's biggest river system may prevent more of its fish from dying, and may even consider relocating critical species to healthier habitats.

Aerators are to be placed in NSW's Darling River as part of a suite of new strategies to try and prevent future mass death events in the Murray-Darling basin.

Four of the solar-charged machines will be installed in the Lower Darling region after an estimated one million fish died at Menindee last week. NSW Regional Water Minister Niall Blair has admitted the aerators, which will also be installed at Lake Keepit near Tamworth and Lake Burrendong near Dubbo, are a "bandaid solution".

"Nothing will stop this fish kill unless we get proper river flows and levels in our dams back to normal," he said.

Aerators were among options discussed for preventing further fish deaths in the basin at an urgent meeting of officials in Canberra on Tuesday. River managers, environmental water holders and fisheries scientists additionally thought it could be worth relocating critical species of fish to healthier habitats.

But Mr Glyde has conceded that wouldn't be an easy task.

"Issues such as biosecurity and fish stress can make this option challenging," he said in a statement.

The group also expressed an interest in exploring "new technologies".

Senior government officials will return to Canberra on January 22 for a follow-up to Tuesday's meeting. 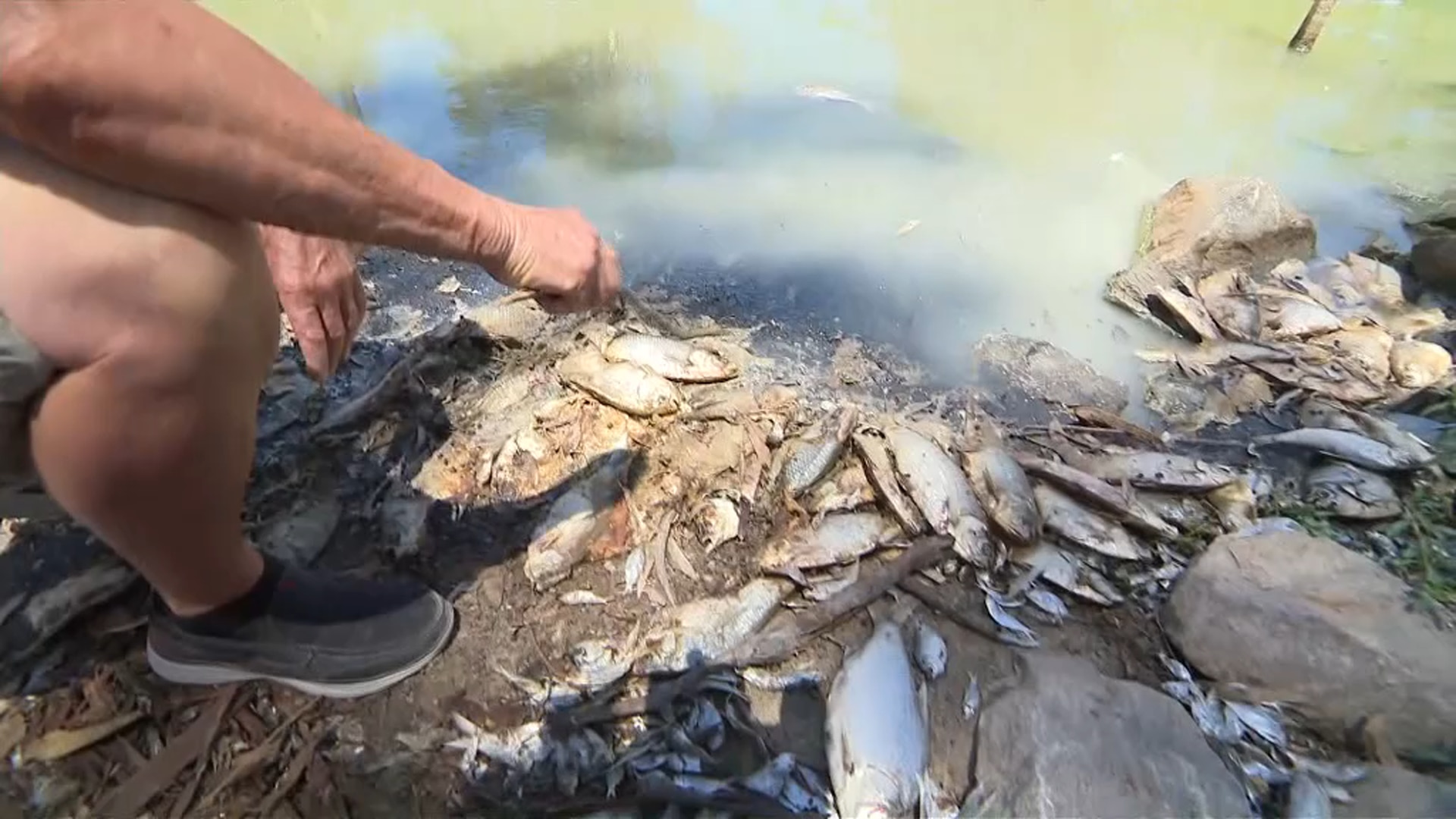 The fish were killed by a toxic bloom of blue-green algae.
SBS

Federal Water Minister David Littleproud wants the states to agree to use $5 million from Murray-Darling Basin funds for a strategy to look after native fish.

Labor leader Bill Shorten wants an emergency task force to investigate the ecological disaster and has called for more bipartisanship with on the issue.

The response comes as the NSW government drastically revised down the number of fish thought to have died in another event near the NSW-Victorian border.

After initially suggesting some 1800 fish had died in Lake Hume, the government said an investigation found approximately 60 dead carp in the Murray River lake.