The ex-military lawyer whose leaking of documents to journalists was at the centre of raids on the ABC last week will be in the ACT Supreme Court today.

A former Australian military lawyer charged over the leaking of documents to ABC journalists will face a directions hearing in the ACT Supreme Court on Thursday.

In May, David William McBride, 55, was committed to stand trial on a charge of theft of commonwealth property and three counts of breaching the Defence Act.

He is also charged with the unauthorised disclosure of information.

The leaks were to journalists Dan Oakes, Andrew Clark and Chris Masters, who produced the 2017 investigative report, The Afghan Files. The report examined incidents between 2009 and 2013 where special forces allegedly shot dead insurgents and unarmed civilians, including children.

McBride, who represented himself at his last appearance in court, has pleaded not guilty to all charges.

The ACT Magistrates Court heard in May - when chief magistrate Lorraine Walker committed the case for trial in the Supreme Court - that McBride would consent to orders proposed by the commonwealth attorney-general governing how sensitive material is handled during the case.

McBride was arrested by federal police at Sydney airport as he sought to return to his new home in Spain in September 2018, having come back to Australia briefly for a father-daughter school dance.

Police had raided his home in February 2018, armed with a search warrant looking for information relating to the ABC journalists, military files and the news stories. 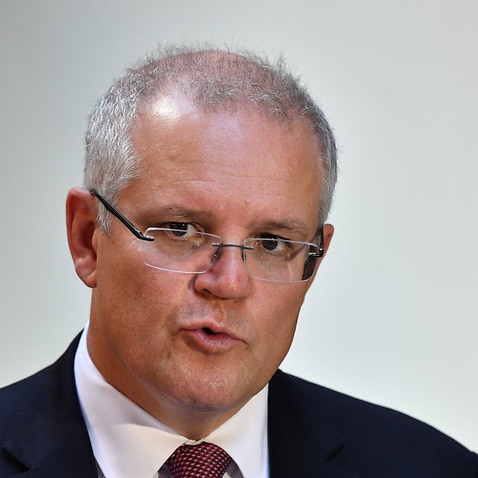 'Our laws are being upheld': Morrison shrugs off raid on journalist's home

Federal police raided the ABC's Sydney headquarters last week, which sparked outrage among politicians and the media over press freedom and whistleblower protections.

McBride served for nearly six years with the British Armed Forces before serving in the Australian Defence Force from 2008 to 2017, including two tours of Afghanistan.

He was medically discharged in 2017.

In March, McBride told reporters outside court: "I saw something illegally being done by the government and I did something about it."

"I'm seeking to have the case looking purely at whether the government broke the law and whether it was my duty as a lawyer to report that fact."