The new Taliban government says Afghanistan's education system had changed since their last time in power. But women will only be allowed to study in gender-segregated classes and Islamic dress enforced. 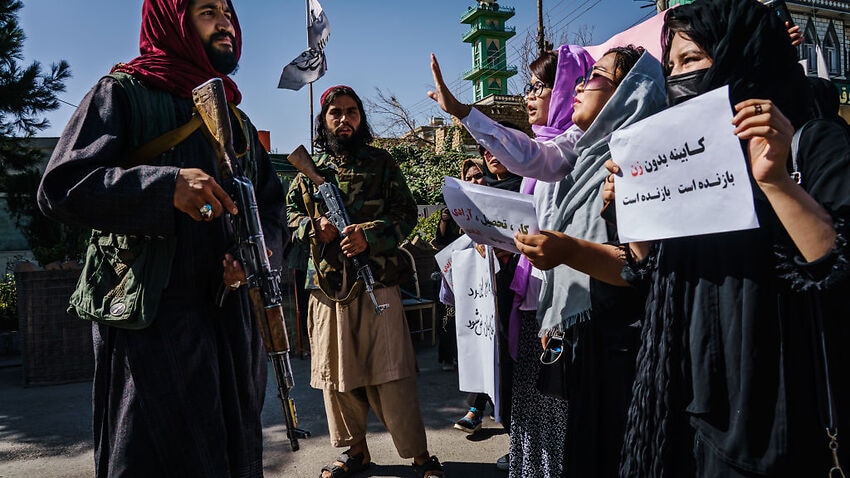 Afghan women will be allowed to attend university as long as they study separately from men, the Taliban's new higher education minister said on Sunday.

Women's rights in Afghanistan were sharply curtailed under the Taliban's 1996-2001 rule, though since returning to power last month, the hardline Islamists have claimed they will implement a less extreme rule.

But speaking to reporters about the new regime's plans for the country's education, Minister Abdul Baqi Haqqani was unapologetic about bringing an end to mixed education.

"We have no problems in ending the mixed education system," he said. "The people are Muslims and they will accept it."

The Taliban announced earlier this month that women could still study at university if they wore an abaya robe and niqab covering most of the face, with classes segregated by gender - or at least divided by a curtain.

Mr Haqqani said that Afghanistan's education system had changed greatly since the Taliban's last time in power, when women were effectively barred from schools and universities.

"Compared to the past, the number of educational institutions have increased dramatically," he said.

"This gives us hope for a future, prosperous and self-sufficient Afghanistan... we will continue from where they were left."

Some fear the new rules will exclude women because the universities do not have the resources to provide separate classes.

But Mr Haqqani insisted there were enough female teachers and, where they were not available, alternatives could be found without breaching rules.

"It all depends on the university's capacity," he said.

"We can also use male teachers to teach from behind a curtain, or use technology."

The Taliban say they want to distance themselves from the harsher policies of old, when half the population was excluded from work and education.

Under new rules, women may work "in accordance with the principles of Islam", the Taliban have decreed, but few details have yet been given as to what that exactly might mean.