Sri Lanka looks set to end a 43-year moratorium on capital punishment as President Maithripala Sirisena continues his offensive on the drug trade.

Sri Lankan police on Monday destroyed nearly 800 kilos of cocaine in the presence of the President, valued at more than $141 million.

The drugs were seized in four raids between June 2016 and June 2018. More drugs await the conclusion of court cases before they are also destroyed under judicial supervision, officials said.

Mr Sirisena has vowed to step up his 'drug war' and promised to import high tech equipment to detect narcotics at ports and airports.

He also said he's decided on the date when Sri Lanka's first executions since 1976 will be carried out.

“The death penalty is part of the country's constitution but it has not been implemented,” the president told reporters.

“This is the reason for the increase in crimes, underworld activities and the drug menace.”

"In the coming days the death penalty will be carried out. The list of names in this regards has been finalised and we have also decided on the date."

Capital Punishment is not outlawed in Sri Lanka and is a mandatory penalty for murder.

But there have been no executions since 1976 because successive presidents have refused to sign death warrants.

Consequently, all death sentences have been commuted to life in prison, with over 400 prisoners serving time on death row according to the Sri Lankan Prison service.

In March the government advertised in newspapers for a new executioner, asking for candidates with "excellent moral character” and “mental strength". 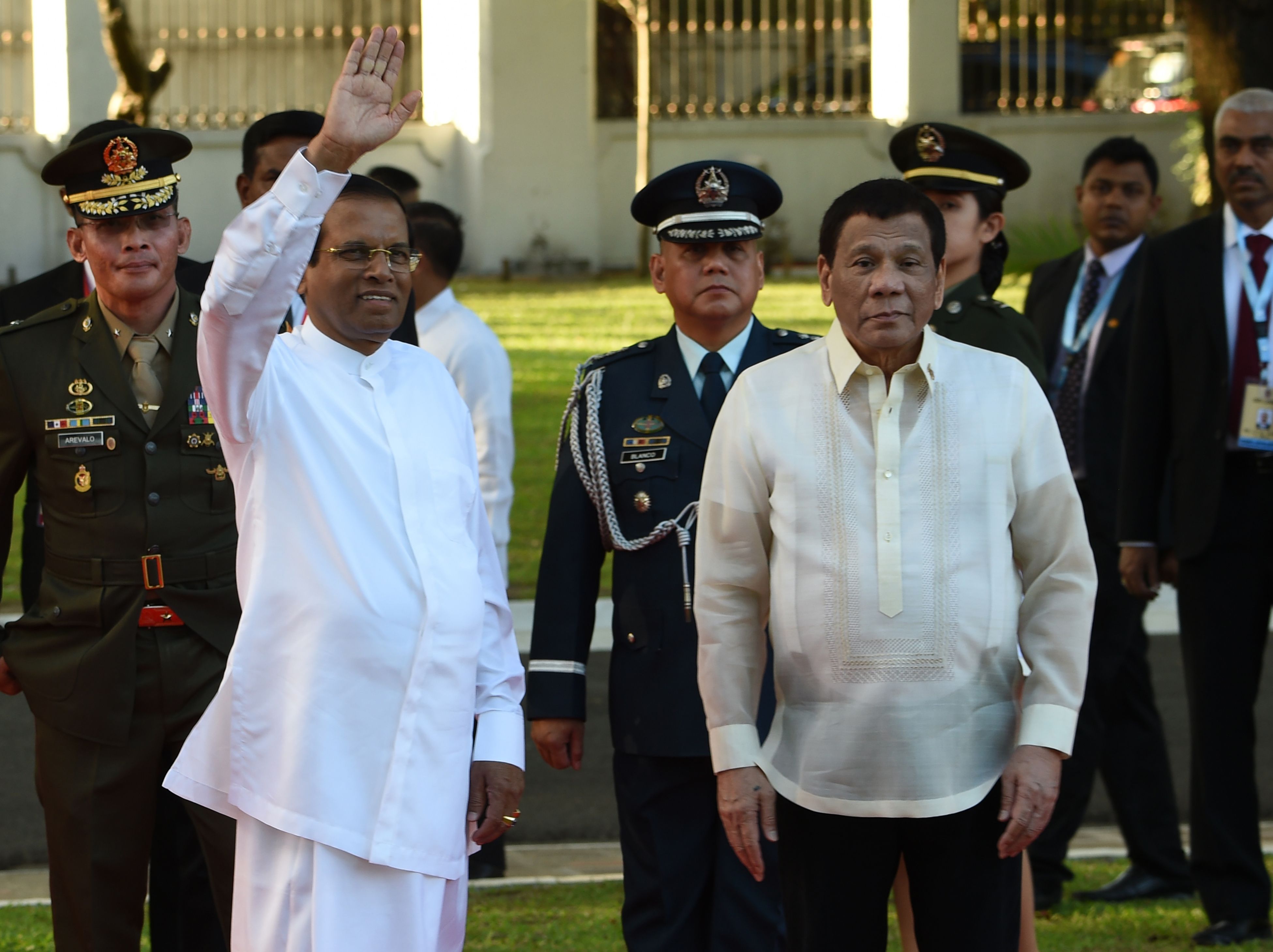 The president’s approach is influenced by that of Filipino president Rodrigo Duterte, whose violent ‘war on drugs’ has claimed thousands of lives.

Mr Sirisena visited the Philippines in January and praised Duterte’s strongarm tactics as an “example to the world”.

“Drug menace is rampant in my country and I feel we should follow your footsteps to control this hazard,” he said in Manila.

Human Rights groups are urging the president to cancel the planned executions and reinstate the moratorium on capital punishment.

“President Sirisena’s decision to restore the death penalty because he was inspired by the Philippine’s murderous ‘drug war’ may be the worst possible justification and would violate international law,” said Meenakshi Ganguly, South Asia director of Human Rights Watch in a statement.

“Executions, whether imposed by a judge or carried out unlawfully by the police, are not the way to address drug offenses.”