A community on the NSW south coast devastated by bushfire is calling for Australia’s environment laws to be strengthened so they can better protect nature from land clearing and development.

Bill Eger helped save hundreds of homes on the NSW south coast during this summer’s unprecedented bushfire season.

Now the Rural Fire Service volunteer has another fight on his hands - to stop a proposed housing development of 20 hectares of forest in Manyana, a coastal town essentially cut off from the world for almost a week when the Currowan blaze tore through in January.

Mr Eger said the site, which was approved for development by the NSW government in 2008, is one of the last pockets of unburnt bushland in the area.

“We have to stop this piece of ground from being bulldozed because this ground is a source, it’s a Noah’s Ark, of what’s left,” he told SBS News. 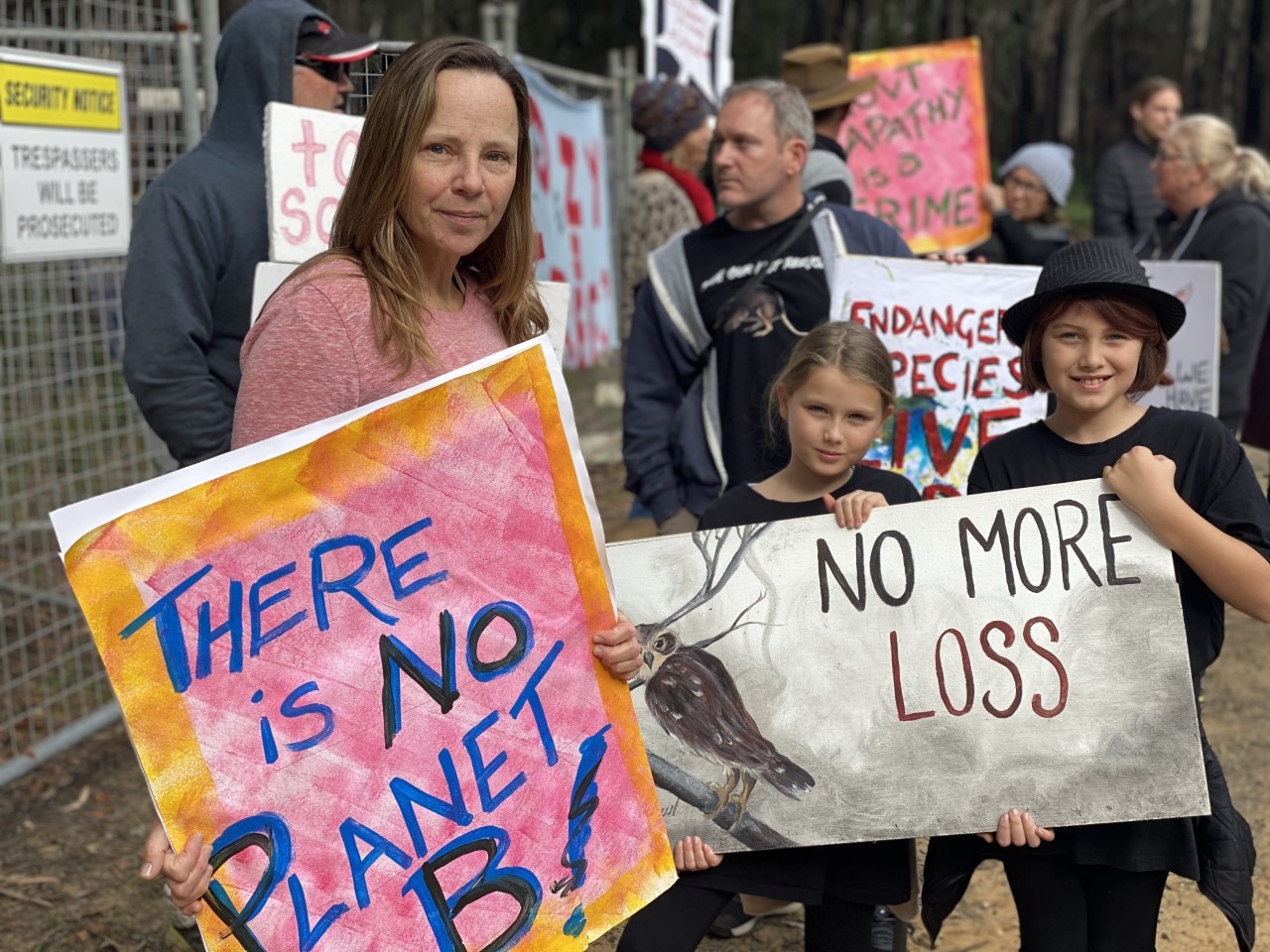 Community action group Manyana Matters, represented by the Environmental Defenders Office, was due to return to the Federal Court last Friday for further hearings on the matter, but dropped its legal case after private negotiations with developer Ozy Homes.

“This undertaking allows us further time to continue the fight,” she said.

“It’s going to take at least a 12 month assessment ... to find out what is living in there.”

Ms Lowrey said the land at the centre of the dispute is a known wildlife refuge for threatened species, including the swift parrot and greater glider, which since the development's approval in 2008, have been listed as vulnerable under national environmental law.

Australian actor Claudia Karvan has joined Manyana Matters' cause, appearing in a video uploaded to social media calling on the federal government to intervene.

“We urgently need the government to step up and protect what’s left,” she said in the video.

“This is particularly significant, it has mature trees that are crucial for wildlife and our ecosystems.”

The Department of the Environment and Energy last week wrote to lawyers representing Ozy Homes requesting an opportunity to review the results of new ecological surveys.

"This information will assist in determining whether the project impacts should be referred under the Environmental Protection and Biodiversity Conservation Act," a spokesperson for Environment Minster Sussan Ley said. Ms Lowrey said residents are pushing for the local, state and federal governments to buy the land back from the developer and turn it into a nature reserve.

"We believe there is enthusiasm building for a buy back that includes the state government, federal government, major philanthropy and community fundraising," she said.

Mr Eger said he hoped the campaign would help to prevent other bushfire-impacted areas in Australia from land clearing and development.

“We’re very protective of this bush and we think that the laws should be changed,” he said.