The Chinese artist and activist has criticised Australia's treatment of refugees as his work goes on display in Sydney.

Ai Weiwei, one of the world’s leading contemporary artists, has installed a 60-metre inflatable life raft crammed with 300 figures on Cockatoo Island in Sydney.

It’s a giant replica of the perilous journey thousands of refugees have made across the Mediterranean Sea and his contribution to this year’s Biennale of Sydney. 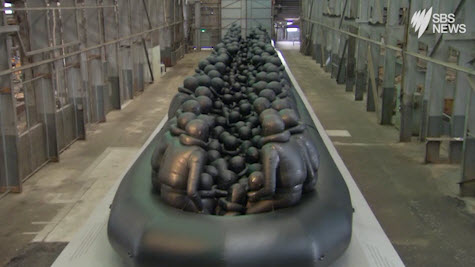 As ‘Law of the Journey’ was unveiled on Monday, Ai called on Australia to take a more compassionate approach towards refugees and criticised the country’s use of detention centres.

"It gives Australia such a bad image, about who Australia is, what the Australian culture really is about," he told SBS News.

"You often hear politicians say 'stop the boats' or 'build the wall', to build it longer and higher, to create tremendous obstacles for people trying to survive."

Ai has spent the last two years focused on human migration, visiting 40 refugee camps in the making of his documentary ‘Human Flow, a film by Ai Weiwei’.

"They don't want to leave their home, they only leave their home because they are pushed away. We cannot say ‘stop the boats’, ‘build the wall’. We should stop the war, stop the famine, we should educate the young people to have a better future," he said.

While the installation is bleak, Ai says the reality is far more brutal.

"In this piece, you don't hear the ocean waves, the dangers, the darkness, the coldness of the water. You don't see children, babies crying with no parents ... You don't see older people 80, 90 years, trying to survive the journey, trying to come to a land in which nobody even accepts them."

Ai is himself a refugee of China and known for his criticism of the country’s government. He was detained in China for 81 days without charge in 2011 over “economic crimes” and says his experience gives him an insight into the plight of refugees.

"I was born as a dissident because my father was exiled. I grew up in exile camps far from home, being neglected and discriminated. That prepared me for understanding those people who are voiceless and discriminated." 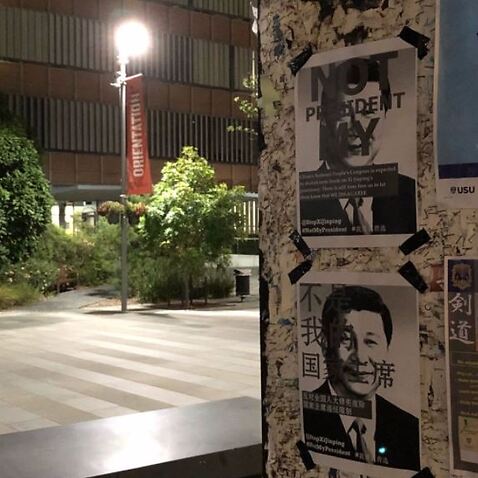 His activism has made him an enemy of the Chinese government and he now lives and works in Berlin, Germany. He considers himself a global citizen but remains fiercely critical of China's lack of freedom of speech and independent judiciary.

Asked about Chinese President Xi Jinping's new "unlimited term" in power, Ai said it is merely a product of a broken system with "deep wounds".

"The same system, one-party system never really let people vote, never had an independent judicial system or freedom of speech. So under those kind of circumstances, changing it to have a longer (term of) power or fast-changing power, it's the same."

He says the global attention to Xi's consolidation of power misses the point.

Ai Weiwei will be in conversation at the Sydney Opera House on 15 March ahead of a screening of ‘Human Flow, a film by Ai Weiwei’ as part of the 21st Biennale of Sydney (16 March – 11 June).