A new campaign by Australian Federal Police is being rolled out at Australia's busiest airport to try and raise awareness about the crime of forced marriage.

A targeted campaign at Australia’s busiest airport is hoping to disrupt the complex issue of forced marriage.

The campaign will see posters plastered on the back of bathroom doors and in other areas of the airport, targeting passengers at risk of being taken overseas - or just arriving in the country - to be married against their will. 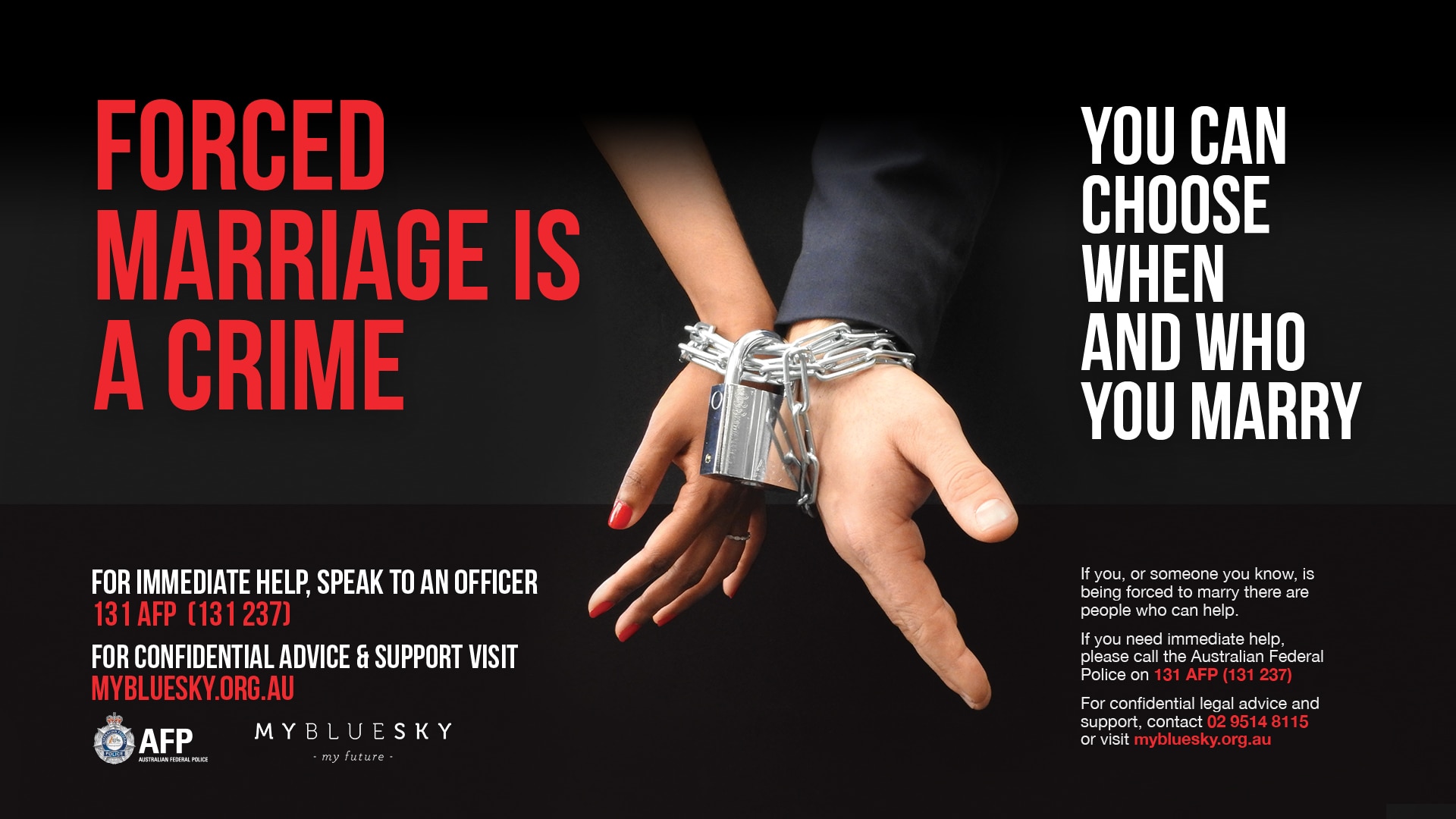 "We want all members of the community to know that marrying somebody has to be your choice,” AFP Assistant Commissioner Debbie Platz told reporters.

Forced marriage was introduced as an offence into the Commonwealth Criminal Code in 2013 and is defined as when a person gets married without freely and fully consenting because they've been coerced, threatened or deceived, or do not understand the nature and effect of a marriage ceremony.

“Typically it’s young people [who are victims] up to age 25.” 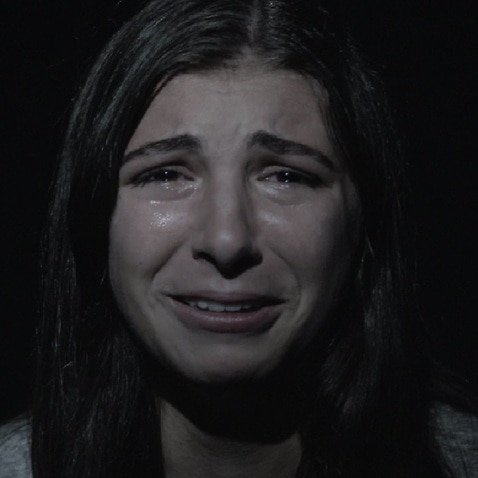 Trauma of forced marriage in Australia revealed in new campaign

The posters will be displayed in the toilets -generally, the only place victims are alone.

Sydney airport was chosen as the launch site of the project as it's Australia's busiest, with more than 44 million passengers passing through every year.

“We want travellers passing through Sydney airport to stop and realise - there may be somebody sitting next to you at a departure gate who is being forced to travel overseas,” Assistant Commissioner Platz said.

There were 91 reports of forced marriage referrals to the AFP in the 2018-2019 financial year. The number could be higher due to under-reporting, police believe. 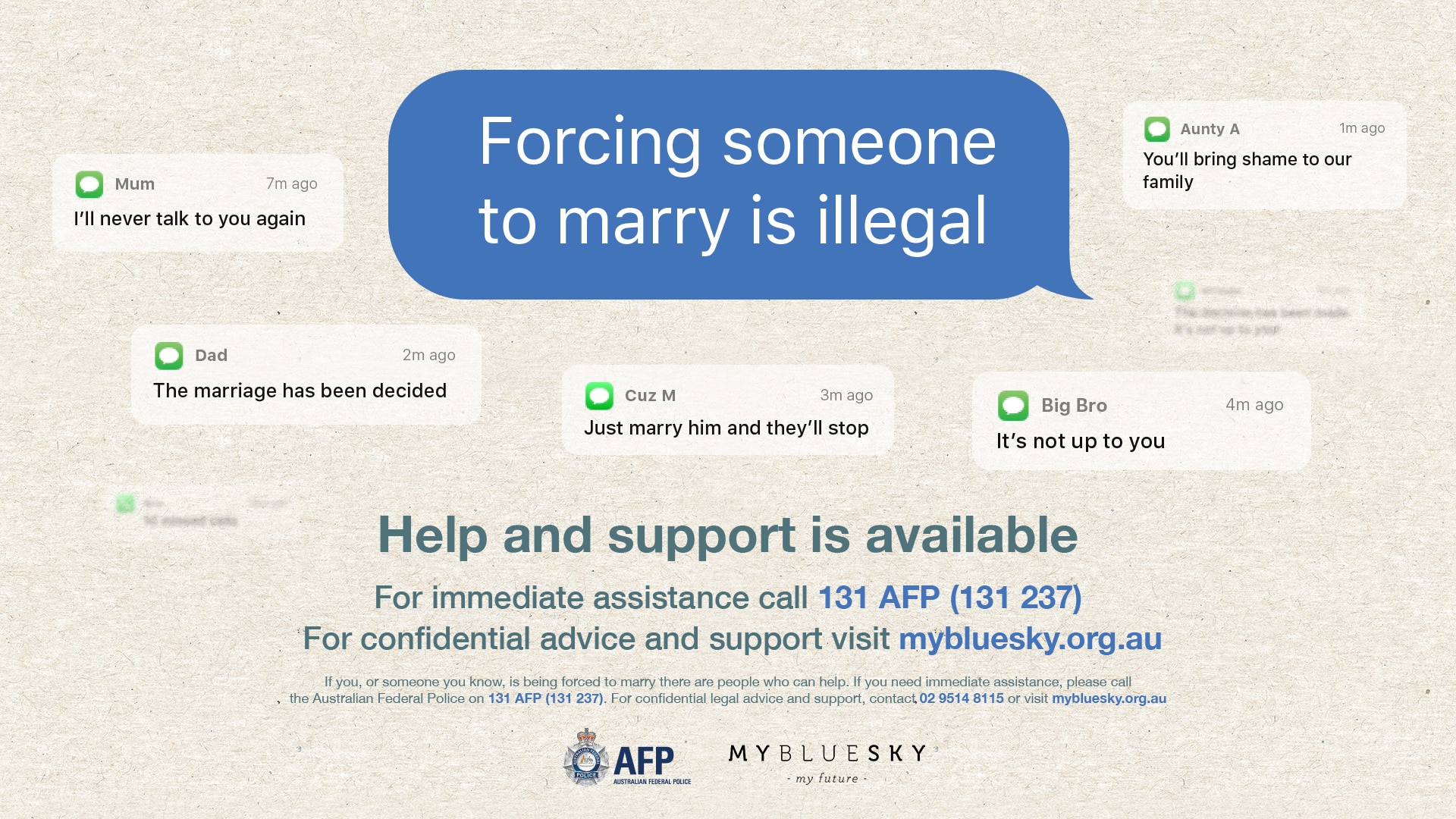 But advocates who work with vulnerable women in multi-cultural communities are questioning whether the campaign will be effective.

“At the airport, it's too late. And you're also dealing with a criminal issue then and no woman wants to criminalise her family."

The pilot program will be reassessed after six months and potentially introduced in other languages and locations.