An airstrike by Syrian government forces in northwest Idlib region killed 33 Turkish soldiers and wounded others, a Turkish official says.

At least 33 Turkish soldiers have died in airstrikes in the northwestern Syrian province of Idlib, an official says, amid an unprecedented escalation in the battle for the country's last opposition stronghold.

Governor Rahmi Dogan of the Turkish province of Hatay, which borders Idlib, says wounded soldiers being treated in hospital were not in a life-threatening condition.

Blaming the attack on Syrian government jets, he said the casualties were brought across the border from the Cilvegozu crossing.

There was no announcement from President Recep Tayyip Erdogan, who chaired an emergency security meeting lasting several hours into early Friday to discuss the situation in Idlib, where Syrian government forces backed by Russian airpower have steadily advanced. "It was agreed in the meeting to retaliate in kind against the illegitimate regime that has pointed its gun against our soldiers," said Fahrettin Altun, Erdogan's communications director.

That retaliation was underway via air and land, he said.

The meeting concluded that "the Assad regime is responsible for the killing of hundreds of thousands of Syrians", referring to the government of Syrian President Bashar al-Assad.

Turkey, Russia and Iran are the guarantors of the so-called Astana peace process launched in Kazakhstan in January 2017 to end the Syrian war.

The attack marks the single largest death toll in a day of Turkish soldiers in Idlib.

The Syrian Observatory for Human Rights told DPA that 34 Turkish soldiers were killed and tens of others wounded when warplanes and Syrian government shelling hit their convoy in Jabal al-Zawiya, near the strategic Idlib town of Saraqeb. In late April, the Syrian government, backed by Russia, launched an offensive to seize the region from rebels.

Ankara and Moscow, which support opposing sides in Syria's war, reached a deal in Sochi in 2018 to create a demilitarised zone around Idlib and stave off a Syrian offensive.

But even their latest ceasefire reached in January collapsed. 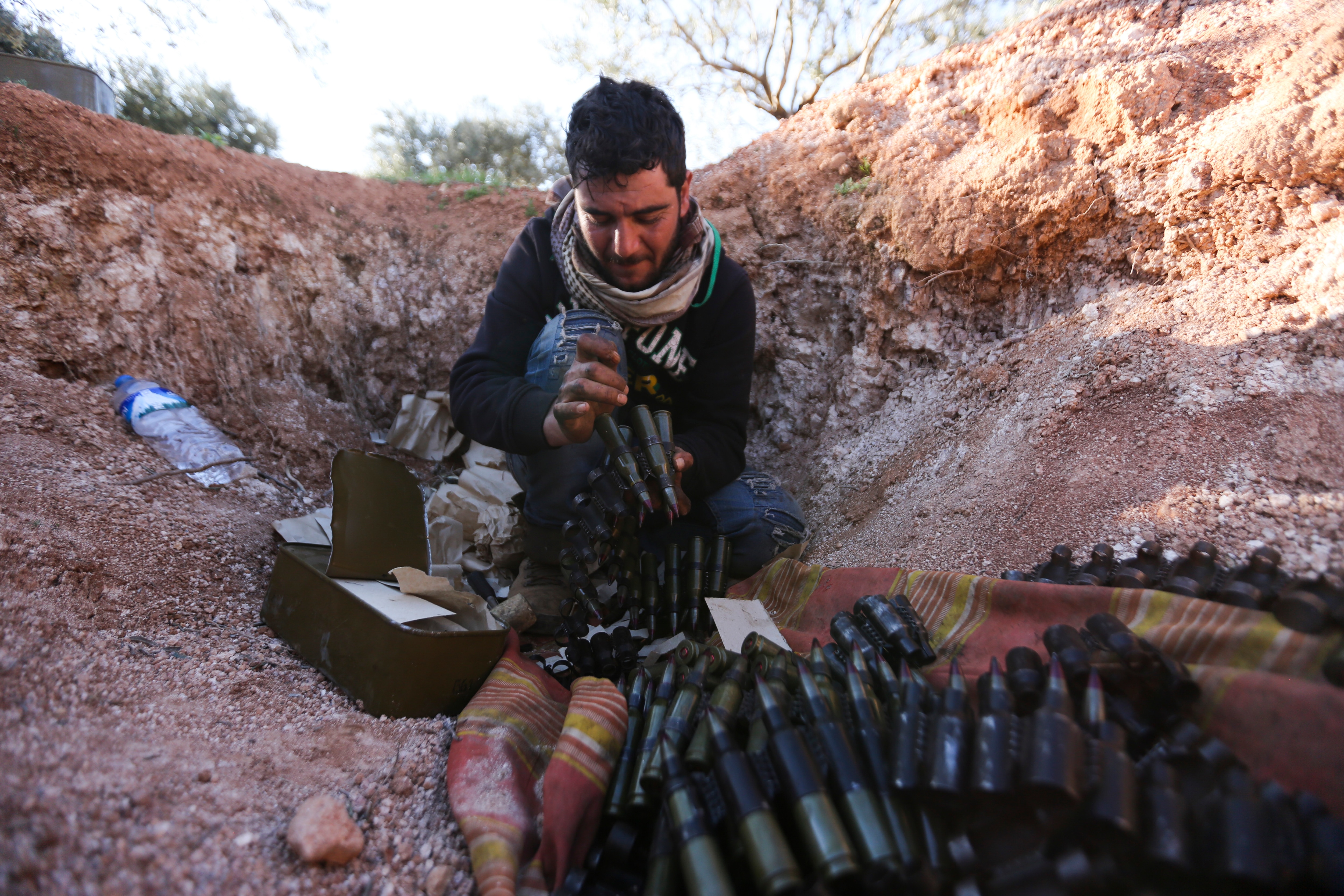 Turkish backed Syrian fighter loads ammunition at a frontline near the town of Saraqib in Idlib province, Syria.
AP

Mr Erdogan has given an end-of-the-month ultimatum for Syrian government forces to stop besieging Turkish observation posts in Idlib that were set up under the deal with Russia.

The incident came as a senior Turkish official told Reuters the government would no longer stop Syrian refugees reaching Europe.

Turkey hosts about 3.7 million Syrian refugees. Under a 2016 deal, the European Union has provided billions of euros in aid in return for Ankara agreeing to stem the influx of migrants into Europe.