It's hoped the move, announced by prime minister Xavier Bettel, will ease the traffic congestion in the European country.

It soon won't cost a cent to ride on public trains, buses and trams in Luxembourg, which is set to become the first country in the world to make all its public transport free.

Fares will be lifted next summer under the recently re-elected coalition government led by Xavier Bettel. 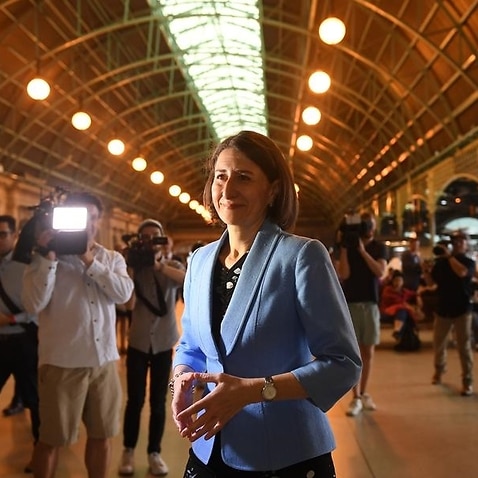 The Luxembourg Prime Minister was sworn in for a second term on Wednesday after his liberal-led coalition secured a narrow victory in an election in October.

As well as free public transport from 2020, Bettel had also promised to invest more in public services and to legalise recreational use of cannabis. Re-elected Luxembourg prime minister Xavier Bettel will make all public transport in his country free from next Summer.
AAP

Currently, fares are capped at €2 ($AUD3.15) for up to two hours of travel, which in the small European nation covers almost any journey.

It's understood abolishing all public transport fares will save the government money on the collection and processing of fares.

The move is also aimed at reducing traffic congestion by encouraging the use of public transport instead of private cars. The move to make all public transport in Luxembourg free is aimed at reducing the country's traffic congestion.
AAP

Luxembourg City suffers from some of the worst traffic congestion in the world.

A study suggested drivers in the capital spent an average of 33 hours in traffic jams in 2016.

Some other city centres around the world offer free transport in a bid to reduce congestion, and in some US towns, the bus system is free. But no other nation has eliminated fares from its entire transport network.