A Vietnamese woman is pleading with the immigration minister not to be deported and possibly separated from her Australian son, after her bid for a partner visa was rejected.

Now time is running short. Lisa Le say she has been told by authorities to prepare to leave by the end of the month.

“Let me stay with my son, don’t separate me from my son,” Ms Le says with tears in her eyes.

“I didn’t do anything wrong, I try the best for my son’s future.”

She arrived in Brisbane seven years ago from Vietnam as a university student.

Her two-year-old son William is an Australian citizen from a three-year marriage the Department of Immigration does not recognise.

“I left him and went back to him and he keep being violent to me,” she claims.

“When I’m pregnant I left him for my (unborn) son’s safety.” 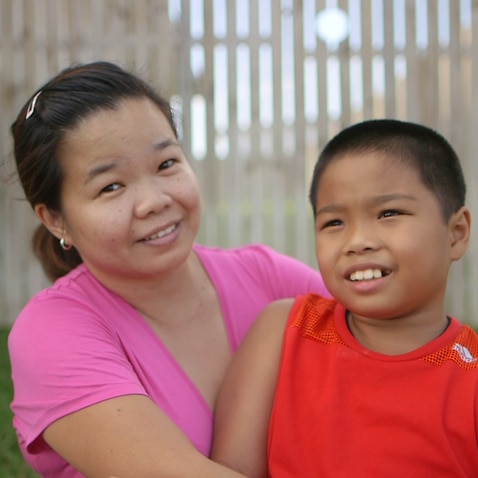 Family violence within partner visa relationships is not uncommon and is recognised in the Migration Act.

“They’re quite often afraid to come forward declare there is family violence in their application in their relationship because their visas might not be granted,” said migration agent Rebecca Lim.

“There is provision there in the legislation that if a woman can establish there is family violence in the relationship, by various means, that she could get a permanent visa and stay in the country.”

The young mother is now faced with a difficult and heartbreaking choice.

Ms Le can take her Australian son away from the land of his birth and his father, or leave him behind.

She may be forced to because William cannot get a passport without the absent father’s consent.

Ms Le has asked the immigration minister Peter Dutton to intervene in the interest of not separating a young Australian from his parent and primary care giver.

Supporters have also started a petition and written to the minister.

“I’ve written to Mr Dutton to give her her own immigration status, to give her a permanent visa and raise her Australian-born son but do so free from the violence of the relationship she was in,” said Senator Larissa Waters, Deputy Greens leader and party spokesperson for women.

“The issue of domestic violence for women who come here on spousal visas is enormous and it is not an issue the government is dealing with well.”

The immigration department says the request to the minister is being assessed and Ms Le will not be forced to leave before there is an outcome.

If the minister refuses to intervene and she is deported, Williams' future is very uncertain.

“So if the mother is removed, who is going to look after that child? Will he become a ward of the state? Will he be adopted? Will he be fostered? The best interest of the child must be at the forefront of the decision,” Ms Lim said.