Almost 40 protesters have been arrested during the latest protest demanding the release of asylum seekers from a Brisbane hotel.

Almost 40 protesters have been arrested during another rowdy protest demanding the release of asylum seekers detained at a Brisbane hotel.

Hundreds of people joined a protest march to the Kangaroo Point Central Hotel & Apartments on Sunday, where about 120 men are in long-term detention.

Police arrested 37 people after they staged a sit-in, refusing to move on after a two-hour protest permit expired.

They have been charged with refusing to comply with police orders and will face court at later dates.

The Kangaroo Point hotel has seen a succession of protests that have ramped up in the last few weeks.

Protesters are demanding the freedom of the men, brought to Australia from Manus Island and Nauru, mostly under orders that they receive specialist medical care.

Some have been confined to the hotel for a year, but have notched up almost seven years in detention overall. 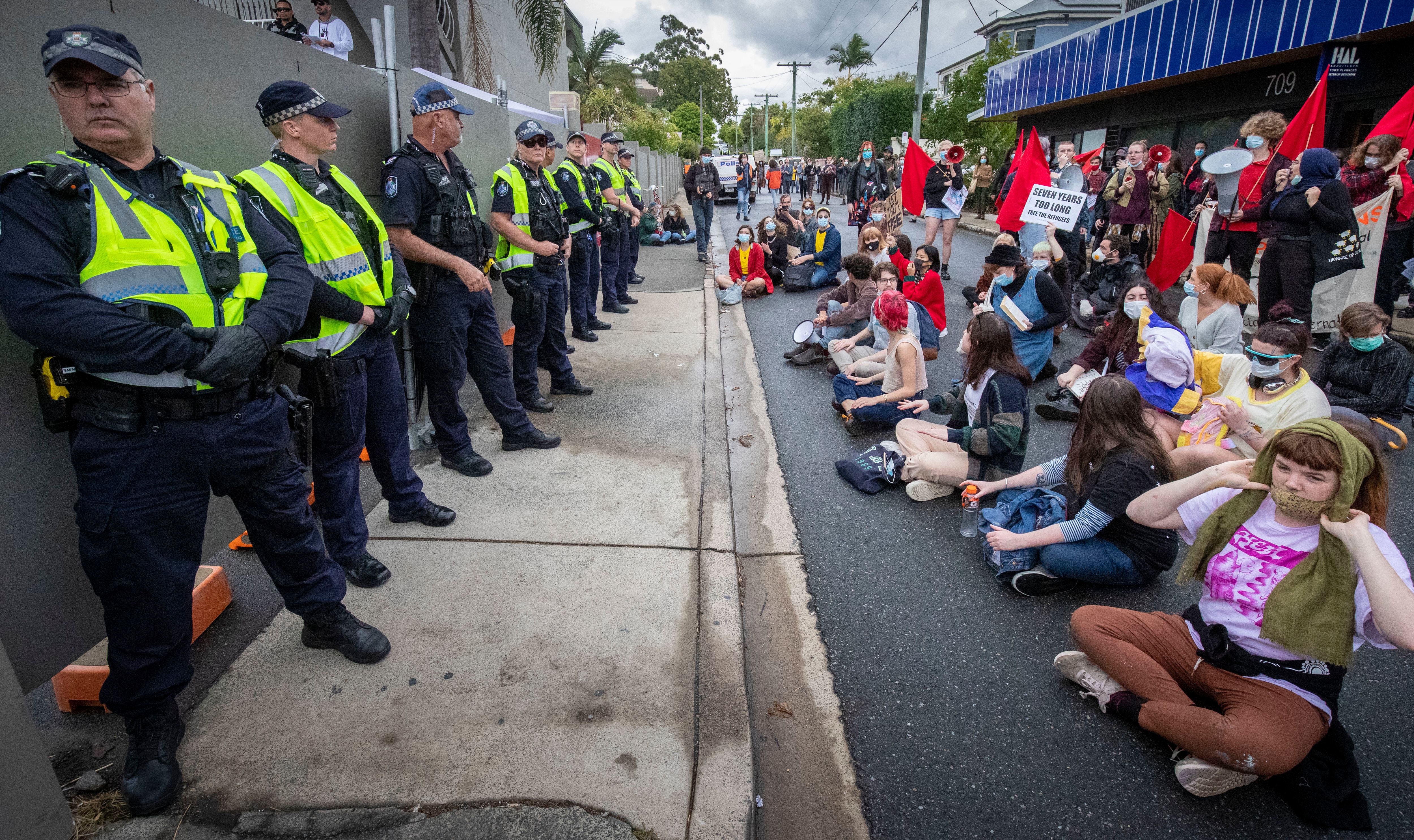 Brisbane City Greens councillor Jonathan Sri, who was arrested at a previous rally at the hotel, said protesters had told police they would move from the road if they were allowed to pass hot food to the men inside.

"The government refused, and instead of passing over the meals, decided to arrest dozens of people," he wrote on Facebook.

"Ironically, the protest organisers had made a deliberate decision not to block Main St this week in order to minimise traffic disruption, but in the end, Main St was fully blocked off not by protesters but by police cars that were queuing up to take people to the watch house."