Nearly 400 people have been injured during rioting and demonstrations in Beirut, as protesters continue to rally against the government.

It was the heaviest toll since the protests erupted three months ago, with the Red Cross and Civil Defence saying 377 people at least were rushed to hospitals or treated at the scene.

More demonstrations were expected later Sunday as part of the wave of popular protests that has demanded the wholesale ouster of the Lebanese political class, which the activists condemn as inept and corrupt.

Protesters had called Saturday for a week of "anger" as an economic crisis deepened while efforts remained deadlocked to form a new government to replace the one that stepped down under street pressure late last year. 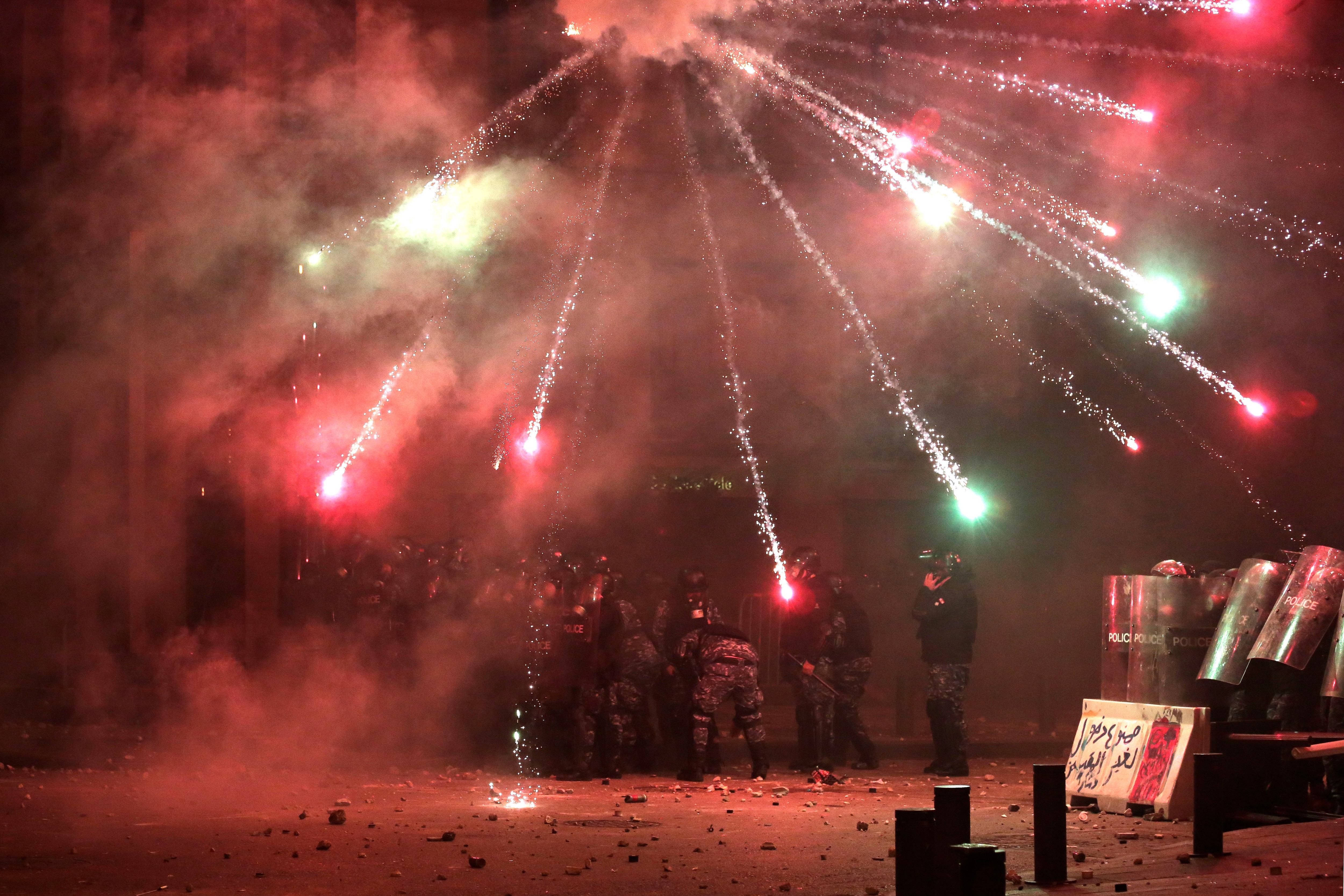 Anti-government protesters use fireworks against Lebanese riot police as part of the clashes.
AP

Saturday's clashes began after dozens of protesters, some concealing their faces with scarves, threw rocks, plant pots and other objects at anti-riot police guarding the road leading to parliament.

The security forces responded with water cannon and tear gas to disperse the crowds.

The Civil Defence said late Saturday 43 people were taken to hospital and that it had treated at the scene 114 others who were "slightly injured or suffered from breathing problems". The Red Cross said it had rushed 80 people to city hospitals while 140, including both protesters and members of the security forces, were given first aid at the scene of the clashes.

The state-run National News Agency said around 30 people were detained following the violence but were later released.

Meanwhile, security forces said they had opened an investigation after a video shared online showed police beating up people believed to be protesters as they were brought to a Beirut police station. Tents, erected by protesters, are set alight as the clashes go on into the night.
AP

The protest movement that has rocked Lebanon since 17 October is demanding that a new government be comprised of independent experts and exclude all established political parties.

The previous government headed by veteran premier Saad Hariri stepped down on 29 October under pressure from the street but has stayed on in a caretaker capacity.

The demonstrators have been denouncing rampant corruption in Lebanon and accuse authorities of being inefficient and motivated by personal and partisan gains. 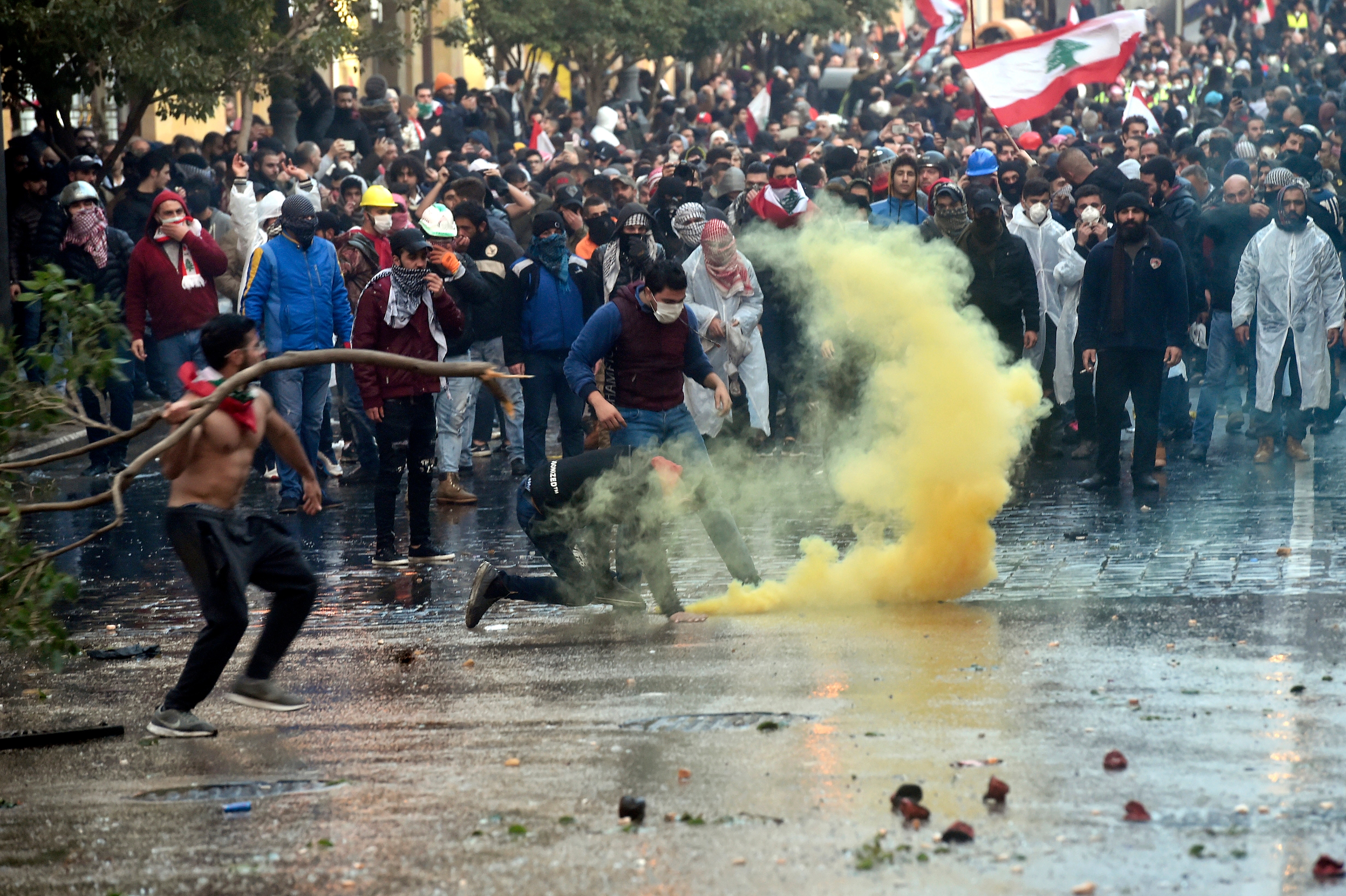 Anti-government protesters clash with Lebanese riot police during a protest outside of the Lebanese Parliament in downtown Beirut.
EPA

Political factions agreed on 19 December to appoint former education minister Hassan Diab as the new premier but have since squabbled over proposed ministers.

The World Bank has warned of the worsening impact on the economy, saying the poverty rate in Lebanon could rise from a third to half of the population if the political crisis is not resolved soon.

On Sunday, calls were posted online for new demonstrations near the parliament.