The cap on Australians returning from overseas will be increased by 150 additional places per week in Queensland, Prime Minister Scott Morrison announced, as he reiterated the government's intention to "look after Australians first".

Following a national cabinet meeting on Friday, Mr Morrison said the number of Australians wishing to come home "has been growing every day", with more than 35,000 Australians overseas registering interest in returning.

The limit will also now be measured per week, instead of daily, in order to increase flexibility.

"By doing them over a week we can get greater utilisation of the caps, which will increase our ability to get more Australians home. Wherever possible, we are looking for additional capacity," Mr Morrison said.

"There is a queue and Australians are at the front of the queue."

This means international students, outside of previously announced pilot programs, will not be able to return to Australia "at this time", the Prime Minister said.

“The challenges we have in getting Australians home means the ability to move and take international students back at this time through quarantine arrangements does not present itself.”

PM says Australia isn’t ready to take in international students: “It's Australians coming home first. That is the Commonwealth policy, that is our policy, and that is the policy that is also being followed by the National Cabinet.”@SBSNews #auspol pic.twitter.com/3r9A80MECw

More than 400,000 Australians have returned from overseas since the beginning of the pandemic. There are currently no plans to introduce alternatives to the hotel quarantine scheme, such as on-campus isolation for students.

"We've taken a good look at it, and those options aren't presenting," Chief Medical Officer Paul Kelly said. "We'll keep looking, but I'm not going to raise an expectation that you could expect to see them."

Mr Morrison said he would meet with Victorian Premier Daniel Andrews next week to discuss reopening the state's hotel quarantine program, after it marked two weeks of no new coronavirus cases on Friday.

He also confirmed that all state and territory leaders, with the exception of Western Australia, had agreed to a plan to reopen Australia by Christmas.

"The plan importantly embeds public health metrics in ensuring that when Australia opens safely that it remains open safely, and that is incredibly important," he said.

Meanwhile, discussions about further possible travel bubbles with other low-risk nations are underway, Mr Morrison said, but an announcement was unlikely to be made before the end of the year.

He flagged the topic would be raised with Papua New Guinea's Prime Minister James Marape during a visit next week.

"It's working well with New Zealand at the moment," he said. "There may be small countries where there are zero cases and very low-risk ... [but] that is not in our immediate future."

The government has also released details of its plan for a COVID-19 vaccination program, stating it would be free for all Australian citizens, permanent residents and "most visa-holders".

State and territory leaders have endorsed the Australian COVID-19 Vaccination Policy, released on Friday. Under the program, proof of vaccination may be required to enter Australia but it will not be mandatory for the broader population. 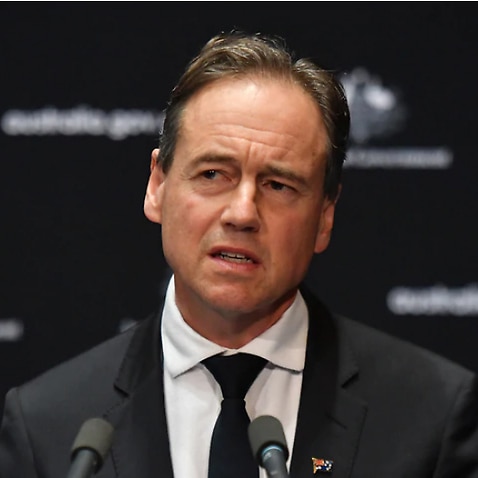 Australia is 'on track' to deliver a coronavirus vaccine by March next year, Greg Hunt says

"There are no short cuts to this. It is going fast. That's true. But all of the processes for regulation will be there," he said.

A Queensland-made coronavirus vaccine could be available to the public in the third quarter of 2021.

Early data from phase one clinical trials shows the CSL and University of Queensland vaccine is safe, well tolerated and induces a strong immune response.

US pharmaceutical giant Pfizer reported this week its candidate had a 90 per cent effectiveness rate in late-stage clinical trials.

Australia is on track to begin vaccinations in March, with the government hoping deals with four candidates will pay dividends.

Correction: An earlier version of this article said an additional 150 Australians will be able to return from overseas each day under the increased travel cap. Is has been corrected to each week.