A senior constable within WA Police was in 2017 accused of racially profiling Aboriginal, Indian and Pakistani drivers when conducting roadside drug tests, according to a police investigation report released under freedom of information laws.

An internal investigation was launched after a complaint was made about the officer, who appeared to be targeting drivers on the basis of race.

According to the heavily-redacted documents, one WA Police officer “observed that a significant majority of the cars targeted by [the accused officer] were driven by either Aboriginals, Indians or Pakistanis”.

A former state police officer as well as the Ethnic Communities Council of Western Australia say the accusations of racial profiling are shocking but not surprising.

The police investigator tasked with unravelling the accusations concluded they were "unable to establish the exact circumstances" behind the alleged incident - although they could not disprove it.

"The investigation was unable to establish sufficient evidence to clearly prove or disprove the allegation," the internal report stated.

One witness who spoke to the investigator said drug tests were random and did not allow for the "targeting of a specific ethnic group".

In an apparently conflicting account, the investigator was also told that some roadside drug tests were based on “the physical appearance of the driver".

"[Redacted] will often take note of what drivers look like and identify if a targeted drug wipe should be done," the report read.

"[Redacted] bases this on the physical appearance of the driver, specifically: unkempt appearance, complexion and sallow skin."

A screenshot from the investigation report
SBS News

Former WA Police Force officer Jim Taylor, who worked at Perth Police Station from 2004 until 2012, said he was not surprised by the allegation, saying it fit within a “racist culture” he experienced during his time on the force.

He said he thought more incidents of racial profiling would have occurred but gone unreported because the police culture “really frowned on making complaints”.

“It was totally unacceptable, like you’re a dobber or snitch and you'd receive all sorts of mistreatment from the hierarchy or colleagues … especially about racism. Only very few [incidents] turn into a complaint,” he told SBS News.

Mr Taylor, born in Turkey as Umit Demir, now works as a translator and is a board member of the state's ethnic communities council.

Ethnic Communities Council of WA president Suresh Rajan also said the allegations of racial profiling uncovered in the FOI documents did not surprise him. “The WA Police culture has been one that is significantly white, male, Catholic and anglo-Celtic in nature. That has been the basis of the foundation of that organisation,” he said.

Mr Rajan said he was aware of further anecdotal evidence from people of culturally and linguistically diverse backgrounds claiming to have been unfairly targeted by WA Police Force, but few acted and actually lodged complaints, some potentially due to “fear of retribution”.

“There is a lot that needs to be done to make the complaints mechanisms more accessible for people from CALD communities. They come from places where policing is done in a militaristic fashion. We have a community policing model. There is a significant difference,” he said.

“We need to be spending considerable time teaching CALD communities that complaints can be lodged without fear of retribution.”

A screenshot from the internal investigation
SBS News

WA Police Force did not respond to specific questions about the racial profiling allegation, an alleged culture of not reporting racial complaints or whether racial profiling was a problem among members.

A spokesperson said the WA Police Force treats “all complaints against its members seriously, and conducts thorough investigations of such matters with independent oversight by the Corruption and Crime Commission.” During his time with WA Police Force, Mr Taylor said officers were particularly racist to Indigenous people, with various slurs and comments about them being “the lowest race on earth”, “animals” and “feral” commonplace.

No one was routinely punished for such comments, he said.

He said he experienced bullying and racism from colleagues himself- resulting in depression and post-traumatic stress disorder.

Mr Taylor has compiled a so-called "racism diary" of his time with WA Police, which lists nearly 20 instances of racist incidents he said he witnessed inside the force. 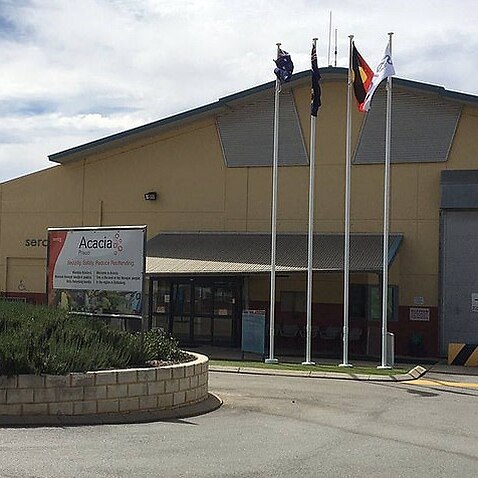 Among the claims on the list are a constable telling Mr Taylor not to worry about a child who had sustained serious injuries in a motorcycle crash because he was “just a c**n”; a sergeant texting team members on Christmas Day saying "make this Christmas white, kill an ab*"; and a senior constable saying he “would f*ck women from any race except b**ngs” to prove he supported multiculturalism.

He also said a former officer used a photo of a dead Aboriginal man as a screensaver on his work computer.

Mr Taylor said he received death threats after he began speaking out about racism within the force, but also lots of messages of support, including from police officers who told him a culture of racism still exists in the WA Police Force.

“I talked to some other coppers who are either in the job or left recently. They said there's not really any difference now,” he said.

Asked separately about Mr Taylor's allegations, the WA Police Force referred to its previous statement and said it had "nothing further to add".

A 2018 cultural security audit report of the Force by academics from the University of Notre Dame indicated there was a sense of hostility towards Aboriginal people in training environments.

The academics also said it was “extremely disheartening to hear evidence of discrimination and blatant racism directed towards some Aboriginal police officers by their colleagues”, some of which “had occurred very recently”.

“We've had a lot of [Aboriginal] deaths in custody in that area,” he said.

“If you have a look at how many Aboriginal people are locked up in the prison system, if they’re profiling, no wonder the numbers are high.”

In addition to a formal apology in 2018 for years of mistreatment of Aboriginal people, the WA Police Force spokesperson said a “number of strategies” have also been introduced to improve relationships with WA’s Aboriginal community, including the development of a reconciliation action plan and the establishment of the Aboriginal Affairs Division.

“Further initiatives also include the Aboriginal flag being flown at all police stations across the state; cultural awareness training for all personnel; the ongoing commitment to the WA Police Force Aboriginal Cadet Program; and the introduction of the Custody Notification System in which the Aboriginal Legal Service is contacted whenever an Aboriginal person is arrested or detained,” they said.

The force will “continue to undertake significant steps to enhance the relationship between police officers and the Indigenous community”, the spokesperson added. Mr Rajan said he and other multicultural community groups have tried to work with WA Police Force on issues such as CALD recruitment and ethnic descriptor policies, but “little has changed” over the years, resulting in a “pasta and polka type of multicultural policy”.

He is calling for WA Police Force to introduce racism-specific key performance indicators and to be more transparent with the way they handle complaints.

“The culture in the police has reverted to what it was years ago. It is not inclusive and certainly very casually racist in its interaction with the public as well as with each other,” he said.

The WA Aboriginal Legal Service was also contacted for comment.

21 mins ago US Politics