German Chancellor Angela Merkel arrived on Friday at the G20 meeting in Osaka amid fears over her health after she suffered a second bout of uncontrollable shaking in just over a week.

German Chancellor Angela Merkel was seen shaking as she met President Frank-Walter Steinmeier on Thursday, her second such bout within two weeks, but her spokesman said she was fine.

Ms Merkel's plane touched down in Osaka with a German government spokesman stressing: "She is doing well. Nothing is wrong."

Ms Merkel, 64, has no history of serious health issues. She was attending a farewell ceremony for Justice Minister Katarina Barley, who is leaving to become a lawmaker in the European Parliament when the incident occurred.

Standing next to Mr Steinmeier as he addressed the gathering, Ms Merkel started shaking visibly in her upper body, then crossed her arms as if to brace herself. She was offered a glass of water but declined to drink it while Mr Steinmeier spoke.

Berlin is in the throes of a heatwave. 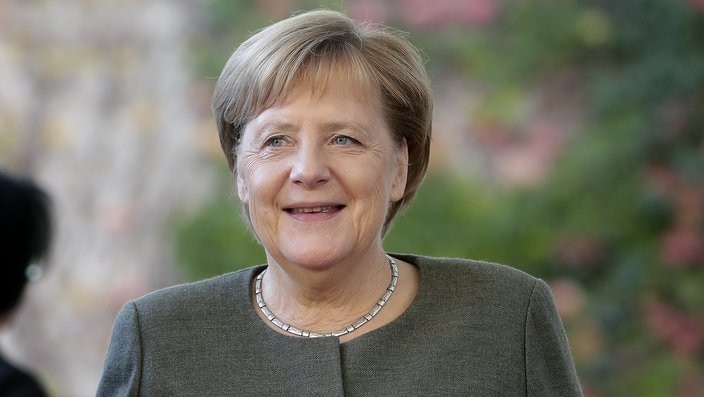 German Chancellor Angela Merkel June 19 2019
(AP Photo/Michael Sohn)
After the ceremony with Mr Steinmeier, Ms Merkel went on to the Bundestag (lower house of parliament) for the swearing-in of the new justice minister.

She showed no signs of shaking and looked relaxed, chatting and laughing with Vice Chancellor Olaf Scholz.

Asked if the chancellor would take part in this weekend's G20 meeting in Japan, the spokesman said: "Everything is taking place as planned. The chancellor is well."

Another government official told Reuters that while Ms Merkel attributed the tremors on 18 June to drinking too little water and too much coffee on a hot day, Thursday's episode was more a psychological issue as she tried desperately to avoid a repeat.

"The memory of the incident last week led to the situation today - so (it was) a psychologically driven process," the official said. "There is nothing to worry about."

Ms Merkel was seen shaking when she met visiting Ukrainian President Volodymyr Zelenskiy on 18 June but later said she felt better after drinking some water.

Were Ms Merkel to be incapacitated, Mr Steinmeier would appoint a cabinet minister as acting chancellor until parliament elects a new chancellor. This need not be Mr Scholz, a member of the Social Democrats, the junior partner in Ms Merkel's ruling grand coalition.

Ms Merkel, in power for 14 years, is renowned for her work ethic and has a reputation for outlasting other leaders at European Union summits with her ability to focus on the details of complex discussions deep into the night.

In the past, she has joked that she is a "sleep camel" who can go days with just a few hours of sleep as long as she gets a full night of shut-eye at the weekend. She is due to go on holiday later in the summer.

Ms Merkel has loomed large on the European stage since 2005, helping guide the EU through the eurozone crisis and opening Germany's doors to migrants fleeing war in the Middle East in 2015 - a move that still divides the bloc and her country.

The chancellor faces a gruelling schedule in the coming days.

After the G20, she heads to Brussels for an EU summit on Sunday at which she will play a key role in trying to seal a deal on the distribution of the bloc's top jobs for the next five years. 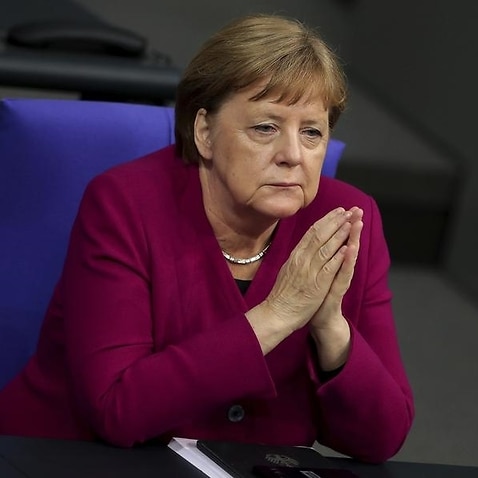 Asked about Ms Merkel's latest shaking episode, Interior Minister Horst Seehofer told reporters: "I won't comment on this. I have never taken part in remote diagnoses because for years I was too often the subject of remote diagnoses."

Appeals to her right for privacy were not enough for some newspapers. "On her health rides the effectiveness of her government and the stability of her country," wrote the conservative Die Welt in a commentary.

Her health, it said, is "not purely a private matter."

Ms Merkel began a stage-managed gradual exit from politics in October when she said her fourth term as chancellor would be her last and that she would not seek re-election in 2021 when the next federal election is due.

In December, she handed over the chair of her Christian Democratic Union to her protege Annegret Kramp-Karrenbauer, though the latter's unconvincing start in the role has set back the CDU's plans for a smooth leadership transition.

When Ms Merkel came into office in 2005, George W. Bush was US president, Jacques Chirac was in the Elysee Palace in Paris and Tony Blair was British prime minister.