Grief and outrage are building in Mexico following the death of a female Salvadoran refugee killed in police custody.

Victoria Salazar died at the Caribbean beach resort of Tulum in late March after her neck was broken while being subdued by police.

Her death has been likened to that of George Floyd’s – a black American man who died in Minneapolis last year after a police officer knelt on his neck for nearly nine minutes. The trial for the officer charged with his murder is currently underway.

Ms Salazar was buried in the southwest of El Salvador on the weekend. Protests against her death were also held in Mexico, where there is growing anger about the rates of femicide - the killing of a woman because of her gender.

her name was Victoria Salazar, and she was murder by police officers in Tulum, México, she was from El Salvador and had two children that now will not see their mom anymore, this breaks my heart, may she rest in peace. #justiciaparavictoria pic.twitter.com/mRoDeqtdp8

Who was Victoria Salazar?

Ms Salazar had lived in Mexico since at least 2018, when she was granted refugee status for humanitarian reasons, and worked in Tulum cleaning hotels.

"We want justice! We hope this is resolved because everyone saw how my sister was murdered. The police did not act right," Carlos Salazar, the victim's brother, told reporters during her funeral.

Family friend Nelly Castro said Ms Salazar was "a good girl". "Nobody deserves to die that way," they said at the funeral. What happened during her arrest?

The attorney general of the Mexican state of Quintana Roo, Oscar Montes de Oca, said last week police were responding to an emergency call for help at a convenience store when Ms Salazar was detained after offering resistance.

An autopsy revealed her neck had been broken.

A video published by news site Noticaribe showed Ms Salazar writhing and crying out as she lay face down on a road with a policewoman kneeling on her back while three male officers stood by.

Mr de Oca’s office on Saturday charged four officers - one female and three males - who had detained Ms Salazar with femicide. It said the force used by officers had been "excessive and disproportionate".

"The events occurred on... March 27 ... when the victim was detained by the police officers and, after being subjected to excessive and disproportionate force, likely prompting the death of the foreign woman," the attorney general's office said.

The Archbishop of San Salvador, Jose Luis Escobar, lamented Ms Salazar's death during a press conference Sunday and urged the governments of El Salvador, Mexico and the United States to defend and respect "the rights of migrants". 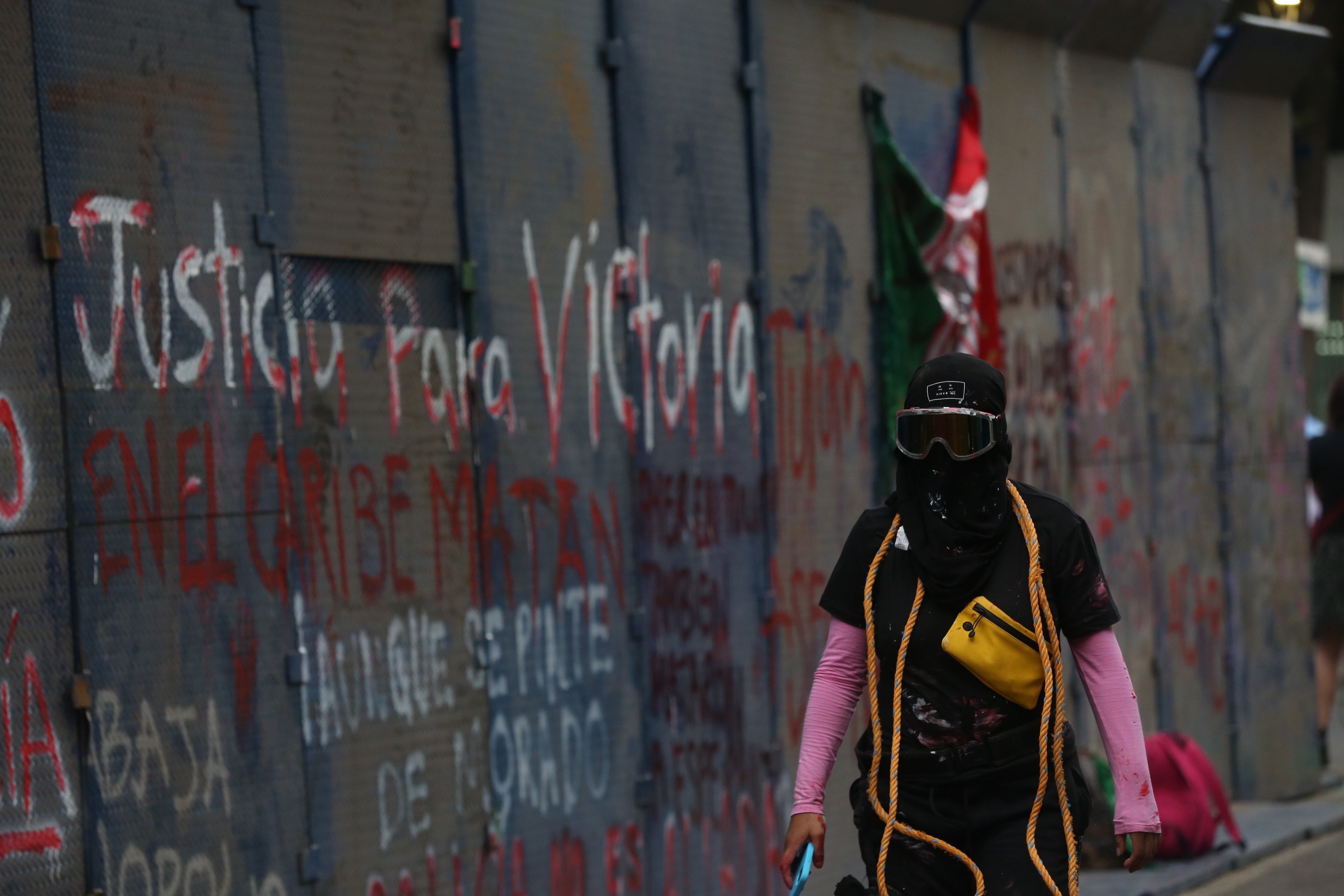 A protester during a demonstration against Victoria Salazar's death
EFE

Ms Salazar's death has sparked outrage on social media and protests against her death, which come amid anger about the rate of femicide in Mexico.

Femicides rose nearly 130 per cent between 2015 and 2020, with official data showing at least 939 women were victims of femicide last year in Mexico.

In November last year, police opened fire on protesters who tried to force their way into Cancun city hall during an anti-femicide demonstration.

5 mins ago US Politics