The number of new COVID-19 infections has skyrocketed in NSW as the state starts publishing data from rapid antigen tests. 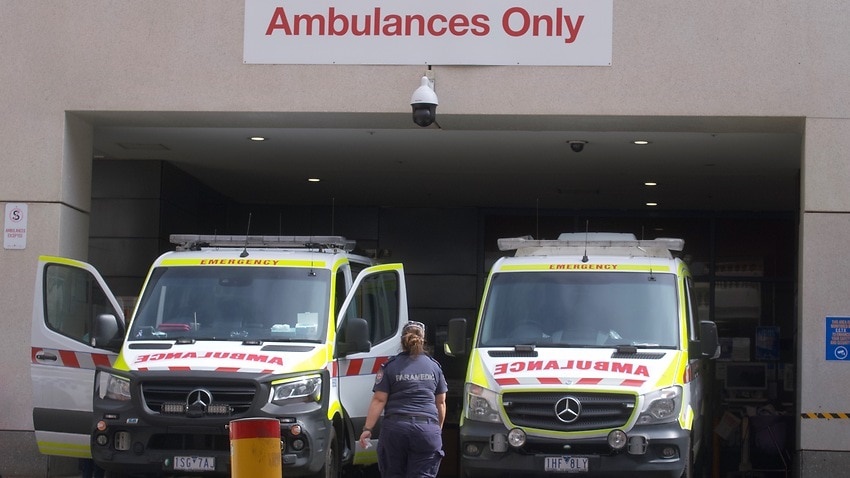 NSW has set a new national COVID-19 case record after recording 92,264 new infections, as it includes positive rapid antigen test (RAT) results in the figures for the first time.

Meanwhile, a total of 57 people have died from COVID-19 across NSW, Victoria, Queensland and South Australia.

Thursday's caseload in NSW represents a rise of 57,505 new cases from the 34,759 infections detected on Wednesday, as the state includes positive RAT results alongside PCR results.

Read More
Why experts say you shouldn't be complacent about Omicron

The dramatic rise in case numbers comes on top of another grim milestone as the state reported a record 22 lives lost in the 24 hours to 8pm on Wednesday - the state's deadliest day of the pandemic so far.

There was also an increase in the number of hospitalisations, with 2,383 people in hospital, up from 2,242 on Wednesday.

There are currently 182 patients in ICU.

The reporting system for positive RAT results went live on Wednesday morning and while the requirement only became mandatory on the day, NSW residents were asked to add tests taken since the start of the year.

From 19 January, anyone who does not report a positive RAT result can be fined $1000.

Victoria will ease isolation rules for more workers, including those in transport and education sectors, as COVID-19 continues to impact businesses and services.

Twenty-five deaths were reported, while there are 953 patients in hospital, including 111 in intensive care of whom 29 require ventilation.

Read More
Positive result for COVID-19 on a rapid antigen test? Here's how to report it

Six people have died from COVID-19 in Queensland as the state records another 14,914 new virus cases and prepares to dump all domestic border controls.

Premier Annastacia Palaszczuk says it's the largest number of people to die from COVID-19 in a day in the state since the pandemic began in 2020.

The people who died were all aged between their 70s, 80s and 90s, and had significant underlying health conditions.

"During the whole two years of the pandemic, we've lost seven people. To lose six in one day is a big shock, and our thoughts are with the people at the moment," she said.

South Australia has reported seven more COVID-19 deaths as the number of new infections across the state also spiked.

Among the deaths reported on Wednesday, six were women aged from their 60s to their 90s, and one was a man in his 90s.

Tasmania has recorded 1,100 new COVID-19 cases, with 10 people being treated in hospital for virus symptoms.

There are 7,969 reported active cases in the state on Thursday, a drop on Wednesday's figure of 8,764.

Ten people are in hospital being treated for COVID-19, an increase on the eight reported on Wednesday.

In the ACT, 1,020 new COVID-19 infections have been detected, taking the number of active infections in the territory to over 5,000.

Read More
If my child or I have COVID, when can we get our vaccine or booster shot?

Meanwhile, the Northern Territory has as reported 550 new COVID-19 cases as it relaxes testing requirements to reduce PCR queue lengths and waiting time for results.

Perth residents are being urged to monitor for COVID-19 symptoms and get tested as more locally acquired cases are detected.

Two new local infections emerged on Thursday in Western Australia, one linked to the Hyatt hotel cluster and the other a household contact of a previous case.