Labor leader Anthony Albanese has called for the country to shun the "counterproductive" debate around possibly moving Australia Day from its current date.

Australia Day should remain on 26 January, according to Labor leader Anthony Albanese.

Despite acknowledging the “devastating impact” the arrival of the First Fleet had on Aboriginal and Torres Strait Islander people and culture, when asked in an interview with Macquarie Radio on Thursday whether he was supportive of keeping Australia Day on the current date, Mr Albanese said: "Yes, I am". People take part in an "Invasion Day" rally on Australia Day in Melbourne on January 26, 2018.
AFP

“One of the things we need to do is seek ways to unite Australia, rather than engage in culture wars. It’s really counterproductive,” he said.

“I think that we do need to recognise that Australia Day for Indigenous Australians is a difficult day. “Yes, modern Australia, is connected with the arrival of migrants, but that had an impact, a terrible impact, a devastating impact, indeed, on First Australians.

“It’s an opportunity to educate people about dispossession and the consequences of it. And it’s given a focus on that day.”

Amid celebrations across Australia, thousands are once again expected to march at Invasion Day rallies on 26 January. 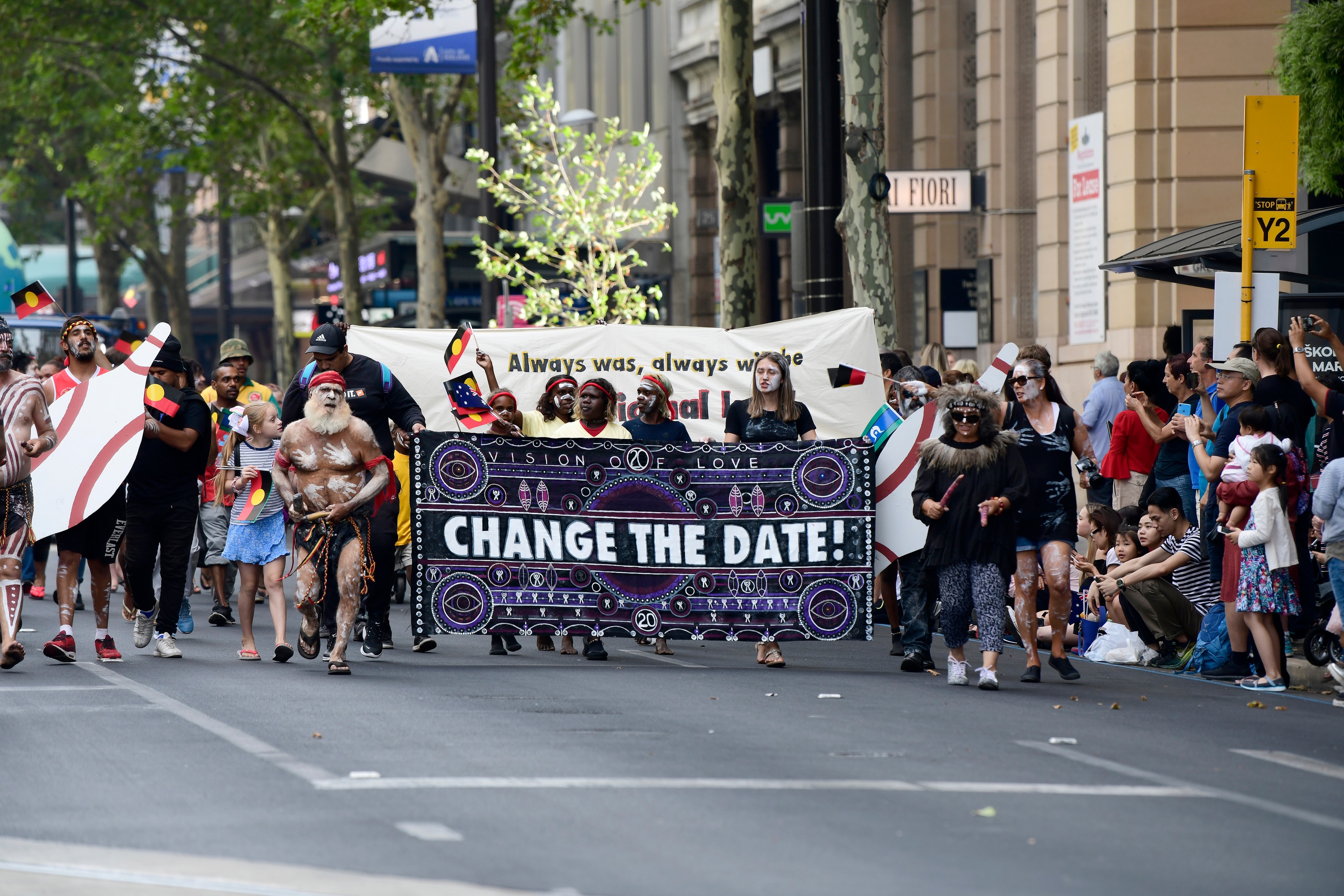 Labor Mayor Darcy Byrne acknowledged that some residents would be disappointed by the decision, but said the events usually scheduled on 26 January would go ahead on different dates.

"There's nothing to be lost here but there is a better and more sombre, more respectful way to mark the day in the inner west," Cr Byrne told SBS News at the time.