Indonesian authorities have been dealing out unusual punishments to violators of the country's strict coronavirus laws.

Eight men who refused to wear face masks in public were ordered to dig graves for people who died of COVID-19 in Indonesia.

East Java province has enforced mandatory face masks in public in a bid to curb the rise of coronavirus cases.

The punishment was enforced in the Cerme district where its district head, Suyono, said he punished residents who did not obey the rules by making them dig graves at a cemetery in Ngabetan village.

Two people were assigned to each grave, with one digging the grave and the other laying wooden boards inside to support the corpse.

"There are only three available gravediggers at the moment so I thought I might as well put these people to work with them," Suyono told Tribun News.

"Hopefully this can create a deterrent effect against violations." 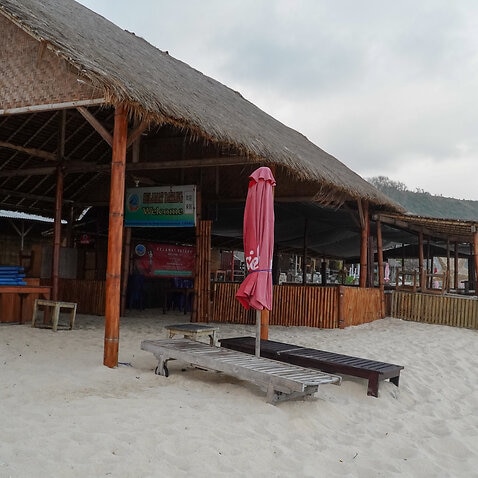 The rule-breakers were not made to touch the corpses - a task which was left to local health officials wearing full-body personal protect equipment.

Mask-wearing became mandatory in Indonesia on 5 April, and officially became legislated in July.

Digging graves is not the only unusual punishment some Indonesians have been dealt. Last week, police forced mask violators to sit in a hearse containing a casket, where they were asked to reflect on their actions.

Vendors who broke the rules have also had their shops temporarily closed, their IDs confiscated and have been made to clean open sewers as punishment, law enforcement co-ordinator Ugas Irwanto said.

Indonesia has reported over 218,000 cases of COVID-19 since the pandemic began, as well as 8,723 deaths, according to figures from Johns Hopkins University. It has the highest death toll in Southeast Asia.

Two police officers are cleared over Breonna Taylor's shooting. A third faces charges, but not for her death