A new crop of far-right micro parties are vying for former One Nation supporters’ votes, while a range of progressive parties have also entered the fray.

From banning the burqa, curfews for teenagers, introducing a men’s minister, making university free to closing all detention centres, voters have plenty of choice this federal election.

These are some of the policies advocated by a new range of micro parties vying for votes from a growing number of Australians who are looking for alternatives to the Liberal, Labor and national parties.

As the far right splinters and One Nation lurches from scandal to stunts, other populist parties with anti-immigration views are running candidates for the Senate for the first time. One Nation has been hit by serious of problems.
AAP

“It seems that One Nation has blotted its own copy book so any times, that these voters are looking to park their votes and therefore other voices are cropping up to accommodate them,” Griffith University politics lecturer Dr Paul Williams told SBS News.

Most of the new batch originate in northern Australia.

“Given that Queensland is the home of populism, because we’re based on farming and mining which are just ripe for populist exploitation, it’s only natural that those micro-parties would emerge in Queensland first.”

That’s countered by a range of progressive voices from the Women’s Party to the Together Party also seeking to capitalise on dissatisfaction with the major parties. Early voting for the 2019 federal election has begun.
AAP

The vast majority have no chance of picking up a seat since reforms to the voting system to reduce the influence of behind-the-scenes preference deals.

But there’s more to just picking up votes, says Dr Stewart Jackson from the University of Sydney's Department of Government and International Relations.

“They’re not running necessarily to win seats, but to promote their party and their cause,” Dr Jackson says.

Here's your guide to the new micro parties making their debut on the Senate ballot paper.

Founded by former aerobics instructor turned mental-health worker Kim Vuga, who was featured in SBS programme Go Back to Where You Came From, Love Australia or Leave proposes a complete ban on all followers of Islam and a halt on all immigration until the country is out of debt.

The party also wants to ban the burqa, stop any new mosques being built in Australia and require “radicalised” juvenile offenders to wear tracking devices.

Anti-vaxxers now have their very own party, thanks to Michael O’Neill and ran a campaign against the “no jab, no play” policy.

An ad from the Involuntary Medication Objectors Party.
Facebook

The party says it’s fighting a “great tide of evil” as it tries to stop the government-sponsored vaccination program and water fluoridation.

With a focus on social policy, the Better Families Party believes a men’s minister is needed to promote and fund male health and education programs.

To keep young people out of trouble, the party also proposes a curfew for teenagers (without specifying a time) and establishing national youth service to provide “life skills, social responsibility and community training” from the age of 16. Spotlight on WA as Morrison, Shorten set to battle for marginal seats

The party also branches out into environment policy, suggesting a ban on single-use plastic and rapid investment in reliable, low-cost renewable energy.

After being disqualified from Parliament in 2016, former WA One Nation Senator Rod Culleton is attempting to revive his political career registering a new party just days before the election was called. Former One Nation senator Rod Culleton has formed his own party after being disqualified from Parliament.
AAP

However, Mr Culleton is already facing questions over his nomination with the electoral commission referring him to the federal police for failing to declare he is an undischarged bankrupt which led to his original disqualification.

Mr Culleton’s party argues for the abolition of personal income tax, reform local government and eliminate the family court, replacing it with mediation.

While this is the first time the Yellow Vest Party has appeared on ballot papers, it’s new in name only.

Previously known as the Australian Liberty Alliance, the name change was prompted by the Yellow Vest movement in France which saw protests break out over increases in fuel prices and other cost of living challenges.

The rebranded far-right party warns against the “Islamisation of Australia”, advocating for a 10-year moratorium on resident visas for any citizens of 56 countries that are members of the Organisation of Islamic Cooperation, including Indonesia, Malaysia and Egypt.

With the tongue-in-cheek slogan “Make Australia slightly better than average”, the Together Party is the creation of lawyer and comedian Mark Swivel.

Despite the modest statement, the NSW-based party has a lengthy list of proposals including halving the defence budget and using the money to provide free tertiary education, becoming a republic and closing all onshore and offshore detention centres.

The group also advocates for more investment to make Australia a renewables superpower, and the introduction of a universal basic income.

Calling themselves a political movement, the Women’s Party’s key policy is to achieve gender equality in all fields, including Federal Parliament by legislating a 50 per cent quota for female politicians.

The party also makes the case for equal wages for men and women, greater childcare subsidies and a woman’s right for “absolute control” over her own body, particularly regarding pregnancy. The Women's Party wants a 50 per cent quota for women in the parliament.
Facebook

While the party is most vocal on women’s rights, it also has policies on anti-corruption and climate change.

The fledgling party, registered in February, has already been hit by internal division with founder Divvi de Vendre confirming to News Corp that one member had been expelled after attempting a takeover.

Fielding two candidates in NSW, this is another existing party that has decided to change its name for the May 18 election.

Despite the more exciting name, the party formerly known as Online Direct Democracy and Senator Online before that, doesn’t actually have any policies.

Instead the party says it would conduct online polls on legislation to let the people decide.

Fr Bower along with the party’s other “allied independents” are focused on responding to climate change with 100 per cent renewable energy, phasing out coal and carbon sequestration. 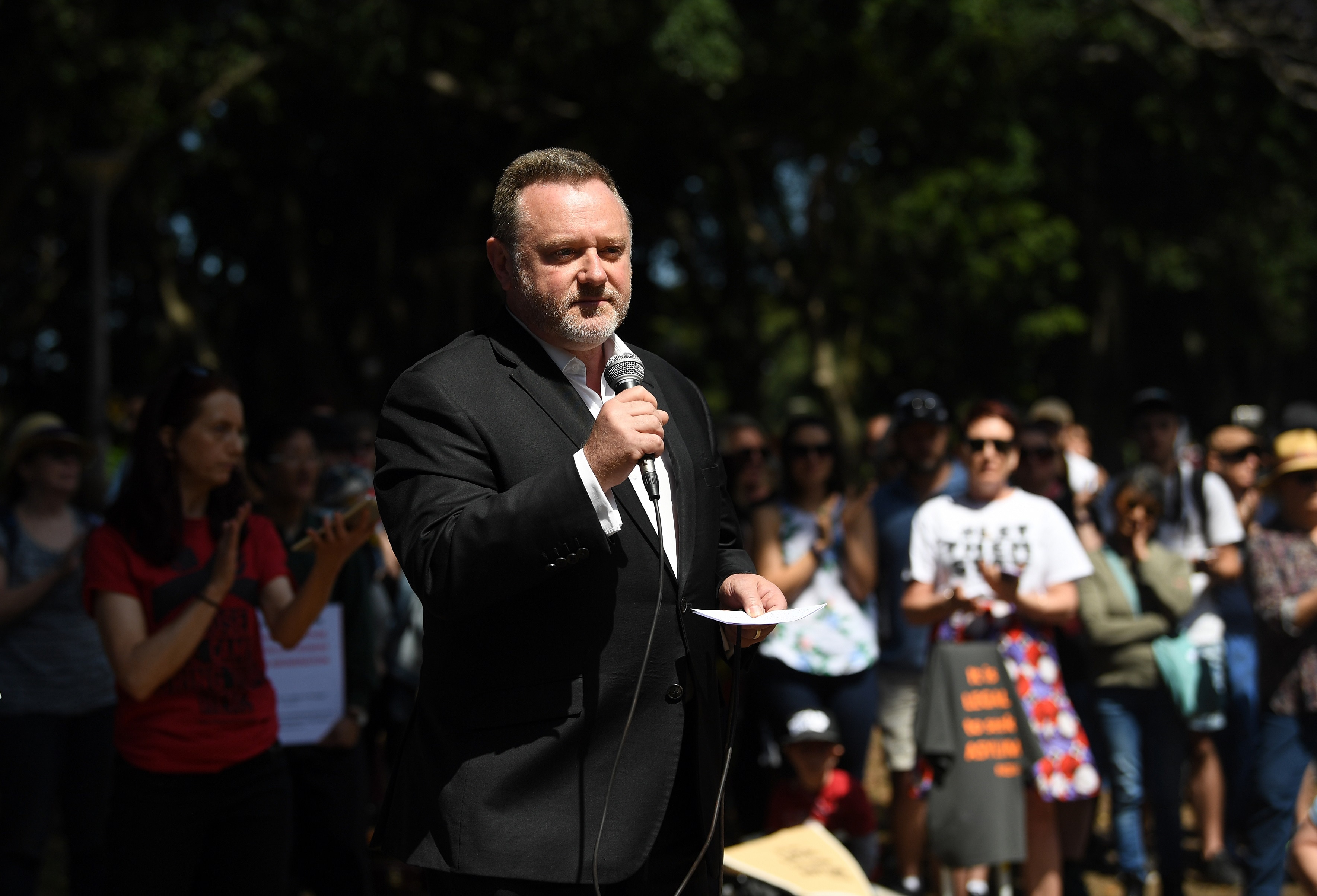 Father Rod Bower, a vocal advocate for refugees, is running for the Senate.
AAP

After running in the NSW election in March, the Small Business Party is now making a tilt at the federal level.

Sydney councilor Angela Vithoulkas founded the party after her cafe closed in August which she blamed on the construction of the Sydney light rail.

She’s one of two Senate candidates running on a platform of lower taxes and cheaper energy costs for small businesses and more incentives for research and development.

Not to be confused with the Australia Health Party, this new party has a range of policies designed to improve Australians mental health from better hospital care to creating a more inclusive society.

Fielding two candidates in Queensland and Western Australia, the party also supports an increase to the Newstart payment and higher taxes on large corporations and multinationals.