Muslim Labor MP Anne Aly says it's obvious why she was attacked on social media over unsubstantiated allegations she refused to lay a wreath at an Anzac Day ceremony in Perth.

Australia's first female Muslim MP, Anne Aly, has received an apology over allegations she refused to lay a wreath at an Anzac Day service in Perth.

The unsubstantiated claim was circulated by Kim Vuga, from the 'Love Australia or Leave Party', alleging the Labor MP would not present the wreath at the Wanneroo service.

Dr Aly's Facebook page was then inundated with a series of posts demanding she explain the alleged indiscretion.

The Labor MP explained she had in fact attended the Ballajura service, where she laid a wreath and made a speech. She denounced the claims as false.

Dr Aly told SBS News she was insulted by the allegation she refused to lay a wreath given she had a strong relationship with the RSL and a high regard for serving and ex-service men and women.

"I also thought it was absolutely disgusting that people would use Anzac Day to further their political and social agenda," she said.

Listen: Anne Aly responds to claims she refused to lay a wreath at Anzac Day service 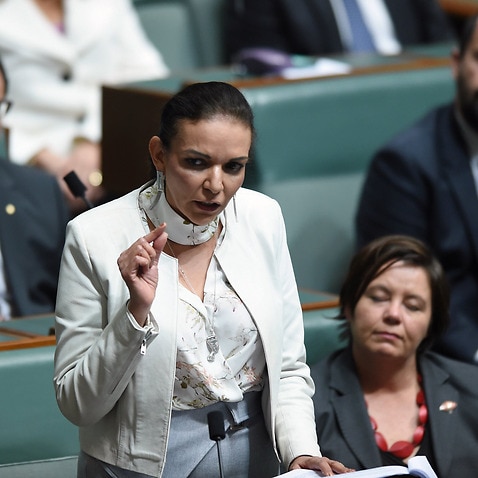 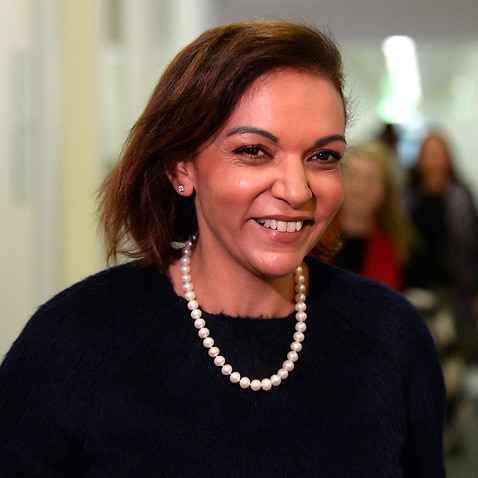 It was "obvious" why she was attacked, the MP said.

"I think anyone with any kind of insight can see that (religion) was one of the big things."

Ms Vuga apologised to Dr Aly on Friday afternoon, acknowledging the claims caused the MP a "great deal of stress and negative feedback from the public".

"I should have confirmed and checked the facts personally with Anne Aly given my post was posted late that day after the Anzac commemorations," Ms Vuga said in a Facebook post.

"I take full responsibility in posting Gary’s post to my Facebook page and sincerely apologise to Anne for any stress caused and time taken away from her busy schedule." 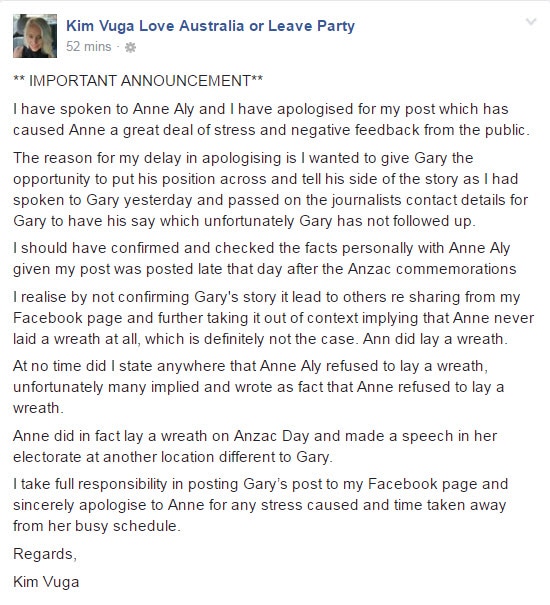 Earlier, Dr Aly said she would receive any apology graciously.

"I have no reason to doubt that it would be sincere, and I hope that it doesn't happen again," Dr Aly said. I had not a cent to my name, MP reveals

From one radical environment to another (2016)