There are predictions Niagara Falls could freeze over completely in January, just as it did in 2014.

Days of bone-chilling temperatures in Canada have not frozen Niagara Falls yet, but locals predict the waterfalls could come to an icy halt this winter if the present cold snap continues.

A polar vortex brought Arctic temperatures to some parts of Canada this week, including the country's capital Ottawa, and other major cities such as Toronto and Montreal.

According to the Canadian Ministry of Environment and Climate Change, cold weather in Toronto on Thursday smashed a 57-year-old previous record low, with the temperature at Toronto's Pearson International Airport falling to minus 22 degrees Celsius on Thursday morning. 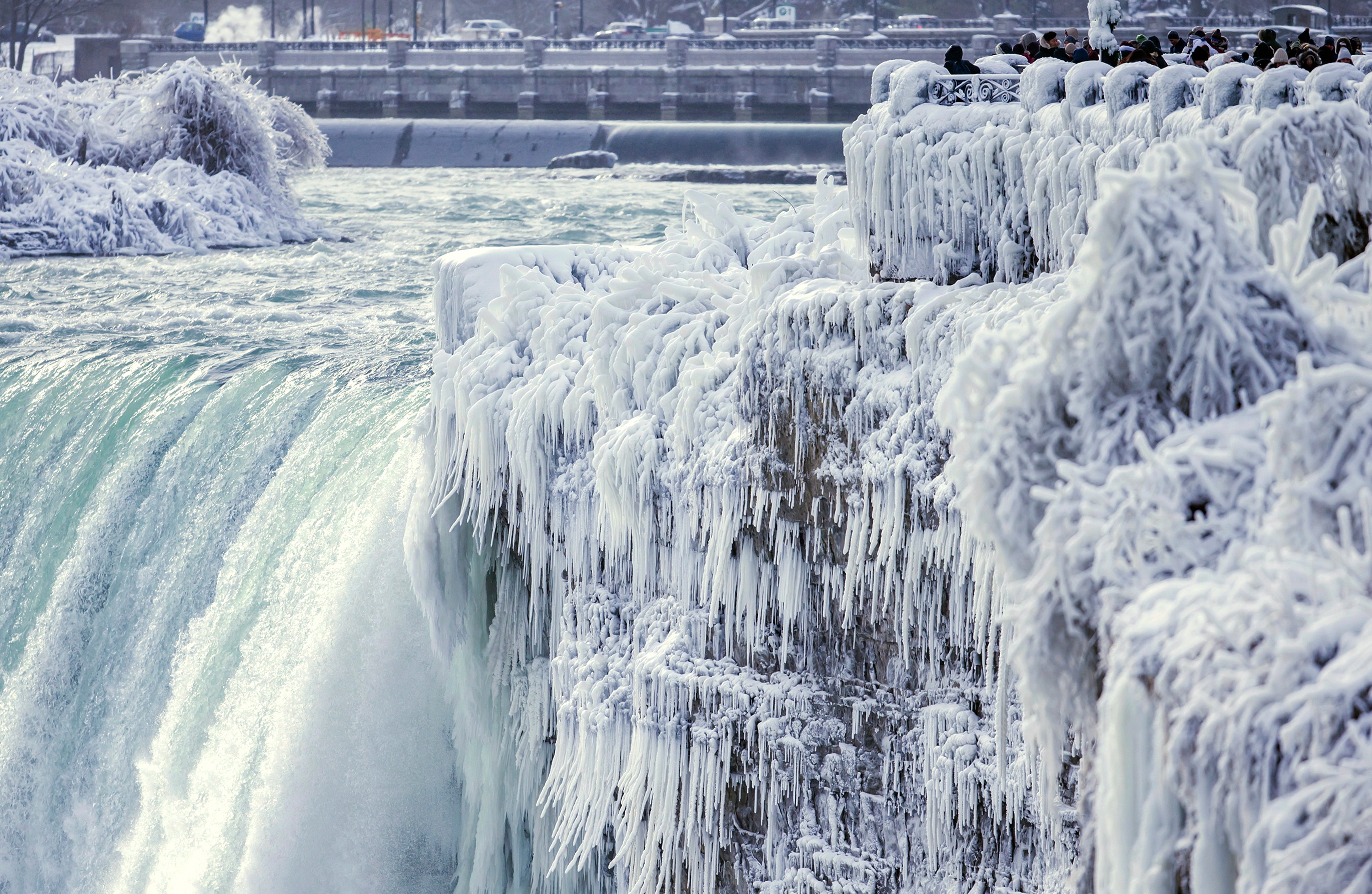 If the icy temperatures continue, Niagara Falls could freeze over completely in January.
The Canadian Press

Given the plunging temperatures, local residents predict that Niagara Falls could freeze completely this winter, just as it did in January 2014.

Days of snow and thick white mist have turned the area around Niagara Falls into a crystal palace, however, rushing water could still be seen flowing over the edge of the waterfalls on Friday.

Many tourists, who continued to brave the bitterly cold December temperatures to enjoy the natural beauty of the falls, believe the coldest month of the year is actually January.

“It's particularly cold today and this week,” said a tourist.

Really grateful to be surrounded by such beauty today - from behind the wall @NiagaraFalls... I’m committed to keeping my eye on what’s working around me in order to create more.. pic.twitter.com/s3cVxJyYor

“The winter before, that's not like that. But this time, there's a special time, because really, really hard for us. It's really, really cold,” said another tourist.

A few days of extremely cold weather is not enough to freeze the rapids flowing over Niagara Falls.

However, if the arctic blast continues, Niagara Falls could freeze in January.