Prime Minister Jacinda Ardern has confirmed her cabinet has agreed to 'in principle' changes to gun laws after the Christchurch terror attack. 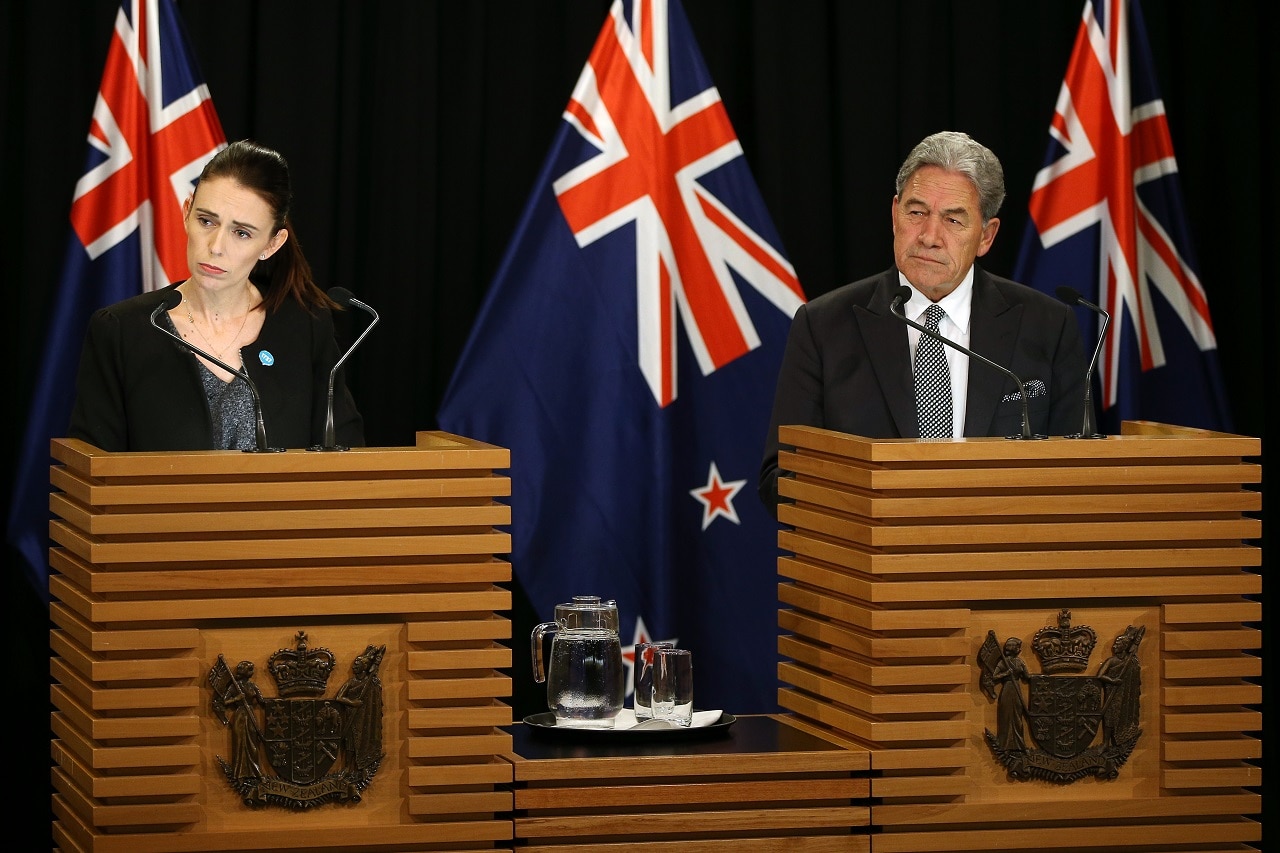 The proposed changes will be announced before the cabinet meets again next week.

"At 1pm on the 15th of March our world changed forever, and so will our gun laws," Mr Peters said.

Ms Ardern also said there would be a review of security agencies' actions after the shooting.

In a separate press briefing, Police Commissioner Mike Bush confirmed only one attacker was "responsible for this horrendous event".

"[But] that doesn't mean there weren't...possibly other people in support," Mr Bush said.

He said the threat level in New Zealand remained high and there were 250 detectives and specialists across the country working on the investigation. Jacinda Ardern hugs a mosque-goer at the Kilbirnie Mosque.
Getty

Earlier Monday, the New Zealand arms dealer who sold weapons to the suspected mosque attacker said he felt no responsibility for the deaths of 50 worshippers who were gunned down.

"We detected nothing extraordinary about this licence holder," Mr Tipple told a press conference in Christchurch.

Mr Tipple refused to answer direct questions about the use of firearms sold from his shop, indicating this was not the time for a debate about guns. 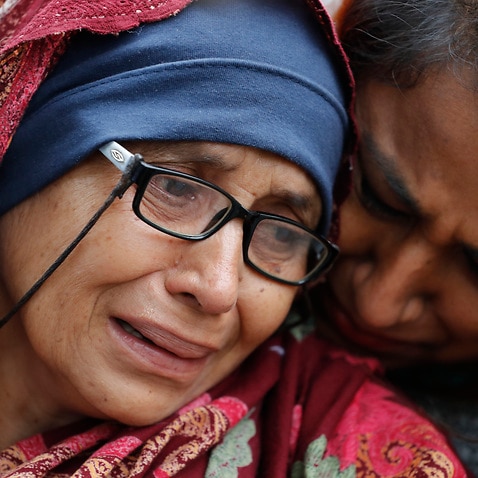 Asked if he held any sense of responsibility, Mr Tipple said: "No, I do not."

He added he would continue to sell weapons to anyone with the same credentials as the gunman.

It was the responsibility of the police to vet firearms licence applications, he said.

Mr Tipple said the military-style semi-automatic (MSSA) the gunman was seen using did not come from his store.

"We didn't sell him a rifle used in the incident. I watched the video, I saw the rifle, and I know for sure where it came from - if it has the serial number that I expect - and it was not from any Gun City affiliated store," he said. 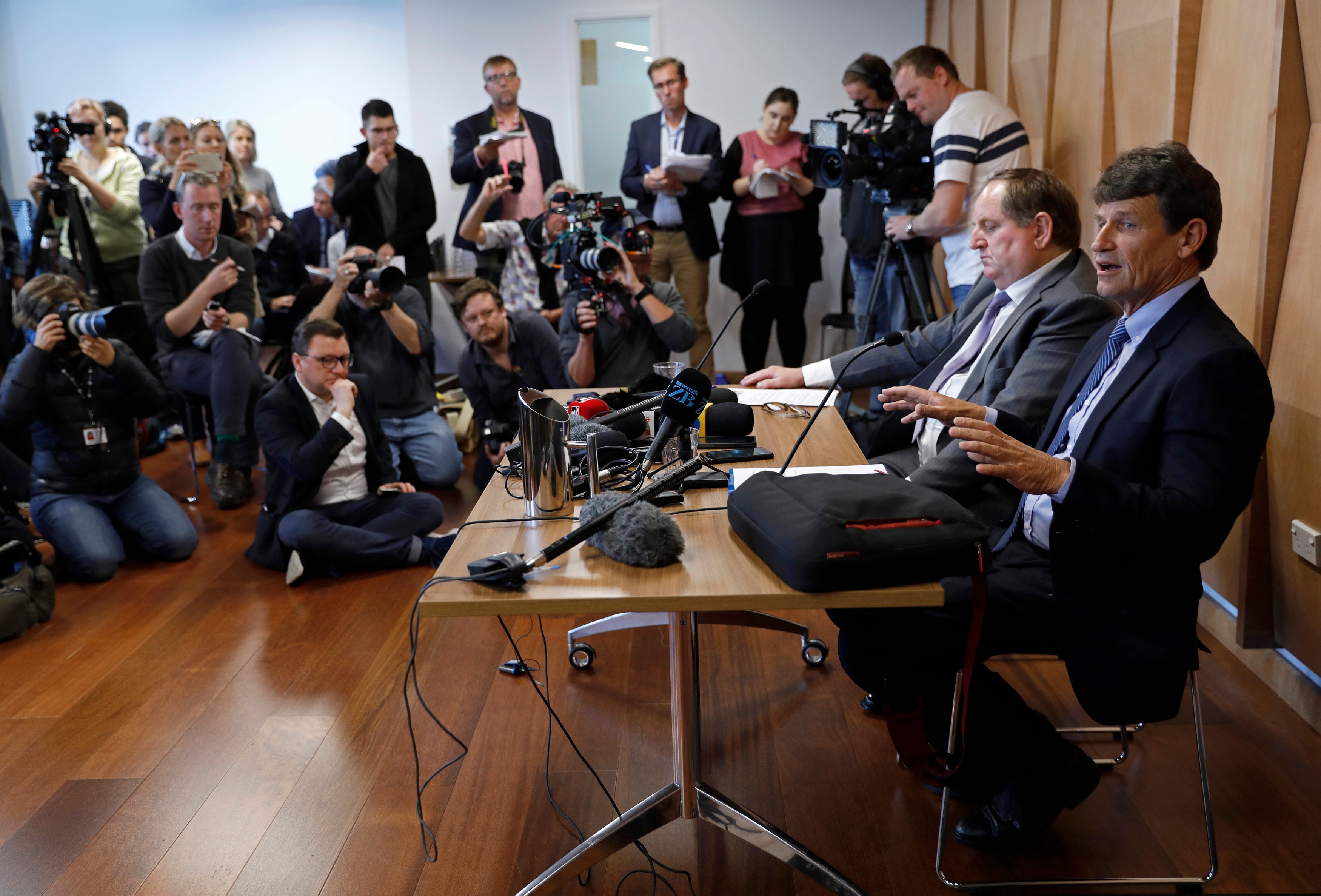 Tarrant obtained his standard "A-category" firearms licence in November 2017 and bought four weapons over four months using an online service, Mr Tipple said, adding Gun City had records of the purchases and had provided full details to the police.

Amid a public outcry across New Zealand, including the banning of semi-automatic weapons, Mr Tipple said he would not be proactive and withdraw AR15s from sale but would do so if required by law.

"It's a lie. There's been a number of people wanting to sell their semi-automatic firearms as a result of the incident."

But he would not comment on his position on the gun debate to reporters.

"The debate will continue, as it has all my life, but this particular day, is not about the gun debate," he said.

Mr Tipple confirmed his gun business sold four weapons and ammunition to the accused mosque gunman Brenton Tarrant. The purchases dated from November 2017, through to March 2018.

But he said the semi-automatic rifle used in the incident were not sold from Gun City. The sale of other munitions to Tarrant were done online.

The gun-store owner said the accused gunman should "absolutely not" have been sold the firearms given his actions. He said the sales to Tarrant were "ordinary" and he felt no sense of responsibility for what happened.

"He was a brand new purchaser, with a brand new license, it was an ordinary sale," he said.

"This tragedy has devastated as all."

He said New Zealand is not a country of "emotional responses".

"We are a country of laws. What we are doing is legal and the majority of people... are abiding by those laws," he said. "There will be no opposition to it. There's no movement in New Zealand for that. Our media and politics are more left wing," said Roberts, a carpenter who uses guns for hunting.

In Australia, a virtual ban on private ownership of semi-automatic rifles and a government-funded gun buyback cut the size of the country's civilian arsenal by almost a third.

The ban followed the 1996 massacre in which a lone gunman used assault rifles to kill 35 people in Tasmania in 1996. 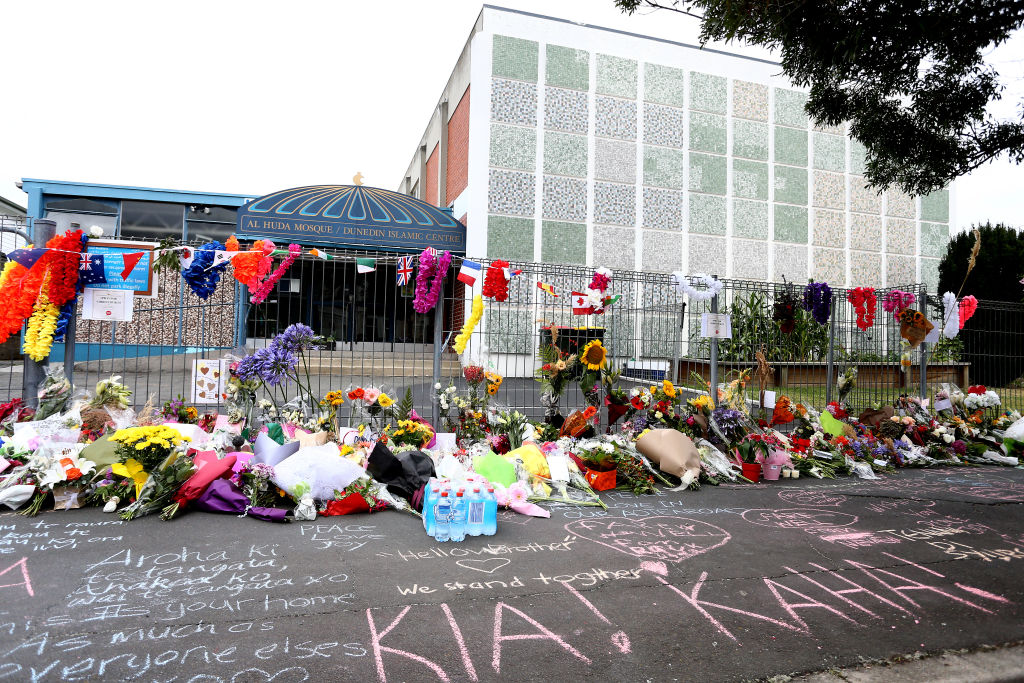 That instant connection and sense of unity or togetherness with other human beings is what Mosque attendance and Islamic prayer is all about.
Getty Images AsiaPac

"Personally, I don't think guns should be legal at all. Maybe in some extreme self-defence, but I don't think they need such firearms like that," Mr Dawson said.

"New Zealand is not America. America is a totally different situation. I think in America it would be probably more dangerous to take people's guns away. But here, I don't think we need them at all."

Akshesh Sharma moved to Christchurch from Fiji to study. He was shocked that the shooter was able to get his hands on such military-style weapons.

Mr Sharma agrees with the prime minister that gun laws need to be tightened.

"I don't see this as a place where you need guns to live to feel safe," Sharma said. "I can understand in the US maybe, but here it's a different story." 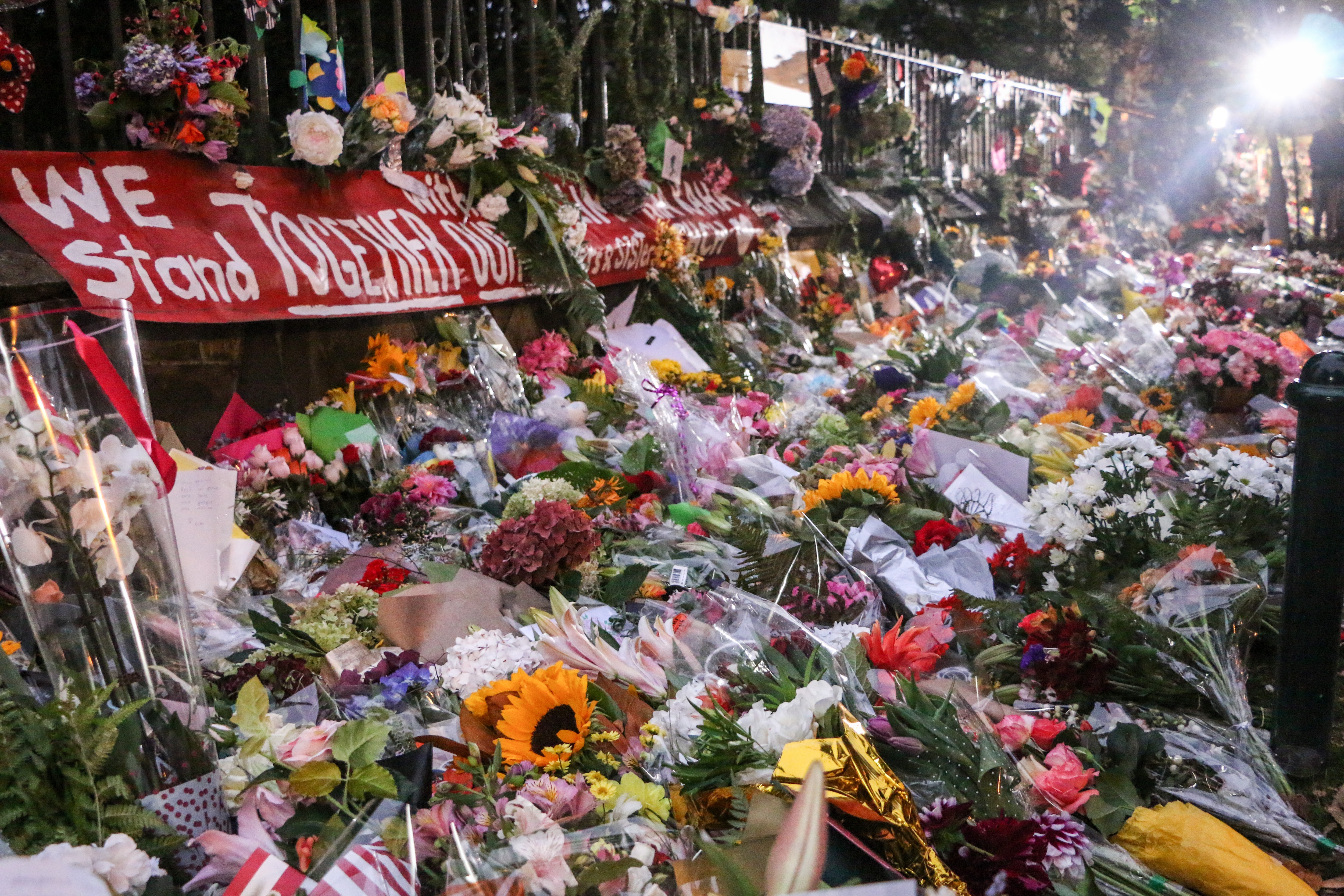 Flowers seen to respect to the victims of the Christchurch mosques shooting.
SIPA USA

Mr Roberts, the gun owner, doubted banning certain types of weapons would be effective. But he said New Zealand should only allow its own citizens to buy guns.

Tarrant obtained a New Zealand gun licence in November 2017 and started legally amassing an arsenal of five guns within a month.

"I think when people harbour hate like, that these things are possible," Mr Roberts said.

Ian Britton uses a rifle for shooting rabbits and target shooting. He favours outlawing assault rifles like those used in Christchurch because they're unnecessary.

"I can't use the words I'd like to use, but it's disgusting. I never thought I'd see that in this country," Mr Britton said.