New Zealand's Prime Minister says she has had a frank discussion with her Australian counterpart about deportations of New Zealanders who have made their home in Australia.

New Zealand Prime Minister Jacinda Ardern has told Prime Minister Scott Morrison that deporting people who moved to Australia as children is taking a toll on the two countries' relationship.

Mr Morrison is in Auckland for annual talks with his New Zealand counterpart.

High on Ms Ardern's agenda was the issue of Australia deporting New Zealand citizens who have committed crimes, even if they have lived in Australia since childhood. 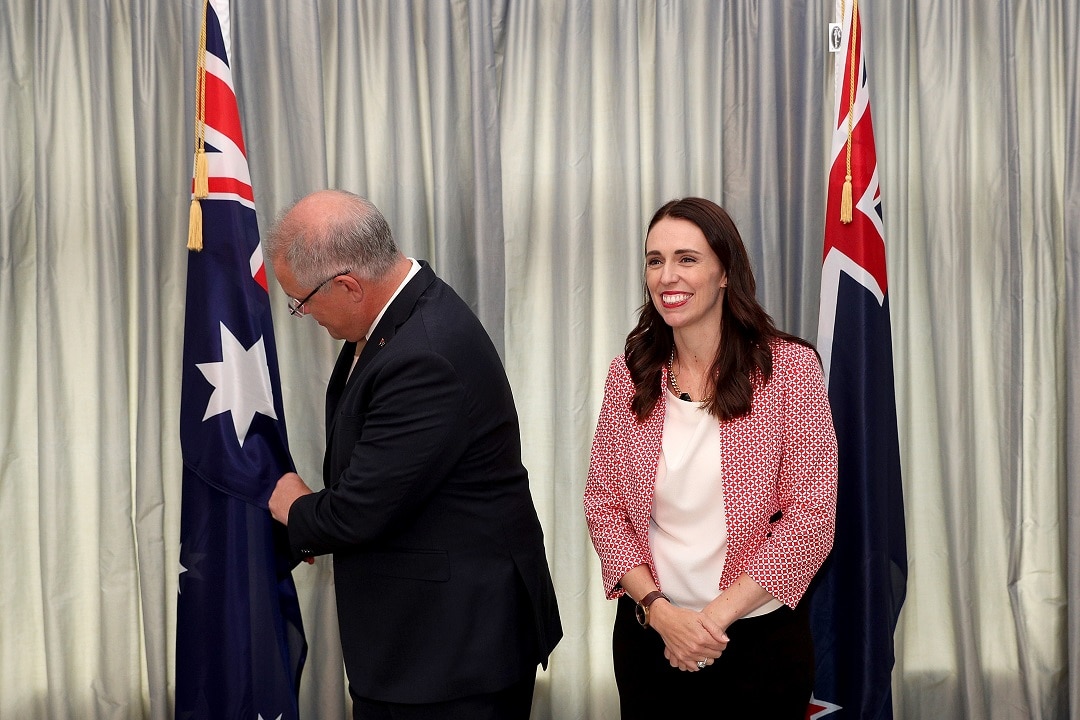 "In my view, this issue has become corrosive in our [nations'] relationship over time.

"I've made it clear that New Zealand has no issue with Australia taking a dim view of newly arrived non-citizens committing crimes.

"But equally, the New Zealand people have a dim view of the deportation of people who move to Australia as children and have grown up there."

Despite the tension over the issue, Ms Ardern stressed New Zealand considers its trans-Tasman neighbour as family.

"As in any family it is inevitable that occasionally we will see things differently."

Asked by a New Zealand reporter why Australia was deporting people with as "much association with New Zealand as Barnaby Joyce", Mr Morrison said the rules applied to all countries.

"Visas are not citizenship, visas are provided on the basis of people being compliant with those visas and that doesn't include committing crimes," Mr Morrison said.

Ms Ardern took the opportunity to correct reports that New Zealand had withdrawn its offer to take asylum seekers on Manus Island.

News Corp reported on Friday that New Zealand officials had previously said they did not want to take single men who remain on Manus Island.

Ms Ardern said they would prioritise families, but the offer to accept 150 refugees from Manus Island would not exclude single men.

"Of course, New Zealand will apply its own rigour around that process as well.

"We are simply not benign recipients of individual refugees. We have a role to play in ensuring that our national security is protected at the same time."