Amnesty International is calling on the Australian Government to reveal whether its military exports to Saudi Arabia are being used in the conflict in Yemen.

Amnesty International says the Australian government must come clean on whether it is indirectly contributing to the bloodshed in Yemen.

"The Australian government in the last year and a half has been providing military exports to the Saudi Arabian regime ... There is no transparency with what these exports contain," Amnesty International's Diana Sayed told SBS News. "The Saudi Arabian regime a leading a coalition that is deliberately attacking civilians ... [So] essentially we remain complicit in this ongoing crisis in Yemen," she said.

"The Australian government needs to be held to account for these military exports to the Saudis."

And the human rights group is calling on the government to leverage its diplomatic relationship with both the Saudis and the UAE to allow aid to flow directly to civilians who are continuing to pay the highest price.

It comes as former Yemeni detainees claim they've been subjected to sexual abuse and torture in prisons controlled by the United Arab Emirates (UAE) within Yemen.

"They strip you naked, then tie your hands to a steel pole from the right and the left so you are spread open in front of them. Then the sodomising starts," one father of four told AP.

Witnesses said Yemeni guards were working under the direction of Emirati officers.

Details of the UAE secret prisons were exposed by an AP investigation last year.

But the UAE has repeatedly denied running secret prisons there. 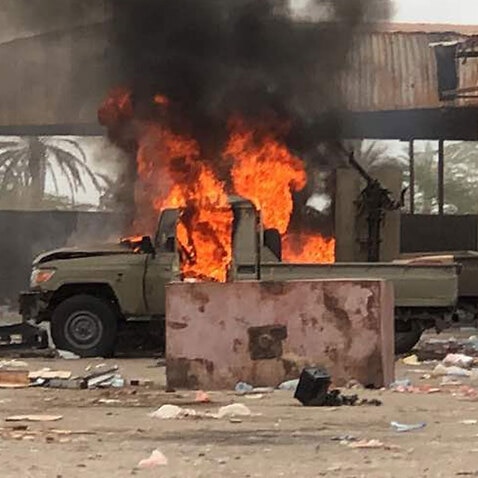 Yemen 'on brink of collapse' as battle for Hodeida rages

It comes as Saudi backed pro-government forces seize the Hudaida airport from rebels in an ongoing campaign to re-take the entire port city which is a crucial aid lifeline.

Incident Manager at the World Health Organization in Yemen Jennie Musto said "we are deeply concerned that the risk that this has for the port, 70 per cent of people in Yemen rely on the port for food and medicines".

At least 10,000 Yemenis have been killed since the war broke out three years ago, with the Saudis and the UAE on the government side and Iran supporting the rebels.