The parents of Australian teenager Dolly Everett, who took her own life in 2018, have released a video depicting the harm caused by bullying.

The parents of an Australian teenager who took her own life after being relentlessly bullied are urging young people to think about the impact their words have on others.

Northern Territory teenager Dolly Everett was 14 when she died in January last year. 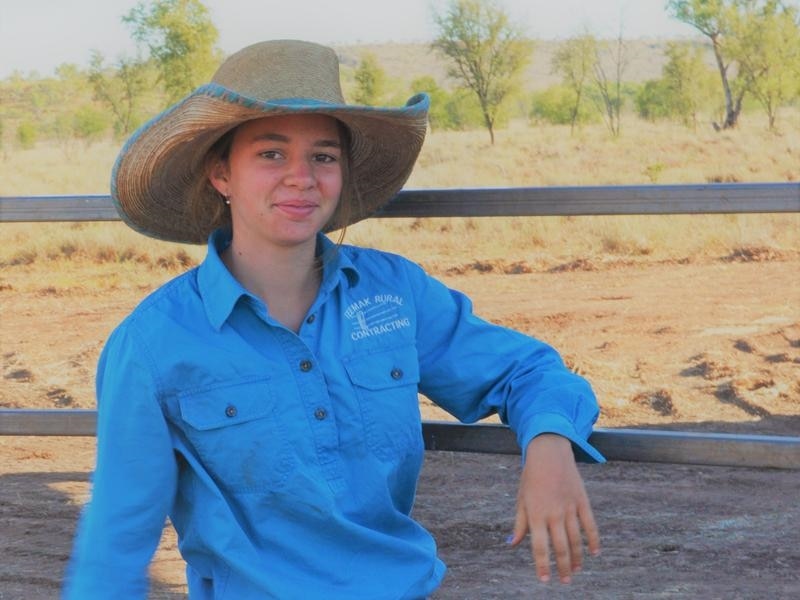 Her parents Kate and Tick and sister Meg established charity Dolly's Dream in her honour.

The charity have released a short film directed by 15-year-old Charlotte McLaverty to raise awareness of the harm caused by bullying.

The film tells the story of a teenage girl being hounded by bullies via social media and text message. The anti-bullying film was directed by 15-year-old Charlotte McLaverty.
SBS

Each bully throws a small stone at the girl - causing her physical and mental distress - while at the family dinner table, on the couch, in bed and in the bath.

The suffering goes unnoticed by the girls family.

It ends by asking viewers, "Are your words doing damage?"

😮 @billieeilish lending her significant voice! Very powerful & gutting - and so important to remember how many children around the world suffer daily from bullying & cyberbullying. Let’s continue to educate & support young people online & off - @eSafetyOffice is all in!

Charlotte who spent months writing and then directing the short film told SBS News the public response has been “amazing.”

“I’ve had so many people messaging me directly [talking about] the effect the film has had on them which is amazing to hear - that was the whole goal was just to get people talking about the issue,” the Year 9 student said in Melbourne.

Charlotte said decided to film the video inside a warehouse to capture the isolation experienced by victims of cyberbullying.

The film ends with a sense of hope.

“Catching the stone is like the empowering moment. It gives hope because it’s almost a dark film so it’s like saying you know this is how you can speak up. You’re not alone,” she said.

The film is intended for both teenagers and adults to watch with the ultimate goal being “people sharing the video and speaking about the issues.”

Despite the negative impact of social media , Charlotte still speaks optimistically about the medium.

“I think social media is a great thing. I think it’s fresh, it’s obviously the future. It’s a great way to connect with people  and share people’s work. It doesn’t seem to be going anywhere so we need to learn how to use it properly.”

Kate Everett hopes the video will encourage young people to speak up when being bullied.

"Dolly left us with a message that was 'Speak, even if your voice shakes'. I hope that this video will touch home for a lot of teens and help them understand that speaking up about bullying can help to stop it," she said.

"And I hope it reveals to parents how cyberbullying can happen anywhere, even at the dining table or watching TV with the family."

Accompanying the release of the video is an online resource for parents and carers seeking online safety information.

"With these new resources, we hope to reset the discussion around cyberbullying," Ms Everett said.

"We're asking teens to start a conversation among themselves and we're providing parents with the right tools so they can be part of the solution."

The film is accompanied by music from 17-year-old pop-star Billie Eilish, who's been outspoken about bullying in the past and has thrown her support behind the film.