Chief Aritana Yawalapiti, one of Brazil’s most influential Indigenous leaders, has died after contracting coronavirus.

Aritana, 71, a chief of the Yawalapiti people in the Amazon, was known for fighting to protect the world's biggest rainforest and the rights of the Indigenous peoples who live there.

"He was a great advocate in the struggle to preserve and perpetuate his people's culture for future generations and a tireless activist against the effects of deforestation," his family said in a statement.

Known for sporting his traditional feather headdress, jewelry and body paint even at meetings with international dignitaries, Aritana was diagnosed with the new coronavirus about two weeks ago, after having trouble breathing. He was taken from his village in the Xingu Indigenous reserve to a hospital in the town of Canarana, in the west-central state of Mato Grosso.

When his condition deteriorated, he was transferred to an intensive care unit in the city of Goiania, capital of the neighboring state of Goias.

Medics had to transfer him by road across the remote region for a nine-hour trip during which he was hooked up to oxygen tanks. He was then put on a ventilator in the ICU.

It is not clear whether his body will be transported back to his village, his nephew, Iano Yawalapiti, told AFP.

That has been a sensitive issue for Indigenous communities hit by COVID-19. In some cases, authorities struggling to contain the spread of the virus have prevented Indigenous families from taking their deceased love ones' bodies home for traditional burial rites.

COVID-19 has hit especially hard among the region's Indigenous groups, who have a history of vulnerability to outside diseases.

In Brazil, more than 22,000 Indigenous people have been infected and 633 have died, according to the Brazilian Indigenous Peoples' Association.

The association has accused President Jair Bolsonaro of doing nothing to protect Indigenous groups from the pandemic.

The far-right leader has downplayed the virus and compared it to a "little flu," even as it has killed more than 95,000 people in Brazil, the second-highest death toll in the world, after the United States.

Aritana had been raising funds to help Indigenous communities deal with the pandemic when he got sick. 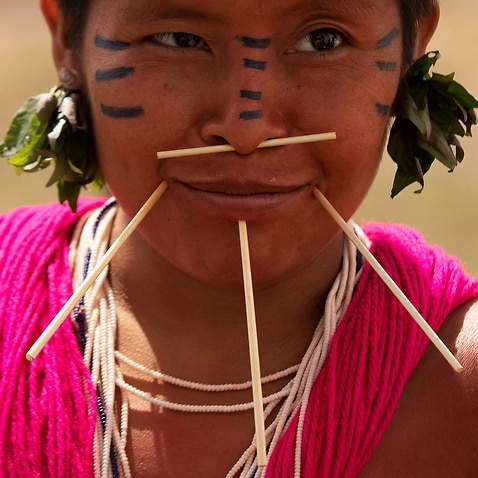 He was also famous for campaigning in Brazil and worldwide to protect the Xingu, a 26,000-square-kilometre reserve that is home to 16 Indigenous groups, from the devastation caused by illegal gold mining, logging and farming.

"This is a black day, a day of mourning for humanity. An icon of the Indigenous struggle is gone," French environmental group Planet Amazon said in a statement.

"Chief Aritana, an immense thank-you for everything you shared with us and the world."

Aritana's son said the chief's brother and niece had also died of COVID-19.

The virus claimed the life of another top Indigenous leader, Paulinho Paiakan, in June.

Another iconic Indigenous leader in Brazil, Raoni Metuktire, 90, was released from hospital in July after a health scare caused by gastric ulcers.