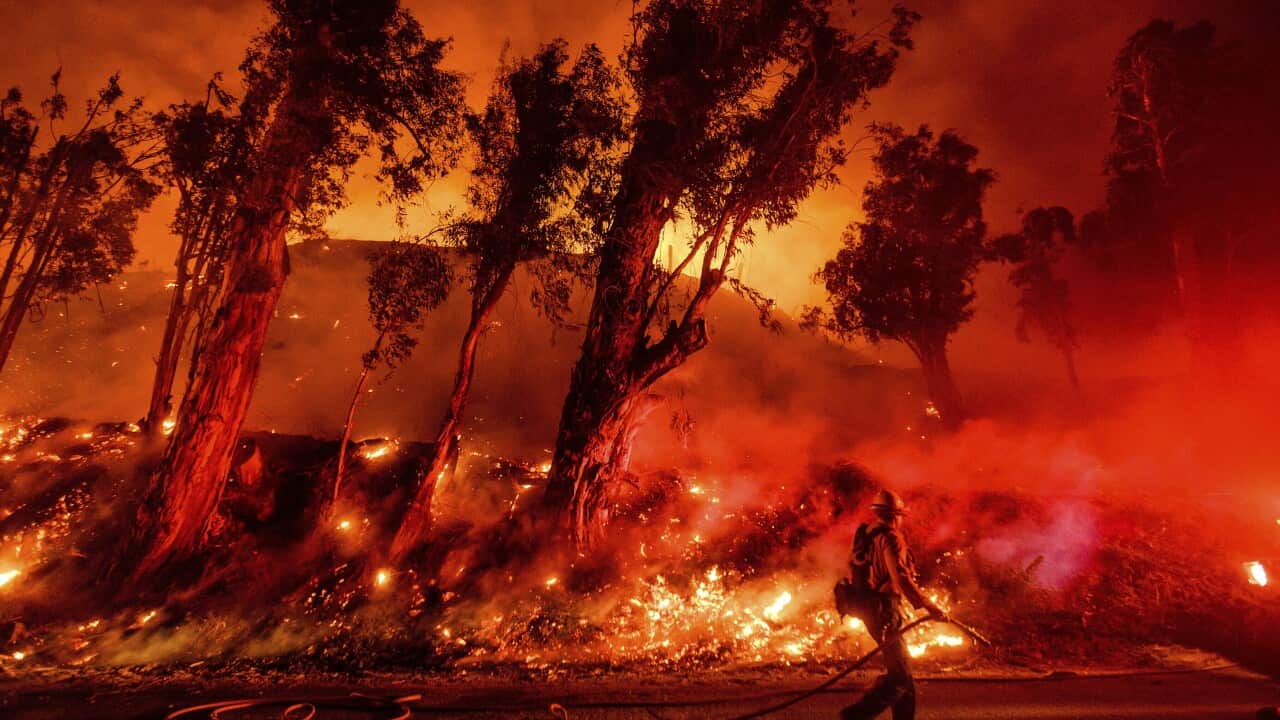 Flames from a backfire consume a hillside as firefighters battle the Maria Fire in Santa Paula, California, November 1, 2019 Source: AAP

Advertisement
The team of scientists, which included Australian Dr Thomas Newsome from the University of Sydney, analysed a range of measures - including surface area, population growth, fertility rates, carbon emissions and energy use - before they came to their declaration.
Dr Newsome is hopeful the report published on Wednesday in the journal
BioScience
will prompt a global response, particularly from governments who he believes have lacked initiative.