To mark this year's International Women's Day, NITV has put together a list of 20 trailblazing Indigenous women who have changed Australia. 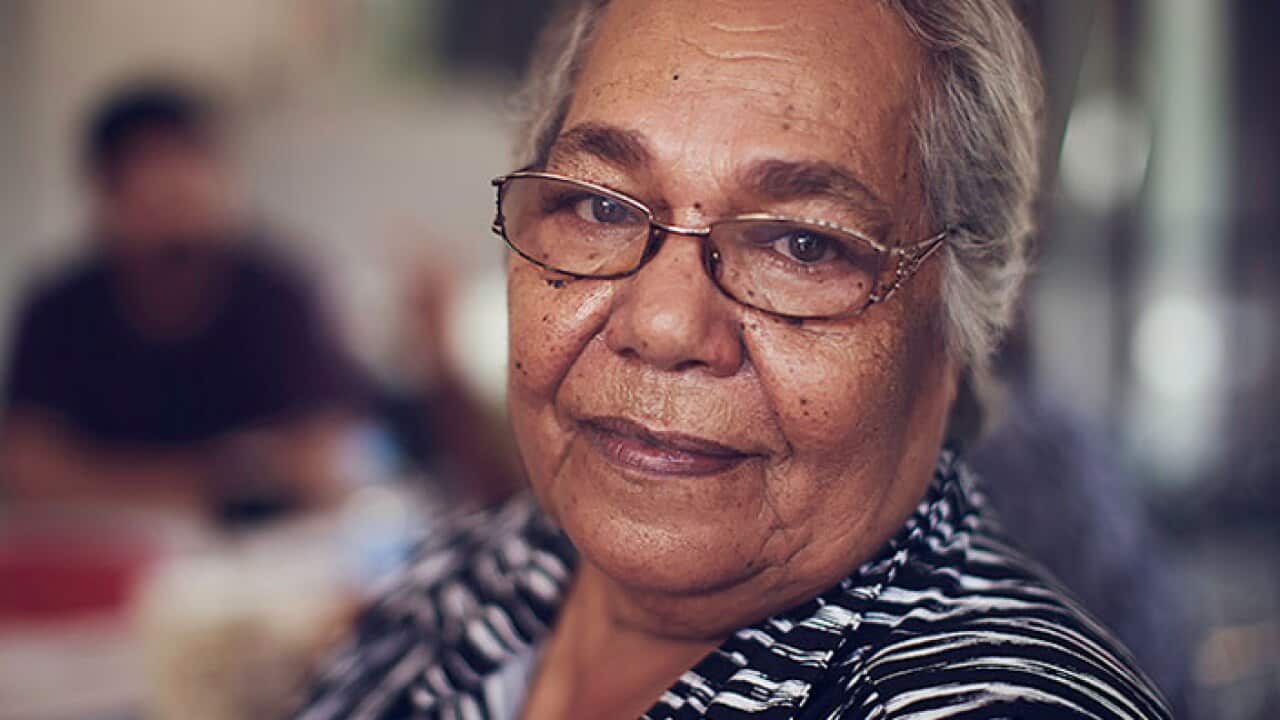 Warning: Aboriginal and Torres Strait Islanders should exercise caution when viewing this article as it contains names of deceased persons and this may cause distress to members of these communities.

Advertisement
Truganini was a defiant, strong and enduring individual even to her last breath. She is a symbol of the survival of the Tasmanian Aboriginals and her life epitomises the story of European invasion.

As a young girl, she was taught her culture but when Aboriginal life was disrupted by European invasion this changed her forever. Despite witnessing the most horrific crimes against humanity, Truganini believed the only way to fight against white invaders was to learn their ways in order to gain empathy.

Gladys is known as the founding member of the Council of Aboriginal Women of South Australia, which worked for the rights of Indigenous women. In 1984, she was named South Australian Aboriginal of the Year. In 2003 the Aboriginal women’s group advising the International Women’s Day Committee (South Australia) presented the inaugural Gladys Elphick award.

Cultural advocate Fanny Cochran played a vital role to ensure Tasmanian language and culture was practiced and maintained even today as she was the first Indigenous person whose stories and songs would be recorded.

As a result the recording, which included traditional stories and songs of her people, lived on into the future. As a girl she had been taught her cultural ways and when the British invasion occurred she witnessed the most brutal atrocities against her people.

Joyce Clague is one of the most influential female political activists in Australia and has spent her life creating social change for Aboriginal and Torre Strait Islander people. Joyce was a strong advocate for Indigenous welfare and helped instigate the 1967 Constitutional Referendum. She fought against the inequalities experienced by Indigenous Australia as the convener of the 1969 Federation Council for Advancement of Aborigines (FCAATSI).

She was appointed a representative of the World Churches Commission to Combat Racism.

Kirstie Parker understands the key issues that black women face in Australia today. Ms Parker is co-chair of the National Congress of Australia’s First Peoples, which plays a prominent role in influencing government on the policies that affect Indigenous Australians.

She is also co-chair of the Close the Gap Campaign, aimed at achieving equality in health outcomes and life expectancy for Indigenous Australians, and a Board Member of Reconciliation Australia.

In her early years, Ms Parker was a journalist and editor for the Koori Mail. The Koori Mail stimulated national discussions and debates on the social, political and economic issues that impact Indigenous Australians.

These services still play a vital role in the livelihood and welfare of Indigenous people in the New South Wales region and have influenced other Indigenous communities to establish similar services around the country.

Educator and social activist Evelyn Scott's journey began in the Townsville Aboriginal and Torres Strait Islander Advancement League in the 1960s. It culminated in her chairmanship of the National Council for Aboriginal Reconciliation in the late 1990s.

Evelyn Scott, a solid believer that education is key to social change, was greatly involved in campaigning at the 1967 Constitutional Referendum that resulted in the inclusion of Indigenous people in the national census and gave the Australian Government the ability to create laws for Indigenous Australians.

Dr Thancoupie is one of Australia’s most esteemed artists. She was a potter who used her skill to change people's perceptions about how traditional art can be portrayed in modern life, which has fueled discussion around Indigenous contemporary and traditional art.

Thancoupie joined the civil rights movement in Sydney in the 1970s and attended Tent Embassy protests in Canberra. Her legacy lives on through her art which can be found in arts institutions around the world.

Faith was a compassionate sporting legend who was instrumental in breaking down the stereotypes of what Indigenous women can and can’t do in Australia, through her membership with the Aboriginal Sports Foundation.

Rosalie Kunoth-Monks is one of the country’s most renowned Indigenous actors. She played the role as Jedda in the 1955 Australian classic film and led the way for other Indigenous female actors to follow. Her acting led to changing the stereotypes of Indigenous women that had been grossly perpetuated in media.

She is now a well-known and outspoken advocate for Indigenous people. She was a leading campaigner against the building of a dam that posed a threat to sacred land in the Northern Territory. In 2014, Rosalie was awarded the Northern Territory Australia of the Year and in an appearance as a panel member on ABC’s Q&A current affairs show, she wowed Australian audiences with her passionate speech about the government’s denial of Indigenous issues.

Olympian-turned-politician Nova Peris is a strong black women who know no bounds and has set a benchmark for all women to follow. As part of the Australian women's hockey team at the 1996 Olympic Games, she was the first Aboriginal Australian to win an Olympic gold medal. She later switched to athletics and contested the 1998 Commonwealth Games and 2000 Olympic Games.

In 2012, Nova Peris would be remembered forever when she became the first ever Indigenous women to be elected to Parliament. Since in office, Nova Peris has been a victim of racial hatred and has made various statements urging the public to stop the racism.

Linda Burney has paved the way for women to take leading roles in their communities. On 26 January 1988, Ms Burney marched alone side of her fellow community members at La Perouse in protest over the Australian Day celebrations.

Linda Burney is the first Aboriginal person to enter the New South Wales Parliament. She was the Australian Labor Party National President through 2008-2009.

Linda plays an influential role in policy decisions that impact on Aboriginal people. Even though she has a very busy schedule in politics, Linda can still find the time and energy to marchfor rights and equality for various sectors of society.

Retired NSW Magistrate Pat O’Shane played a major role in determining how the court system would impact the lives of Indigenous peoples going through the court system. Pat O'Shane was a former head of the New South Wales Ministry of Aboriginal Affairs and in 1986, O'Shane was appointed a magistrate. From 1994-2003, she was Chancellor of the University of New England and by 2013, she was handed a Deadly Award at “The Deadlys” - an annual awards night that celebrates Indigenous Australian achievement - for lifetime achievement in leadership.

Equal rights and education campaigner Eleanor Harding was a respected community figure who poured her energy into achieving a better deal for Aboriginal and Torres Strait Islander peoples. She was especially passionate about women's issues and education.

Eleanor was a member of the Aborigines Advancement League and the Victorian branch of the Federal Council for the Advancement of Aborigines and Torres Strait Islanders (FCAATSI) in the 1960s. During this time she worked on a national campaign to ensure equal rights for Indigenous Australians. She is also known for her work in pushing for improving Indigenous Australians rights through constitutional change. The 1967 Referendum on the Constitution ensued.

As an executive member of the National Aboriginal and Islander Women's Council, Eleanor was part of women's rights advocacy group that protested against the Bicentennial celebrations in 1970 in Sydney and the women’s contingent that travelled to Canberra in support of the 1972 Aboriginal Tent Embassy protest.

Rights campaigner Essie Coffey was committed to improving Aboriginal rights and equality. Throughout the '60s and '70s, Essie worked in the health and legal service fields and went on to be appointed to the NSW Lands Trust and the NSW Advisory Council and was a prominent figure in the Aboriginal Movement in Brewarrina. In her later years, Mrs Coffey was awarded the Order of Australia Medal in 1985.

Bandler was best known for her leadership in the campaign for the 1967 Constitutional referendum on Aboriginal Australians.

Pearl Gibbs was one of the most prominent female Indigenous female activists within the Aboriginal movement in the early 20th century. As a member of the Aborigines Progressive Association, she was involved with various protest events such as the 1938 Day of Mourning.

She played a vital role in ensuring that women were represented in the struggle for equality and injustices.

Rachel Perkins has dedicated her life to ensuring that the truth of Indigenous Australia is told from an Indigenous prospective just as her father Charlie Perkins had done. Rachel is known for her thought-provoking works such as Radiance (1998), First Contact, First Australians, Mabo and Redfern Now. The impact Rachel’s films have on the Australian culture is massive and her influence on the industry has brought about cultural diversity and led the way for other Indigenous filmmakers to follow.

Professor Megan Davis is the first Indigenous woman in the world to work for the UN where she is an international lawyer and an expert member of the United Nations Permanent Forum on Indigenous Issues.

Professor Davis also works at the Indigenous Law Centre at the University of New South Wales, specialising in the field of public law, public International law and human rights. She focuses her work on preventing violence against Indigenous women.

Writer and education advocate Dr Anita Heiss is an Aboriginal woman working to break down the divide between Indigenous and non-Indigenous Australia.