Some 370,000 Rohingya have fled Myanmar and entered Bangladesh since an upsurge in violence late last month, the United Nations said Tuesday. 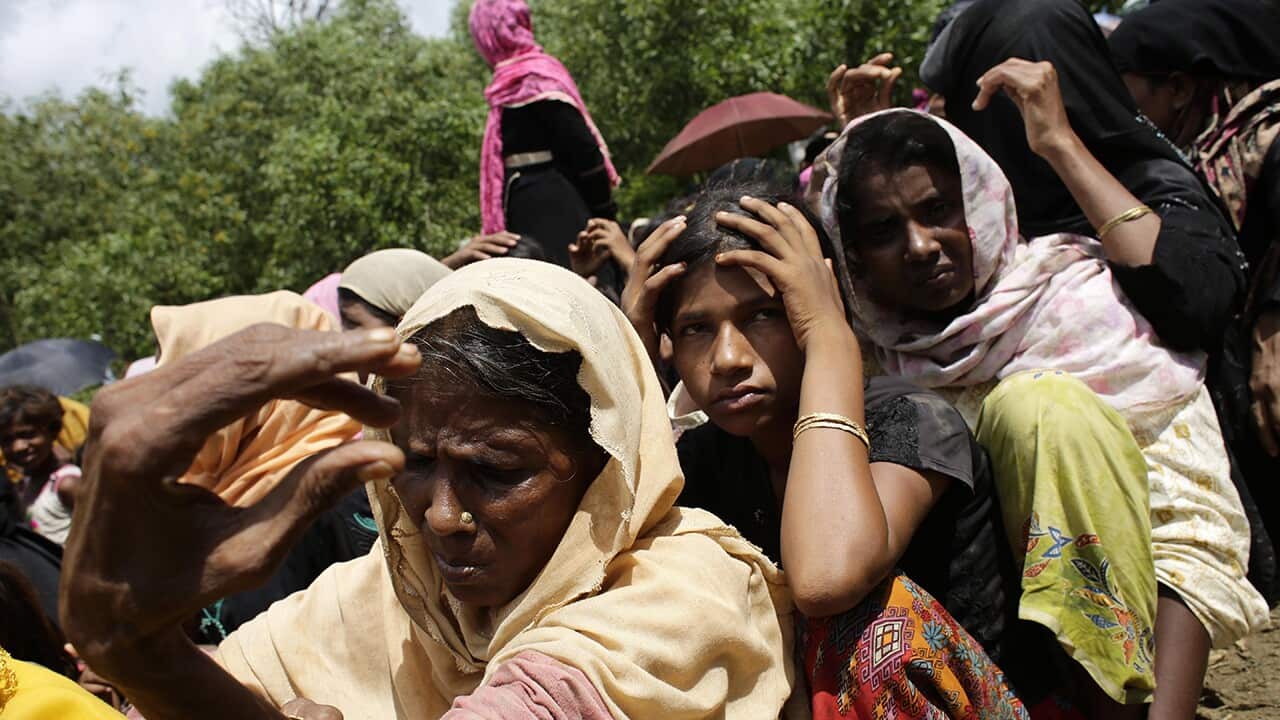 "An estimated 370,000 Rohingya have entered Bangladesh after fleeing violence in Myanmar's Rakhine state since August 25," Joseph Tripura, a spokesman for the UN refugee agency, told AFP.

The true figure could be even higher as many new arrivals are still on the move and staying by the roadside, making it difficult to include them in the counting, the UN said.

It attributed the overnight jump from Monday's figure of 313,000 to the large numbers now moving off the roadside and into informal camps, where they can be counted more easily.

Advertisement
Attacks by Rohingya militants on Myanmar security forces in Rakhine on August 25 sparked harsh military reprisals and an exodus across the border to southeast Bangladesh.

The Muslim Rohingya minority community has long been subjected to discrimination in mostly Buddhist Myanmar, which denies them citizenship.

Refugee camps and makeshift settlements in Bangladesh near the border with Myanmar already hosted at least 300,000 Rohingya before the latest upsurge in violence, and are now completely overwhelmed.

That has left tens of thousands of new arrivals with nowhere to shelter from the monsoon rains.

Most have walked for days and aid workers say many are sick, exhausted and in desperate need of shelter, food and water.

Thousands of Rohingya Muslim refugees who fled violence in Myanmar in search of refuge could be forced to make their new homes on a barren Bangladeshi island that floods every year.

The Bangladesh government has appealed for international support to move the Rohingya to the island as the impoverished country confronts a growing crisis over where to house an influx that has mounted following a military crackdown in Buddhist-dominated Myanmar's Rakhine state.

More than 300,000 Rohingya have poured into Bangladesh since the latest flare-up in violence on August 25, adding to around 300,000 refugees already living in overflowing UN-run camps in Cox's Bazar district, close to the border with Myanmar.

The surge has overwhelmed the Bangladesh authorities, who are scrambling to find land to build more camps, including on the inhospitable and uninhabited Thengar Char island - recently renamed Bhasan Char - despite reluctance on the part of Rohingya leaders and UN officials.

Bhasan Char, located in the estuary of the Meghna river, is a one-hour boat ride from Sandwip, the nearest inhabited island, and two hours from Hatiya, one of Bangladesh's largest islands.

The authorities first proposed settling Rohingya refugees there in 2015, as the camps in Cox's Bazar became overstretched with new arrivals.

But the plan was apparently shelved last year amid reports that the silt island, which only emerged from the sea in 2006, was unhabitable due to regular tidal flooding.

The government is trying to find new room for the Rohingya, including establishing a new 2,000-acre (800-hectare) camp near Cox's Bazar, close to the Myanmar border, which will house around 250,000 Rohingya.

Prime Minister Sheikh Hasina was to visit the construction site on Tuesday.

As the exodus swells however, there are fears that may not be enough to accommodate all those in need of shelter.

As a result, the Bangladesh government is speeding up work at Bhasan Char with a view to building a 10,000-acre facility that can house hundreds of thousands of Rohingya.

But they face huge challenges.

A police official in the region told AFP that the island, which is used sporadically by fishermen and farmers seeking to graze their animals, was susceptible to tidal flooding once or twice a year.

"I think the island needs... massive infrastructure before it gets habitable," the official said.

The presence of the Bangladesh Navy, which is involved in developing the island, has deterred pirates who used to operate in the seas around Bhasan Char.

"The Navy has... already set up two helipads and are now building roads and a shed for their use", said Mahbub Alam Talkukder, a government administrator based in the region.

Bangladesh Foreign Minister A.H Mahmood Ali on Sunday appealed for international assistance to help transport the Rohingya to Bhashan Char during a meeting with diplomats and UN officials.

But Rohingya leaders remain opposed to the move, while a UN agency official warned that any attempt at a forced relocation would be "very complex and controversial".

The Rohingya, a stateless Muslim minority, have faced decades of persecution in Myanmar where they are regarded as illegal immigrants, despite having lived there for generations.

Exhausted refugees in Cox's Bazar told AFP they did not want to move yet again.

"I fled my village in Rakhine to escape murder at the hands of the Burmese," said Ayubur Rahman, a 26-year-old who fled Rakhine before the latest violence erupted.

"I would rather stay here."