Infrastructure Australia has warned a new wave of investment and planning reform is needed for the nation to keep pace with population and economic growth. 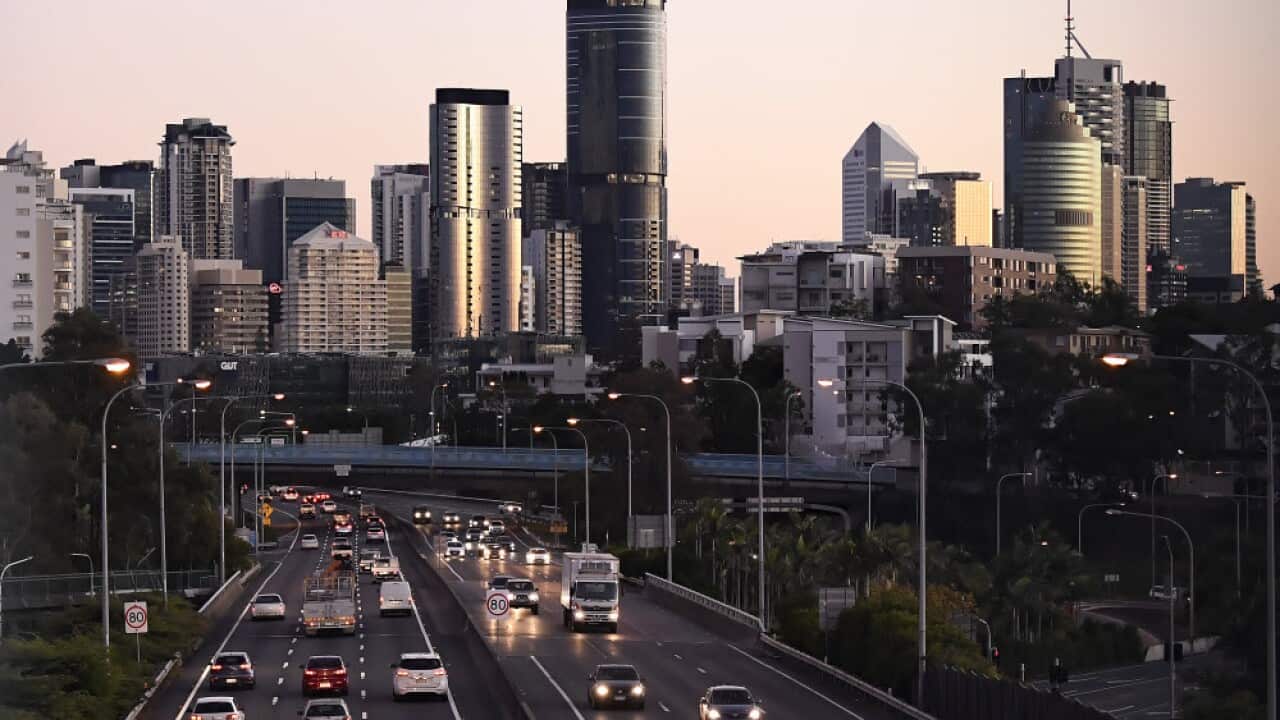 Traffic coming in and out of the central business district in Brisbane Source: AAP

Australia needs to commit to spending $200 billion every five years on a range of infrastructure projects if it wants to keep pace with population growth.

The most visible example of the impact of poor infrastructure is the increasingly congested roads and crowded public transport in our biggest cities, the 2019 Australian Infrastructure Audit published on Tuesday says.

Advertisement
The government cut the permanent migration cap in a bid to reduce congestion. Source: AAP

At the moment, this congestion costs the economy $19 billion a year but if no more is spent on upgrades, that will double to nearly $40 billion by 2031.

Less visible but just as frustrating to people are hospitals and schools that are ageing or reaching capacity, overcrowded parks and city green spaces, ageing water pipes, and the quality of services like the NBN.

The report notes that migration is a key driver of Australia's above average population growth.

In a "congestion-busting" effort, the government reduced the cap on migration from 190,000 to 160,000 ahead of the May election.

Despite the cut in permanent migrants, population projections contained in the April budget show the government expects overseas arrivals to rise even faster than previously predicted due to a surge in temporary migrants.

While people think power bills are the most expensive cost of living - since they were the fastest growing over recent years - in fact, car running costs take up $205 of this.

Infrastructure Australia says the historic level of construction activity should be the "new normal". Source: AAP

As well as the new investment needed, Infrastructure Australia warns of a mounting maintenance backlog, much of which is unquantified.

"It needs to deliver long-term changes to the way we plan, fund and deliver infrastructure. This must be the new normal if we are to meet the challenges and opportunities ahead."

Planning problems have occurred because population projections have traditionally been based on past growth areas, whereas actual growth has been faster and in different areas than anticipated.

Ms Madew said the dominance of the urban fringe has ended.

She cited Canberra's experience where the long-time balance of 60 per cent of the population living in outer suburbs and 40 per cent in the inner areas is now changing.

That said, infrastructure in the outer suburbs of our cities still needs major investment.

Infrastructure Australia's policy and research director Peter Colacino put much of the change down to the effect of the large "millennial" generation, which will make up three-quarters of the workforce by 2025.

"Millennials have different expectations in terms of ... work-life balance, flexible work hours, owning a vehicle, the opportunity to work from home," he said.

"As you have the transition from baby boomers to millennials and subsequent generations, where people live and how they work is changing."

But on the whole, he said, public transport access was improving, the quality was quite good and affordability has improved for most Australians.

The key challenge was getting the proper investment required.