The Department of Home Affairs has revealed its "intended" start dates for partner and parent visa concessions - a move which has been met with both optimism and anxiety. 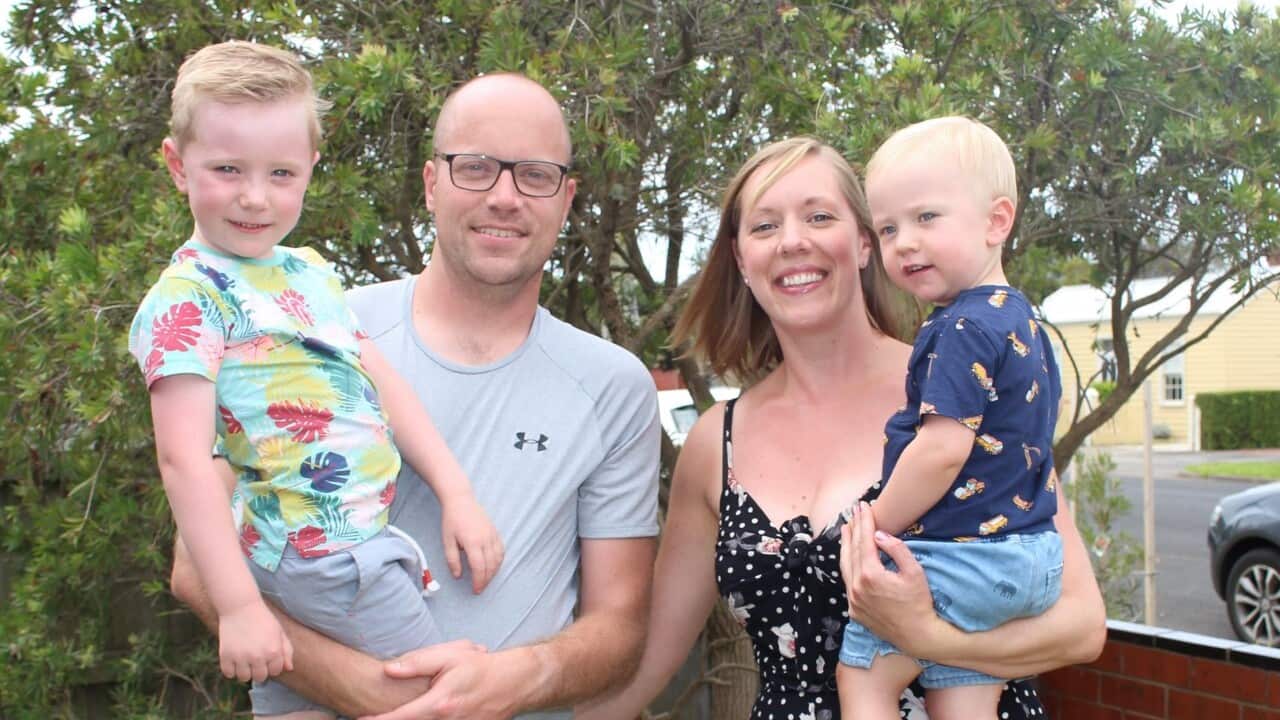 Ben Doyle and his partner Gemma have cautiously welcomed the government’s announcement of an intended starting date for travel concessions. Source: SBS

Partner and parent visa applicants have cautiously welcomed
the release of "intended" starting dates for the government's previously announced travel concessions
, but say they are anxious to make sure they are followed through.

In November, the government announced it would implement temporary changes so that offshore partner visa applicants in Australia didn’t have to leave the country to have their visas granted during the coronavirus pandemic.

A similar announcement was made for parent visa applicants last month.

Advertisement
On Friday night,
the Department of Home Affairs’ website
was updated to show the “intended” start dates for each visa stream.

Australian man Ben Doyle and his partner Gemma, who is from the UK, cautiously welcomed the change.

The couple have been together for 14 years and moved to Australia in early March last year, prior to the country closing its borders.

At the time, Gemma’s partner visa application was close to finalisation, so she entered Australia on a one-year tourist visa.

“Unfortunately, we didn’t know there was going to be a pandemic,” Ben told SBS News, saying their family has since been trapped in “limbo” waiting for a decision to be made on Gemma’s future in Australia.

Last September, Ben said they received what they thought was good news from the government - that a decision would be ready to be made.

“But obviously, since that point, Gemma hasn’t been able to travel. It’s not safe, it’s not practical, and there wouldn’t be any guarantee that she could return to Australia," he said.

“We’ve essentially been in limbo."

The couple's only option would have been to pay tens of thousands of dollars in combined fees for the application process, for Gemma to travel in and out of the country, and to then quarantine upon re-arrival in Australia. Even then, there would be no guarantee that she would be allowed to return to Australia.

“It’s a significant cost and a significant disruption to one's life. And it’s a bit of a challenge because we have two young boys. I would have to be the sole parent for a while."

Ben said Friday's change was the first “ray of light”, but he now hopes the government will follow through on their intentions.

He stressed that while the announcement was “positive” news, nothing is definite.

“It is progress. But until the rubber hits the road, and we see the results, we can’t be sure,” he said.

“The uncertainty, without a doubt, puts a strain on us - financially, personally, emotionally.

"It’s rough - particularly the relationships you have with your family and your partner through this, because all you want is an announcement, so you can get some certainty and get some things back into your control and plan your life.

“Gemma and the other 4,000 plus applicants are waiting for this concession to be implemented, and are going through this limbo."

Ben claimed the rule is "completely impractical", particularly during a pandemic.

"It’s completely impractical - not just from a financial point of view, but also from a safety and common-sense perspective as well," he said.

Labor MP Julian Hill has been campaigning on behalf of anxious visa applicants for months. He plans to move a private member's bill on Monday that would temporarily amend the Migration Act to allow all visa types to be granted onshore.

Speaking to SBS News after the Friday announcement, Mr Hill criticised the federal government for flagging the dates as “intended”, and not implementing them sooner.

“It’s a last-minute panic announcement just to shut down media attention ahead of my bill on Monday,” Mr Hill said.

“The government hasn’t committed to a date. They said they just intend to. But it’s the third time they’ve done exactly the same thing.

“None of these announcements cover the more than 30 other visa categories, or are of any comfort to those who have been paying the visa extension fees, who have just paid international student fees for their children during term one, who are still not able to work or buy property.”

Julian Hill criticised the government for flagging the dates as 'intended'. Source: SBS

“If the government wants to actually fix the problem, they could vote for my bill on Monday, waive it through and it’ll be done," he said.

“There’s no explanation and no excuse for not acting now."

Ben, however, remains optimistic and praised the "mountain of behind-the-scenes work" by Mr Hill and visa lobby groups.

“Hopefully in two weeks’ time, people like Gemma will be able to get their visas which will enable them to fully settle in Australian life, find a job, pay taxes - all that kind of stuff," he said.