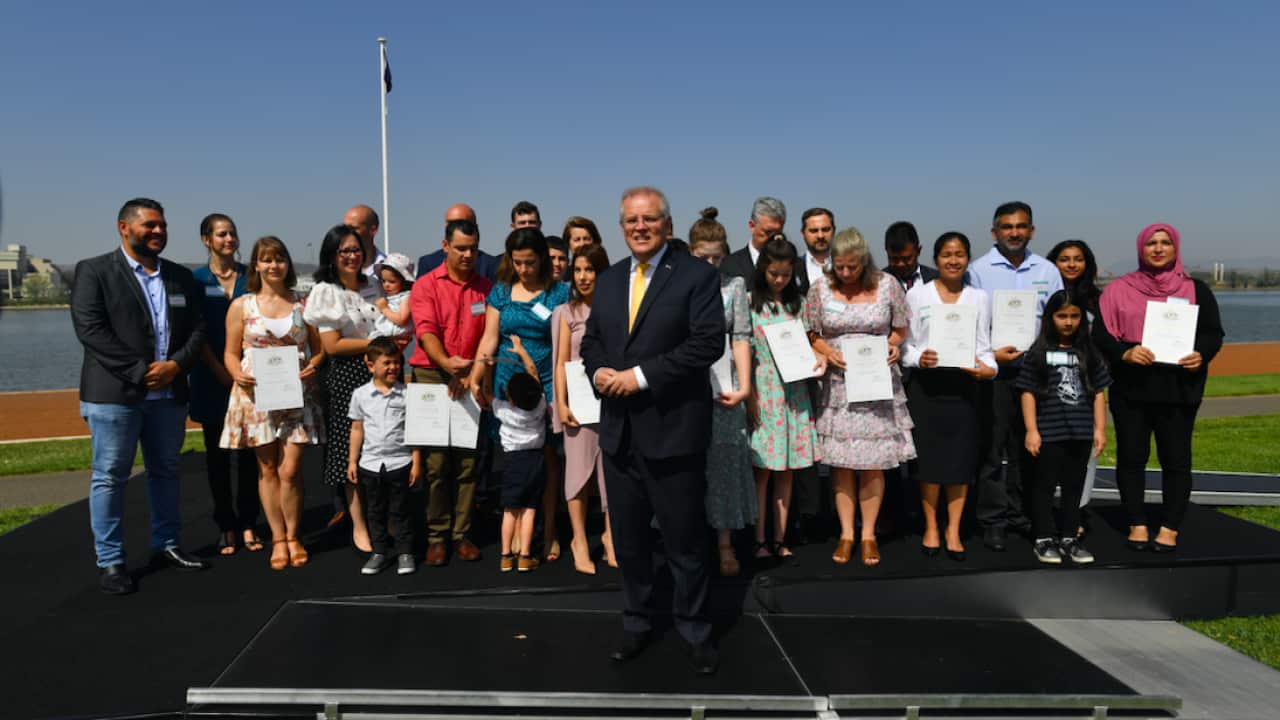 Advertisement
Immigration Minister Alan Tudge told SBS News the government has made reducing the citizenship backlog and cutting waiting times a priority, even amid the pandemic.

Dinesh Kumar and his family at the citizenship ceremony in Canberra on Friday. Source: SBS News

Almost
1,200 people have signed his petition
calling for the government to gradually resume the procedures as coronavirus health concerns ease.