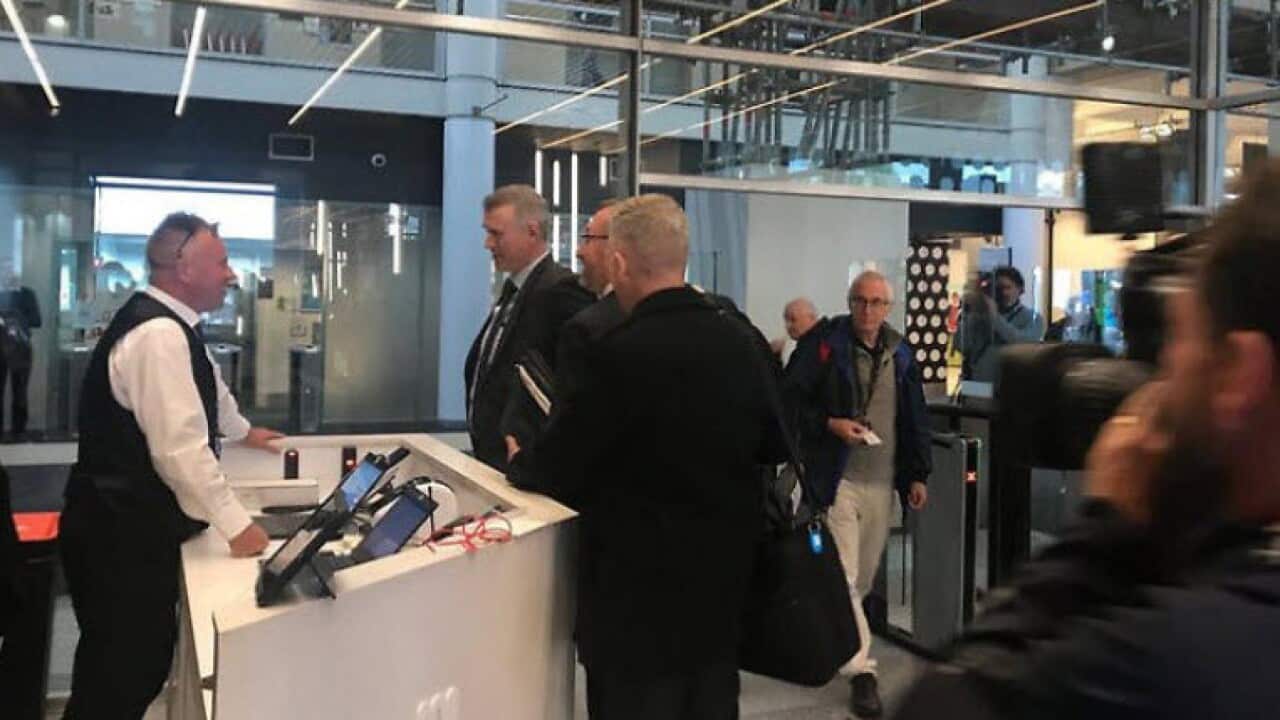 The ABC is challenging the warrant used by the AFP to raid its headquarters earlier this year. Source: Twitter

The ABC has launched legal action over the Australian Federal Police raid of its Sydney headquarters.

The public broadcaster on Monday said it had lodged an application in the Federal Court to set aside the warrant that authorised the AFP raid on June 5 and to demand the return of seized files.

The ABC is also seeking a permanent injunction to prevent the AFP from accessing the material seized.

"The ABC is asking the court for a declaration that the warrant was invalid on several technical grounds that underline the fundamental importance of investigative journalism and protection of confidential sources," managing director David Anderson said in a statement.

"We are also challenging the constitutional validity of the warrant on the basis that it hinders our implied freedom of political communication."

Executive Editor of ABC News John Lyons is followed by an Australian Federal Police officer as they leave the office after the raid. Source: AAP

The ABC's Ultimo offices were raided on June 5 in relation to stories published in 2017 alleging Australian soldiers may have carried out unlawful killings in Afghanistan, based on leaked Defence papers.

During a search, AFP officers took possession of about 100 documents, on national security grounds. The contents were transferred to USB sticks and placed in sealed bags.

Also on Monday, News Corp said it intends to mount a legal challenge over the validity of the warrant the AFP used to conduct its raid on the home of journalist Annika Smethurst.

The warrant executed at her Canberra home on June 4 was over the 2018 publication of a leaked plan to allow the Australian Signals Directorate to spy on Australians.

Executive chairman of News Corp Australasia Michael Miller said the company would challenge the validity of the warrant "because we are determined to fight for journalism and for the public's right to know".

"We also invite the AFP to confirm that it is discontinuing its investigation into both Annika and News Corp," Mr Miller said in a statement on Monday evening.

Mr Anderson said the ABC was determined to defend its journalists and the work they do informing the public.

"The AFP has given an undertaking not to access the files until our proceedings are determined," he said.

"Because of the court proceedings, I cannot add much more."

A full hearing on the matter isn't expected until late July or early August.

"Rest assured, though, that the ABC will be using every avenue over the next few weeks to defend the actions of its journalists and to seek legislative changes that protect the media's ability to report on matters of public interest," Mr Anderson said.