The federal education minister wants the University of Sydney to check whether a pro-Assad academic has breached any code of conduct rules. 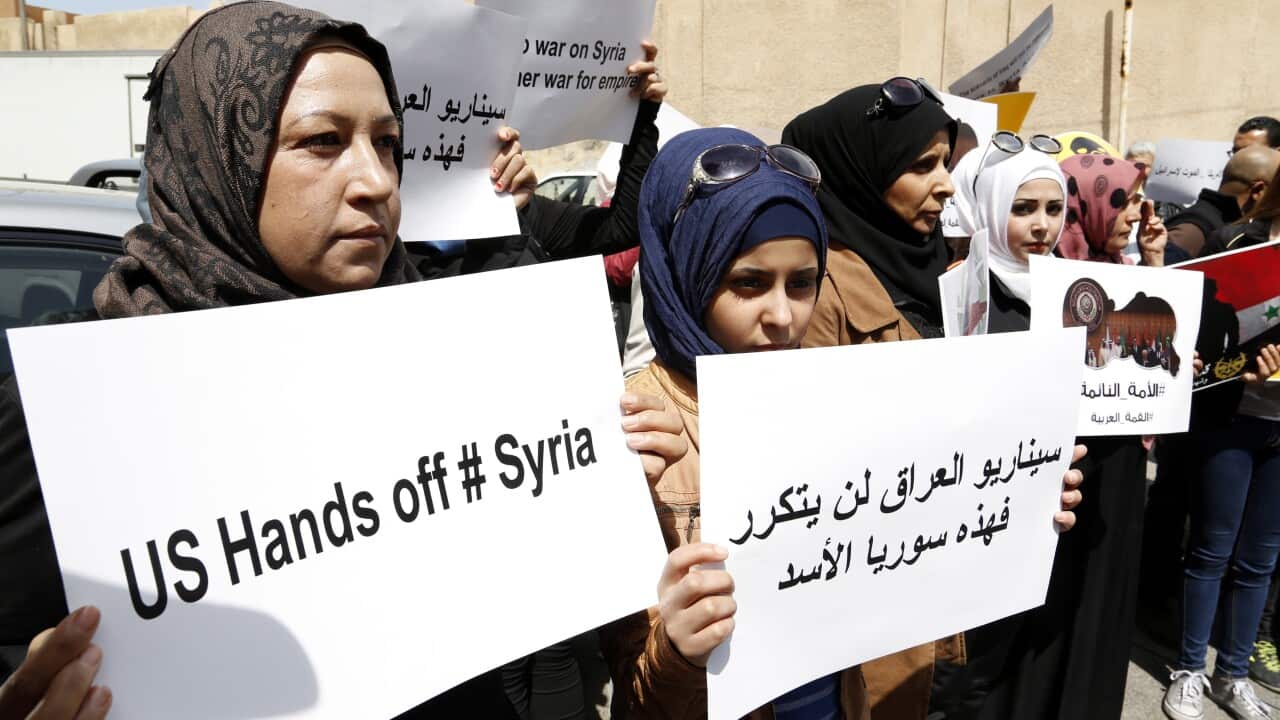 Dozens of Syrians gathered outside the offices of the United States in Damascus, Syria. Source: EPA

The federal education minister has branded a Sydney academic, who believes the US missile strike in Syria is a "false flag" attack, as an apologist for "grievous" crimes against civilians.

But the University of Sydney academic himself has hit back, saying the Turnbull government is guilty of war crimes in Syria last year over a botched coalition bombing raid.

Tim Anderson, a senior lecturer at the university's political economy department, believes there is no credible evidence Syrian leader Bashar al-Assad has ever used chemical weapons against his people.

He blamed rebels for the recent gas attack in Idlib province which killed scores, including children.

He felt "sad" there would be more false flag attacks and said he believed most of the Idlib victims were "hostages" killed by chemical weapons.

"No motive, no evidence," Dr Anderson told AAP on Tuesday.

Dr Anderson, who's written a book blaming "western-backed jihadists" for massacres in Syria, also described Mr Assad as "well-spoken, polite and diplomatic" having met him in person.

But Education Minister Simon Birmingham says the university should examine whether the academic has breached any rules.

"Although universities are places where ideas should be contested, that's no excuse for being an apologist for grievous crimes against innocent civilians," he told AAP in a statement.

"I trust the university will take a close look whether those comments and any course content breach their code of conduct and academic standards."

Dr Anderson pointed to an operation last year when RAAF aircraft were involved in air strikes on what was believed to be an IS fighting position in eastern Syria, killing dozens of Syrian military personnel.

"Australia has committed major war crimes against Syria," he said.

The university said, while it did not endorse the statements expressed by Dr Anderson, it remained committed to the expression of free speech.

"This means tolerance of a wide range of views, even when the views expressed are unpopular or controversial."

Prime Minister Malcolm Turnbull has reiterated his support for the recent US missile strikes, describing it as swift, just and calibrated - and the chemical attack as a shocking war crime.

Watch: No peace in Syria under Assad: US