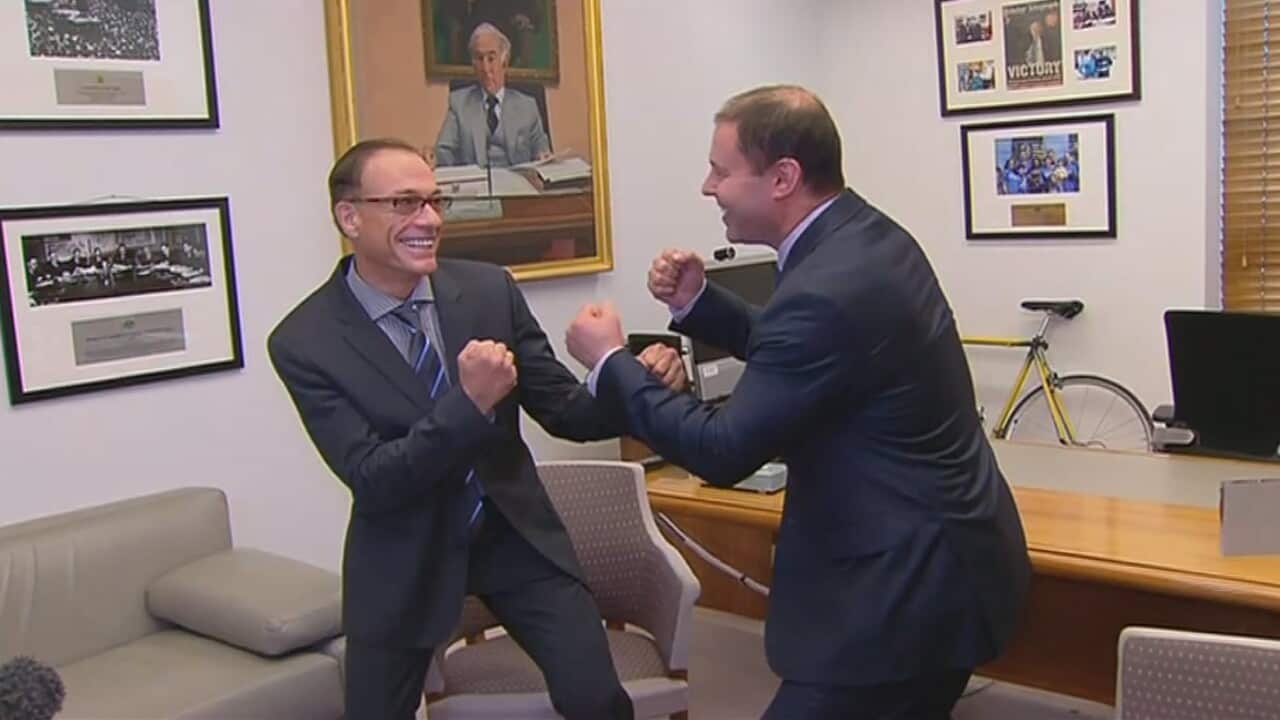 As protestors scaled the front of Parliament House, one of the world's most famous action heroes was inside talking up the environment with a Turnbull Government minister.

Proving he's not just a Lionheart, John-Claude Van Damme - famous for his martial arts films in the '80s and '90s - joined Environment Minister Josh Frydenberg in his office this morning to discuss, among other things, the protection and promotion of threatened species.

"To have the Muscles from Brussels here in Australia is terrific and we're great fans of your movies," Minister Frydenberg said while posing for photos with the Hollywood star in his office.

Advertisement
"It's wonderful to have the opportunity to discuss important environmental matters knowing how passionate you are about the preservation and protection of Australia's native and indeed the world's native species."

Mr Van Damme didn't need to kick in Minister Frydenberg's door for the meeting to take place, rather, he simply raised the prospect of a one, last month, which was accepted.

Both of the men practiced their best moves for the cameras before the action star posed for further photos with the excited media.

"He outlined his ideas for a wildlife sanctuary for native and non-native species in Australian and look forward to further discussions as his proposal develops," Minister Frydenberg said.

THE FEED
'I think they don't know how sensitive and emotional I am': Jean Claude Van Damme