Australia's Winter Olympians, headed by aerial world champion Laura Peel, have been in impressive form in the lead-up to the Beijing Games. 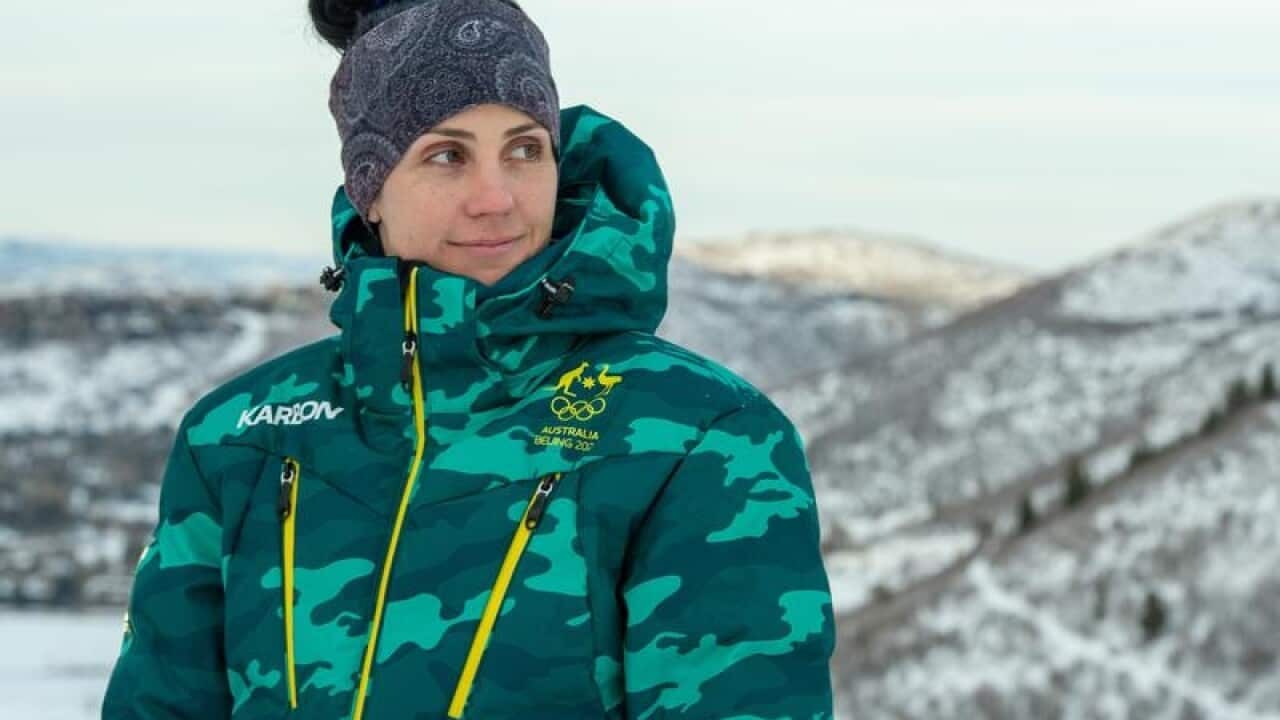 Peel headlined a bumper selection announcement on Sunday of 34 athletes, with a total squad of 44 set to travel to Beijing ahead of the opening ceremony on Friday, February 4.

Chef de Mission Geoff Lipshut is buoyant about Australia's medal prospects after a rush of podium performances this month.

"Our athletes and coaches have done a fantastic job and I'm really confident that our athletes have been given a great opportunity to succeed in Beijing," Lipshut said on Sunday.

"Our medal range has been from one to three - history shows us we've got five gold, five silver and five bronze so a great outcome would be one of each."

Australia won two silver and a bronze at the 2018 Olympics in Pyeongchang.

Scotty James, who burst back to form with victory in the X Games in the USA this weekend ahead of his fourth Olympics, is among an 11-strong snowboarding field.

Valentino Guseli, 16, finished sixth in the X Games and will make his Games debut, while recent World Cup slopestyle winner Tess Coady is hoping for better luck after a training injury before competition in Pyeongchang.

Bree Walker and Kiara Reddingius will line up in the women's bobsleigh while Walker is the first Australian to contest the new monobob event after claiming 12 world series podiums over the past two seasons including six gold.

There are eight mogul skiers with Britt Cox selected for her fourth team while Jakara Anthony is ranked third in the world after eight world cup medals.

Olympic silver medallist Matt Graham has recovered from a shattered collarbone to compete while Cooper Woods and Sophie Ash will make their debut.

Sophie's younger sister Gabi, 23, will join Peel and Danielle Scott in the aerials.

At the last World Cup, Peel was a runaway winner but also has a quadruple twisting triple backflip up her sleeve after landing it in training.

Australian Olympic gold medallist Lydia Lassila and former world champion American Ashley Caldwell are the only other female athletes to land the jump.

Peel said she hadn't decided whether she would pull out the jump in her gold medal quest in Beijing.

"In terms of whether it's needed or not, I think we've got a stacked field - everybody stepped it up this year leading into the Games so I very well may."

Phillip Bellingham will compete in this third Olympics among a six-strong cross country contingent while four alpine athletes were also confirmed.

Greta Small has also been named for her third Games and will contest the downhill, super-G and alpine combined events.