Airstrikes hit IS stronghold in Syria 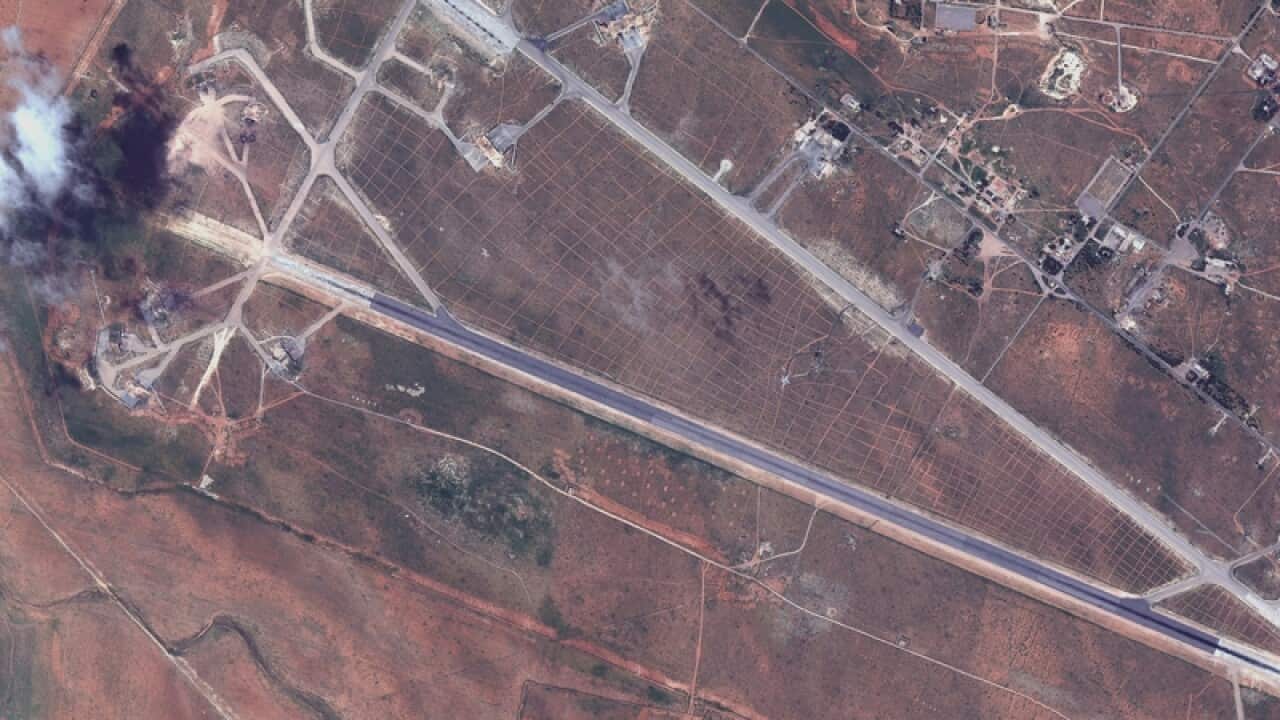 At least 15 civilians have been killed in strikes by suspected US-led coalition warplanes in Syria. (AAP) Source: SBS

At least 15 civilians have been killed in strikes by suspected US-led coalition warplanes on a key stronghold of the Islamic State extremist militia in Syria, a monitoring group says.

The planes targeted the village of Hneida on the outskirts of al-Raqqa on Saturday, the de facto capital of Islamic State in the war-torn country, the Syrian Observatory for Human Rights said.

The dead included four children, according to the watchdog, which relies on a network of activists in Syria.

Advertisement
A witness said the bombardment had struck an internet cafe in Hnedia.

"Seventeen people were killed and 12 injured (and) the building was completely destroyed," Mohammed al-Ajeily told dpa. "The number of casualties is expected to rise because some of the injured are in critical condition and due to a shortage of medical centres in the area."

Residents of areas under Islamic State control go to internet cafes because the radical group bans access to the internet at home.

Since November, US-backed forces have pressed ahead with a major offensive aimed at seizing al-Raqqa, a city that has been under Islamic State rule since 2014.

Elsewhere in Syria, unidentified warplanes struck Khan Sheikhoun, the rebel-held town that was the site of a suspected chemical weapons attack earlier this week, the Observatory said.

At least one woman was killed and another civilian injured in the air raid, which targeted the eastern part of Khan Sheikhoun in the north-western province of Idlib.

The bombardment comes a day after the US launched dozens of missiles against a government airbase in central Syria from where a chemical weapons attack on Khan Sheikhoun is thought to have been launched.

The Observatory said that 87 civilians, including 31 children, were killed in Tuesday's attack, which was widely attributed to the Syrian government. Syria has denied the claim.

The airbase's runways weren't hit because they're too easy to repair quickly, US President Donald Trump said in an apparent response to reports that planes are taking off again from the airfield.

"The reason you don't generally hit runways is that they are easy and inexpensive to quickly fix (fill in and top)!" Trump wrote on Twitter.

Trump sent a letter to Congress spelling out his reasons for taking the action and saying the US "will take additional action, as necessary and appropriate, to further its important national interests."