Anthony Albanese is set to become the new Labor leader, after Jim Chalmers pulled out. 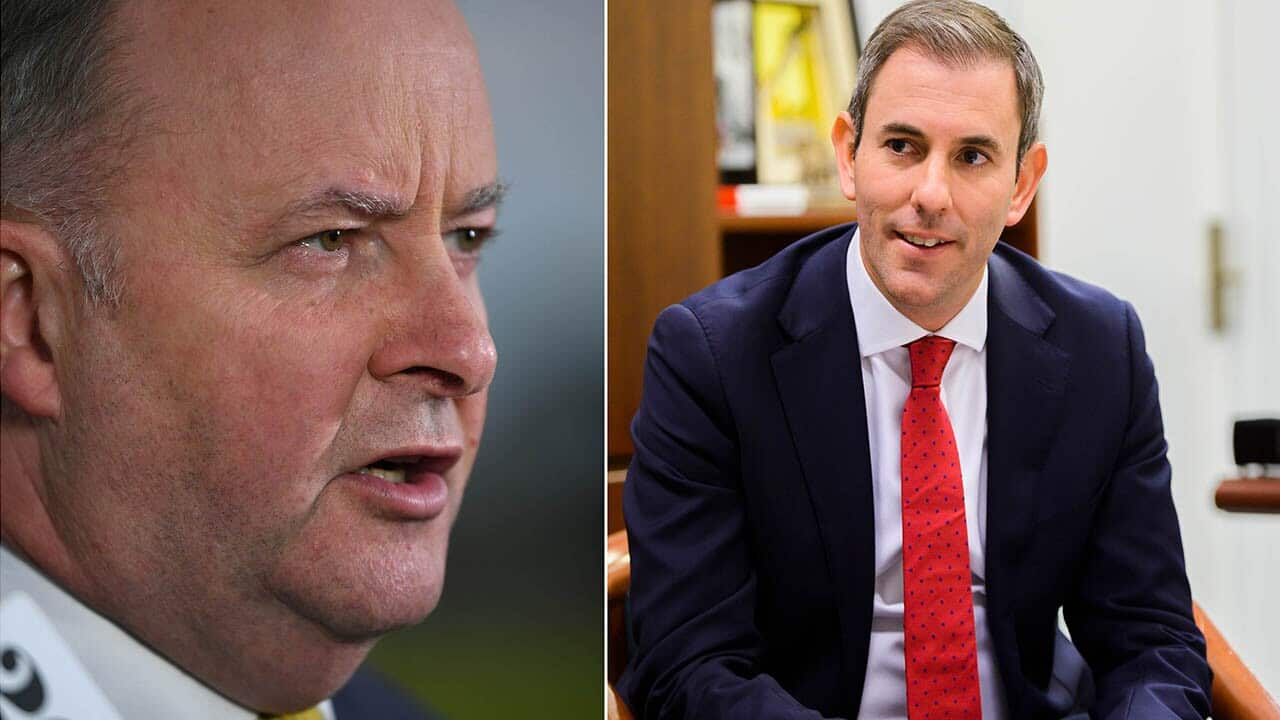 Anthony Albanese is set to become the new Labor leader, with Jim Chalmers pulling out of the race.

Shadow treasurer Chris Bowen bowed out of the race on Wednesday,
a day after declaring his candidacy, having realised Mr Albanese had strong grassroots support.

On Thursday afternoon, Mr Chalmers also pulled out of the competition.

Advertisement
"I won't be putting my hand up for the leadership of the Australian Labor Party this time," he said in a statement.

"I want to thank the many parliamentary colleagues, branch members, activists, and people from the broader labour movement and from communities right around Australia who contacted me and urged me to run on a platform of generational change.

"I gave it very careful consideration and I didn’t take it lightly. There were good reasons to run. But in the end I couldn’t be assured of winning, and if I did win the extra responsibilities of leadership would make it much harder to do my bit at home while the youngest of our three little kids is only five months old."

It was widely believed the Queenslander would be a strong contender against "Albo", with the backing of the Labor right.

Mr Chalmers has been in parliament since 2013 as the member for the Brisbane seat of Rankin.

In his statement, he said he had spoken with Mr Albanese on Thursday morning to confirm he would "enthusiastically support" the Sydney MP.

"I'm being encouraged to nominate for leader and I'll now consider my options overnight," he said on Wednesday.

"Labor needs to rebuild, refresh and renew and I want to play a prominent role in that. What role is to be determined."

Mr Albanese believes he has the support of enough of the caucus to ward off a challenger.

"I am confident, but not complacent, about being able to succeed if another candidate comes forward," he told reporters in Sydney.

The ALP national executive met on Wednesday evening to map out the leadership process but with only one contender, it's expected there won't be a vote.

READ MORE
DJ vs former mayor: what you don’t know about Labor’s next potential leaders

In the 2013 leadership battle with Mr Shorten, Mr Albanese won the grassroots support but lost the caucus vote.

Regional NSW MP Joel Gitzgibbon had been flirting with the idea for running for leader, if he didn't feel there was a candidate willing to give regional Australia a seat at the decision-making table or connect with its working-class base.

Having spoken with Mr Albanese, the MP is confident he would do both.

"He has a deep interest in rural and regional Australia - always has done," Mr Fitzgibbon told ABC's 7.30.