Australians appear to be drinking less, with Australian Bureau of Statistics figures showing less alcohol was available for consumption in the past year. 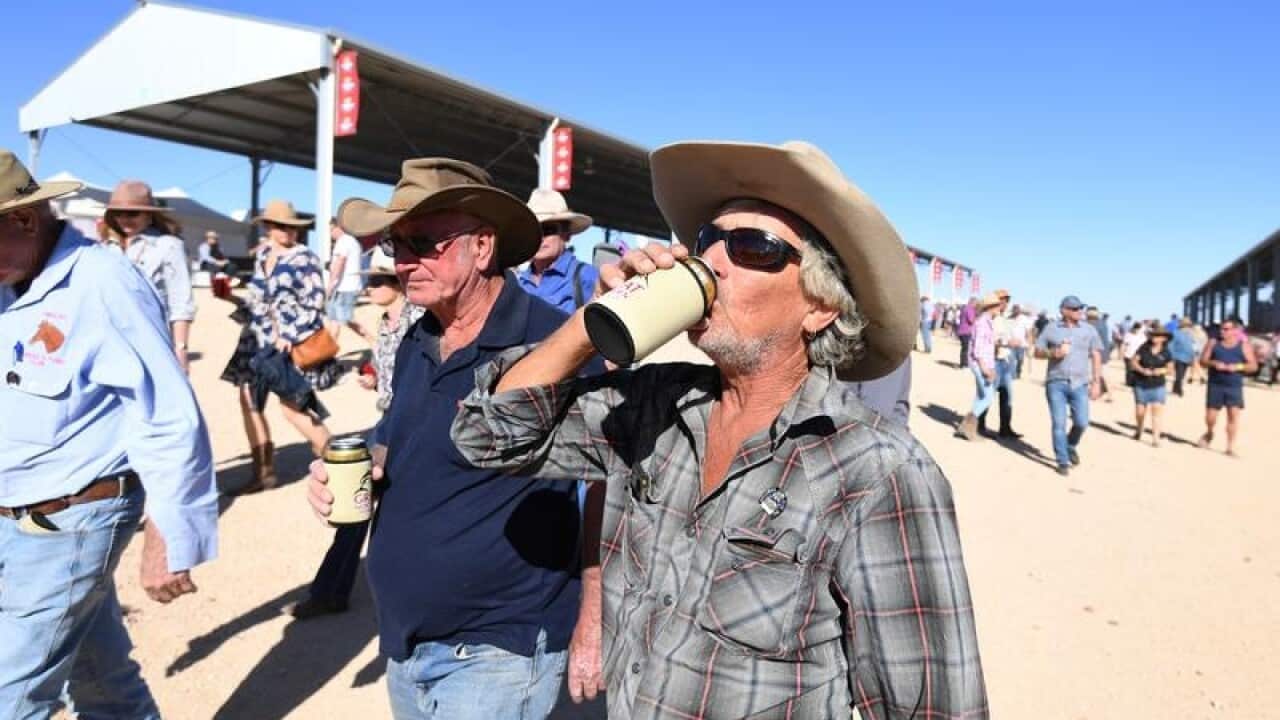 Australians consumed less pure alcohol in 2016/17 than at any time in more than 50 years. (AAP) Source: SBS

Australians are drinking the least alcohol they have in more than 50 years.

Official data shows 186 million litres of pure alcohol was consumed across the nation in 2016/17, the lowest figure since 1961/62.

This equates to 9.4 litres of pure alcohol for every person aged 15 years or more, the Australian Bureau of Statistics reported on Monday.

Advertisement
That's what you would find, on average, in 224 stubbies of beer, 38 bottles of wine, 17 bottles of cider, 33 cans of pre-mixed drinks and four bottles of spirits.

That's less than half the booziest year on record is 1974/75 - the so-called "peak beer" period - with consumption hitting the equivalent to 500 stubbies per person.

A drop in the amount of beer drunk has been the biggest contributor to the overall fall in the year.

Australians downed 3.4 per cent less pure alcohol from beer, or 2.6 million litres in 2016/17, compared to the year before.

But it's still beer that Aussies like to drink the most, with the beverage accounting for 39.2 per cent of all alcohol consumed in the year.

The figures are based on the amount of alcohol available for consumption across the nation.

This means they can overestimate the amount of alcohol consumed, given they can't account for storage or waste.

However they can also underestimate the true level of alcohol drunk by each Australian, given about a fifth simply don't drink at all.

The drop in alcohol available in Australia in 2016/17 continues a downward trend that emerged in 2008-09.