A "baby- faced" IS recruit once thought to be a British jihadist has been identified as a Melbourne secondary-school drop-out, who was radicalised online. Family and former schoolmates of the 18- year- old known as "Jake" say they're shocked at his move. 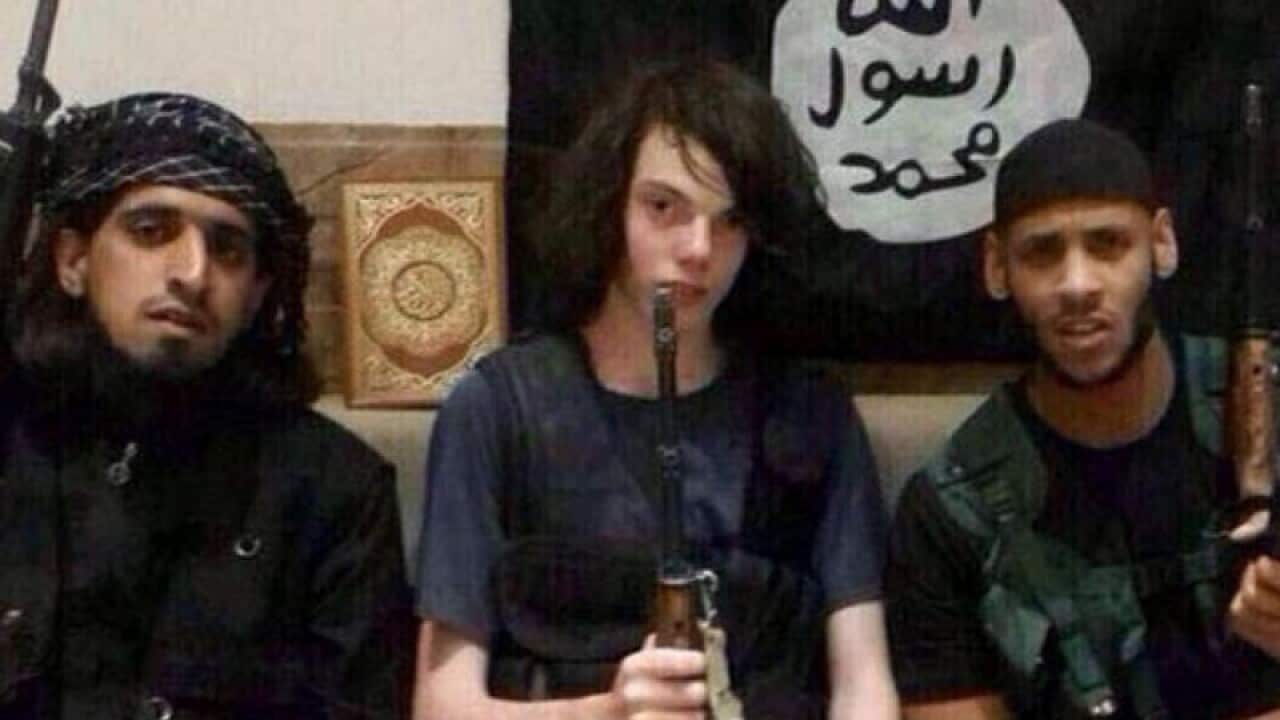 A "baby- faced" IS recruit once thought to be a British jihadist has been identified as a Melbourne secondary-school drop-out,  who was radicalised online.

Family and former schoolmates of the 18- year- old known as "Jake" say they're shocked at his move.

On Monday, an IS fighter declared a "white jihadi" by the UK press in December was identified by Fairfax Media as an 18-year-old Melbourne man named Jake.

Advertisement
He went to Craigieburn Secondary College and was a good student before he dropped out last year after converting to Islam.

Too many brainwashed by death cult: PM

It comes as Muslim leader Dr Jamal Rifi criticised the government for not doing enough to stop young people being influenced by "barbaric ideology".

Two teenage brothers were intercepted at Sydney airport on Friday night, after Customs officials suspected they were travelling to join the conflict in the Middle East.

Dr Rifi is relieved they were stopped but said there was nothing in place to stop the radicalisation of young people in Australia.

Mr Abbott said the government was working with community leaders on a program to target extremist propaganda but wouldn't rush its development and risk not getting value for money.

"We are about to begin a very big campaign to try to counter the influence that the death cult has, particularly online, on vulnerable Australians," he told reporters in Perth.

"It's important that we spend the money the right way, rather than just blow it."

Attorney-General George Brandis in December announced a $17.9 million plan for a suite of measures to monitor online extremist campaigns.

The measures include monitoring of social media, taking down of terrorist websites and postings, and funding for civil society groups to publicly contest extremist messages.

Immigration Minister Peter Dutton said the two teenage brothers turned back at Sydney airport would be put on to a watch list.

"The authorities will be working really hard with the families," he said.

"On the advice I've got, the mum and dad had no knowledge of what was going on."

Mr Abbott said the government was doing everything it could to stop Australians travelling to fight in the Middle East, and to prevent those who have fought with extremists from returning to Australia.

"Too many Australians, it seems, are being brainwashed online by this death cult," he said.