Amid mounting criticism, Scott Morrison is flying home to address the bushfires

Amid growing public angst over his response to the bushfire emergency, the prime minister will fly back into Sydney on Saturday after cutting a family holiday short. 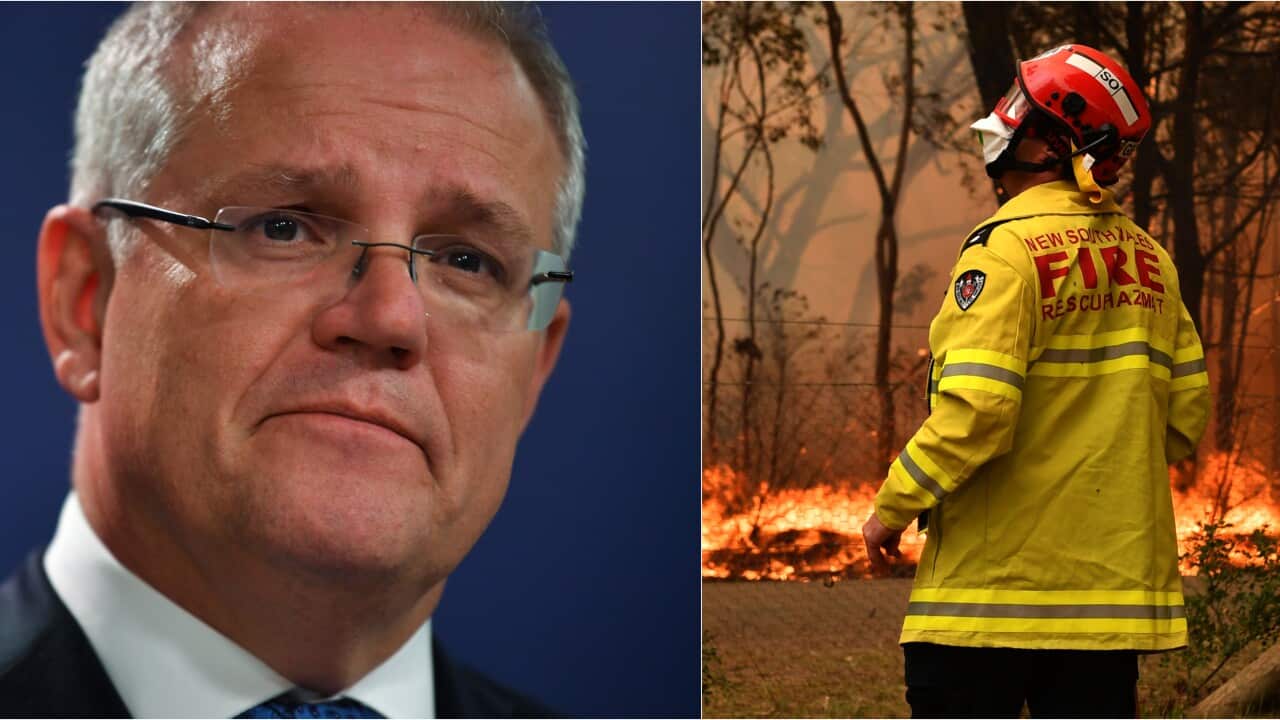 The prime minister's absence during the bushfire emergency has been subject to growing criticism in recent days. Source: AAP

Scott Morrison is returning to Australia after cutting a family holiday short to respond to the bushfire crisis and
growing criticism over the timing of his overseas jaunt
.

The prime minister is expected to visit Rural Fire Service headquarters over the weekend after flying into Sydney on Saturday.

Mr Morrison said on Friday he would return to Australia "as soon as can be arranged" but a photograph posted to social media appears to suggest the prime minister was still on the holiday island come Saturday morning (Australia time).

SBS News has contacted Mr Morrison's office about the image but has not received a reply at time of publication.


The prime minister has defended his family holiday to Hawaii during the bushfire emergency, saying it was arranged some time ago.

"I deeply regret any offence caused to any of the many Australians affected by the terrible bushfires by my taking leave with family at this time," Mr Morrison said on Friday.

Two volunteer firefighters were killed in a vehicle turnover near Buxton, south west of Sydney, on Thursday night.

"Given these most recent tragic events, I will be returning to Sydney from leave as soon as can be arranged," Mr Morrison said.

His wife and daughters will remain in Hawaii.