Papua New Guinea survived a year without widespread community COVID-19 transmission, but is now detecting hundreds of cases each day. 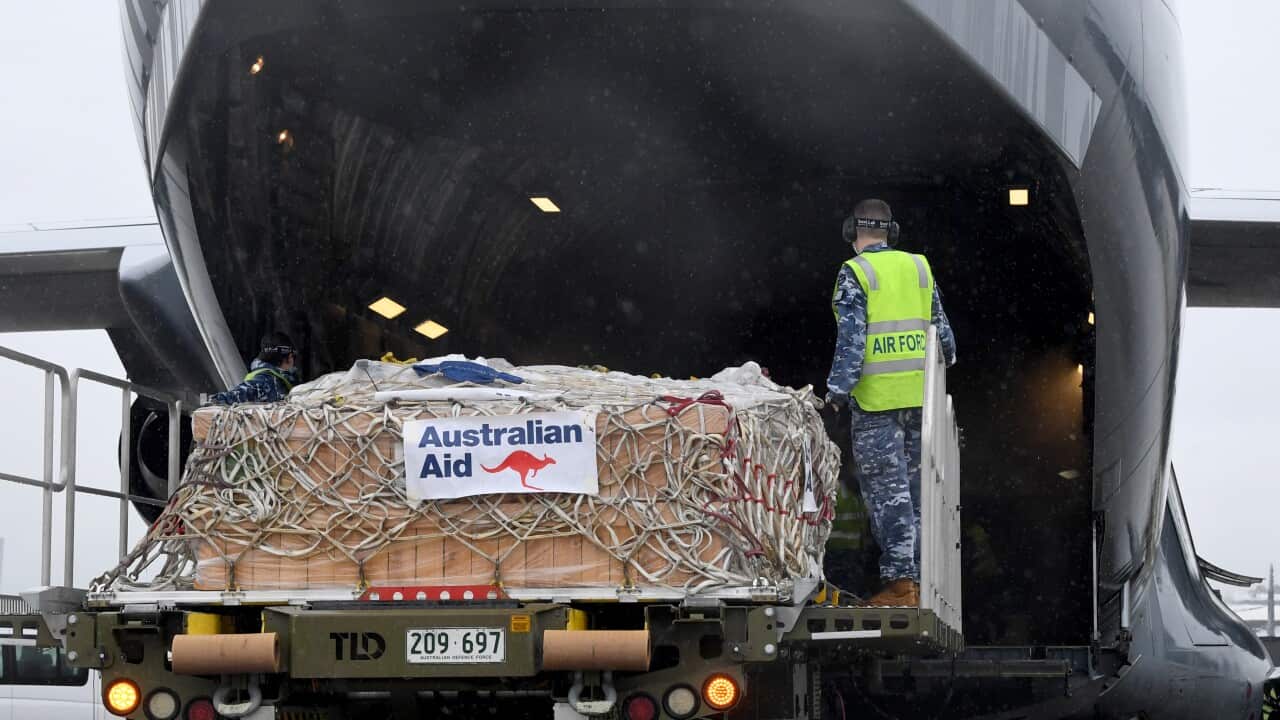 A Royal Australian Air Force member loads COVID-19 vaccines at RAAF Base Amberley, west of Brisbane, ahead of their arrival in PNG Source: AAP

An initial shipment of 8,000 doses of the AstraZeneca vaccine was flown in from Australia, earmarked to protect badly hit frontline hospital staff.

Advertisement
Papua New Guinea survived a year without widespread community transmission, but the Melanesian nation is now detecting hundreds of cases each day.

Some hospitals have been forced to turn away new patients due to a lack of medical staff, who are testing positive in large numbers.

With the total number of cases nationwide tripling in the past month alone, authorities at the weekend approved a series of measures, including shutting schools and bars and barring non-essential movement.

Concerned that widespread transmission could destabilise its neighbour, Australia has urged AstraZeneca to divert one million more doses to Papua New Guinea as soon as possible.

But there is no indication yet of when they may arrive.