Angry Culleton bundled out of court after outburst infront of magistrate

Former One Nation senator Rod Culleton narrowly dodged a contempt of court charge, police say, after an outburst in front of a Perth magistrate. 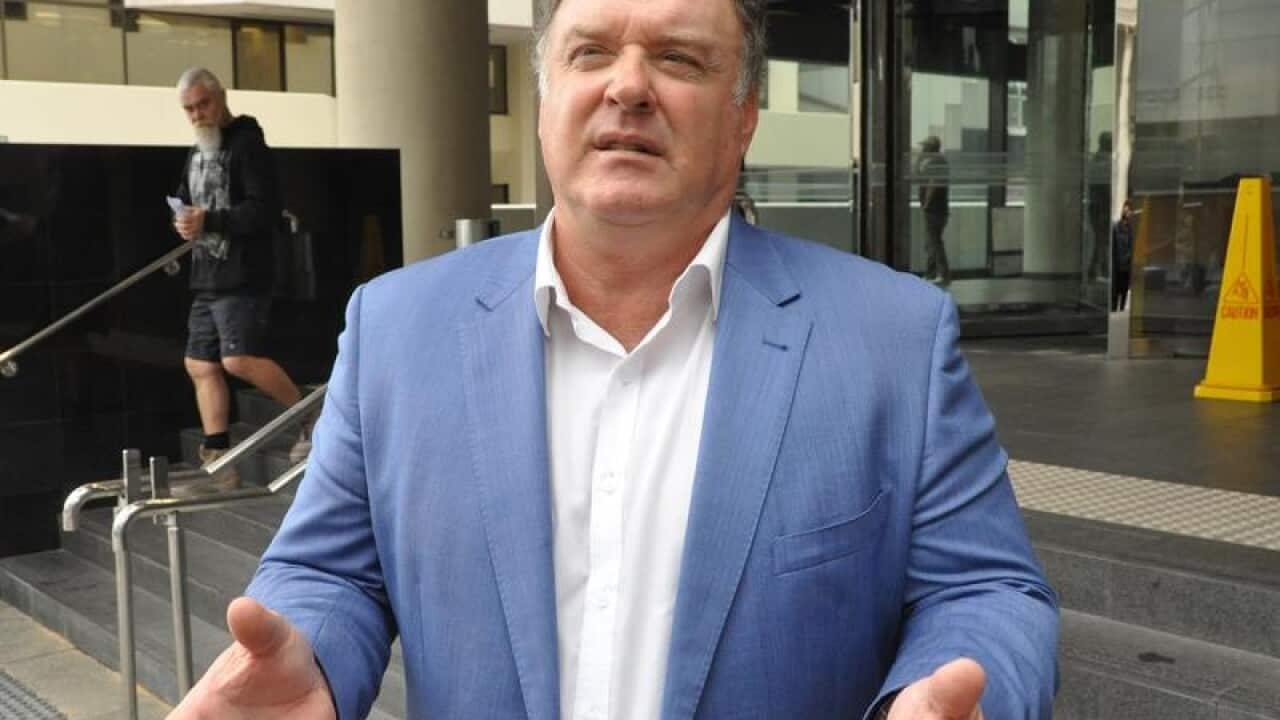 Former One Nation senator Rod Culleton has been bundled out of a Perth court by a policeman after he threw his eyeglasses in the magistrate's direction but was allowed back in and later apologised.

Culleton has been on trial in Perth Magistrates Court this week, charged with stealing, and represented himself.

He allegedly prevented bank-appointed receivers from leaving the Narrogin property of farmer Bruce Dixon, where they had begun foreclosure proceedings, by surrounding their $27,000 hire car with hay bales in March 2015.

Advertisement
Culleton began on Thursday by telling Magistrate Dianne Scaddan he felt the case was narrowing down to whether he enticed another person to do it and believed it should be dismissed on the basis he had no case to answer.

He also complained he had been subject to bail conditions for the past two-and-a-half years as a result of the charge, which left him "severely hamstrung" as he couldn't be a company office holder or go overseas.

But he left Ms Scaddan unimpressed after it emerged Mr Dixon was among three people who had pointed the finger at him when police asked who was behind the hay bale stunt.

After shouting at the magistrate, he threw his eyewear, which hit a table. He was then grabbed by Senior Constable Michael Budrovich, told he was under arrest and bundled out of the courtroom.

Culleton was allowed back in after he calmed down and continued cross-examining witnesses until Ms Scaddan said the part-heard case would resume next year.

Mr Culleton allegedly surrounded a $27,000 car hired by bank-appointed receivers with hay bales in March 2015, forcing them to leave it at his friend’s farm. Source: AAP

There were too many witnesses to get through and the case had only been set down for one more day, she said.

Culleton unsuccessfully made one last-ditch attempt to have the case thrown out and have his bail conditions removed before the matter was adjourned.

"I cannot go forward in the business world while I have a yellow sticker on my forehead. I am not going to go out of the country," he said.

"I do apologise for my venting but I'm trying to remain calm and civil.

"I have never shown disrespect to the court but ... I do have a release valve, your honour."

Sen Const Budrovich, who gave evidence earlier this week, told reporters Culleton was lucky to have dodged a contempt of court charge because the magistrate wanted to keeping going with the case.

Outside court, Culleton denied he acted with rage and had left the magistrate unimpressed.

"There was no outburst," he said.

"I'm allowed to vent and say there's no case to answer.

"My outbursts have been nowhere at any level that exceeds her outbursts on some occasions.

"I respect the court but like I said to the magistrate, this is a very serious matter."

Culleton has previously said he was the spokesman for the farmers that day so he'd been "nailed to the mast", and insisted to reporters that he didn't steal the car or make anyone else deal with it.