US infectious disease expert Anthony Fauci says he has no idea why the White House would seek to discredit him, calling the move a major mistake. 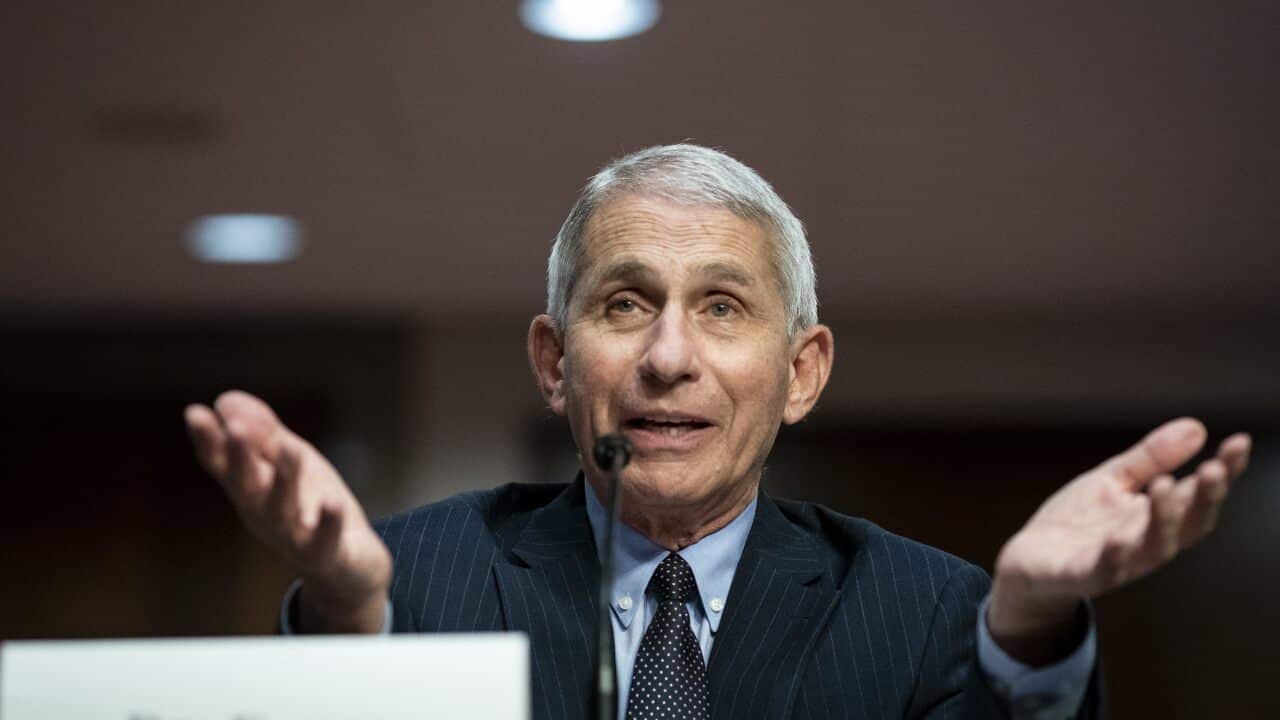 US infectious disease expert Anthony Fauci says he does not understand the White House effort to discredit him and urged an end to the divisiveness over the country's coronavirus response, saying "let's stop this nonsense".

The White House over the weekend distributed a list of statements Dr Fauci made early in the pandemic that turned out to be wrong as understanding of the disease developed, according to media reports.

US President Donald Trump said this week he valued Dr Fauci's input but did not always agree with him.

Advertisement
"You know, it is a bit bizarre. I don't really fully understand it," Dr Fauci said in an interview with The Atlantic.

READ MORE
Who is Anthony Fauci and why is the White House targeting the top infectious diseases expert?

He said he believed the people involved in releasing that list, which was misleading because it did not include the entirety of Dr Fauci's statements or other context, are really "taken aback by what a big mistake that was".

"I think if you talk to reasonable people in the White House they realise that was a major mistake on their part because it doesn't do anything but reflect poorly on them. And I don't think that was their intention," Dr Fauci said.

White House tensions with Dr Fauci have risen with the decline of Mr Trump's popularity in opinion polls over the president's handling of the outbreak.

Dr Fauci, who has become a popular and trusted figure during the coronavirus outbreak, came under criticism from Mr Trump and some of his Republican allies as he cautioned against reopening the US economy too soon.

The recent spike in coronavirus infections, primarily in states that were among the earliest to lift coronavirus restrictions, put Dr Fauci on a collision course with the White House.

"One of the things that's part of the problem is the dynamics of the divisiveness that is going on now that it becomes difficult to engage in a dialogue of honest evaluation of what's gone right and what's gone wrong," Dr Fauci said.

"We've got to own this, reset this and say OK, let's stop this nonsense and figure out how can we get our control over this now."

The White House has denied Dr Fauci has been sidelined.

Dr Anthony Fauci has been leading the US response to COVID-19. Source: AP

Before departing for a trip to Atlanta, Mr Trump was asked whether Mr Navarro had gone rogue.

"Well he made a statement representing himself. He shouldn't be doing that. No, I have a very good relationship with Anthony," Mr Trump said.

Dr Fauci said he did not understand Mr Navarro.

"I can't explain Peter Navarro, he's in a world by himself. So I don't even want to go there," Dr Fauci told the Atlantic.

Dr Fauci said in a Financial Times interview last week he had not briefed Mr Trump in two months.

He said on Wednesday his advice is passed onto Trump indirectly, via Vice President Mike Pence, who heads the White House coronavirus task force.

News and information is available in 63 languages at
sbs.com.au/coronavirus.