Anti-racism campaign to combat discrimination against Indigenous and African Australians

A new campaign has been launched by the Australian Human Rights Commission to combat racism experienced by Indigenous and African Australians. 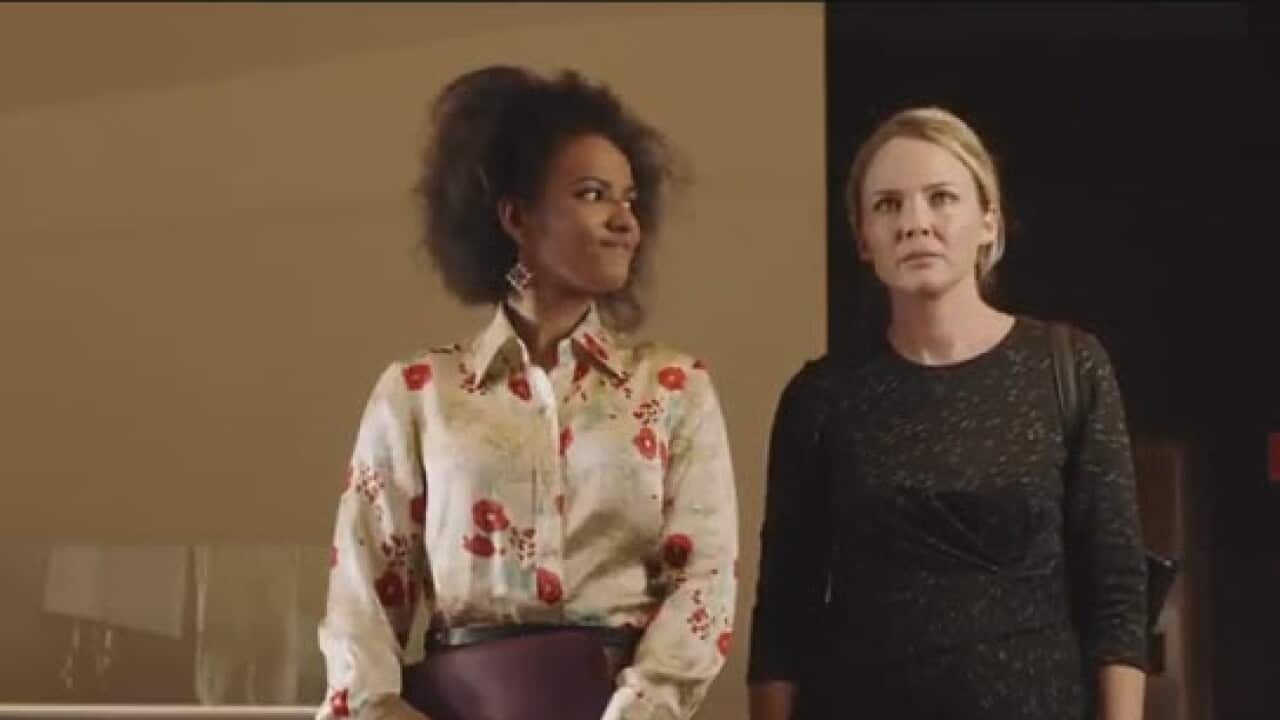 Screen grab from the Racism - it stops with me campaign video Source: YouTube

At nineteen Jafri Katagar left Uganda for a better life in Australia.

But since moving to Melbourne he said he has encountered racial abuse and violent attacks on a bus, in hospitals and the workplace.

“I felt like leaving Australia and going back to Africa because of the way I was treated,” Mr Katagar told SBS World News.

Advertisement
Despite this the Ugandan migrant fought back to raise awareness by holding “Stop Racism Now” signs on the streets of Melbourne.

“People tell me, “Go back to your country, if you don't like it here. Why did you come here?” the 30-year-old said.

Just two weeks ago he said someone yelled abuse about his appearance.

“I didn't want to react because you know you cannot react to racism that way. I've been abused many times and I don't want to fight anybody so I pretended I didn't hear,” he claimed.

The Australian Human Rights Commission has launched a new public awareness campaign to combat racism and illustrate how discrimination can play out in every day settings.

Videos titled: ‘Racism It Stops With Me’, depict acts of discrimination in the workplace and on the street experienced by an Indigenous man and an African Australian woman.

The campaign which will be screened on television and social media for the next two months, also encourages Australians to take a stand against racism wherever it happens.

“We have developed these Community Service Announcements because we want to raise awareness of everyday racism and its impact. We also want people to know they can speak up, step in, and put a stop to racism.

“This campaign is about empowering people to identify racism and to respond appropriately and safely. People can be more than just bystanders.” Dr Soutphommasane said.

“We also know that Aboriginal and Torres Strait Islander people and people with an African background experience extremely high levels of racial discrimination.”

According to the Scanlon Foundation’s ‘Australians Today’ survey, 54 per cent of respondents with an African background and 59 per cent of Indigenous respondents experienced racial discrimination in the last 12 months.

At the AHRC, 54 per cent of Racial Discrimination Act complaints received in 2015-16 were made by Indigenous Australians and a large number of complaints related to employment.

Professor Kevin Dunn from the University of Western Sydney has looked extensively at racism in Australia said he is not surprised employment is a key area for racism.

“Aboriginal Australians have twice the reported rate of experience of racism in the workplace contrasted to non-Indigenous Australians.”

Despite previous anti-racism advertisements, Professor Dunn said the battle against racism is ongoing.

“While the roots of anti-Aboriginal sentiment is historic and are linked to colonialism, negative attitudes towards Aboriginals are enforced daily through the media... popular culture representation, increasingly it’s the way things are represented online, not just in memes and imagery, not just from far-right groups but sometimes in the commentary and debates, that you see in the blogs at the end of news stories.”

“There are stereotypes about Aboriginal Australians as being lazy, as having an expectation of entitlement, as being the recipients of an unfair amount of social welfare, the negative attitudes towards Aboriginals are pretty confronting.”